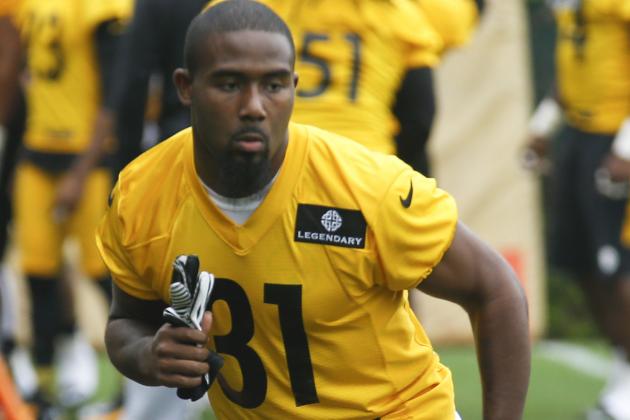 In spite of the fact that he won college accolades, even awards, for tying an NCAA record in recording an eye-popping 14 interceptions during his final collegiate season, the tape study revealed a much uglier body of work than the numbers would lead one to believe.

Before the analysts really got a good whiff of his film, there were even early, early first-round projections for Holliman, which quickly changed to mid-round, then to late-round or priority free agent by the time the draft actually rolled around.

The Steelers, in a bind as far as turnovers go over the last several seasons, tweaked their draft focus a bit by taking defensive backs who showed as the collegiate level that they could intercept the ball. Their fourth-round cornerback had five interceptions in 2014. Their second-rounder had 10.

Holliman nearly equaled their totals combined on his own, and the front office thought that that potential was worth taking a flier on to see if the rest of his skills could be developed, given that he was not a very experienced player.

His major deficiency, of course, was his woeful tackling—could you imagine him in the starting lineup for the Steelers last year with their tackling issues?—and that didn’t go away at all over the course of training camp and the preseason, who it should be no surprise that he didn’t make the roster, or even the practice squad.

Holliman was added to the Buccaneers’ practice squad at the tail end of the season and signed to a futures contract after the final regular season game, so he at least has a second chance in the league.