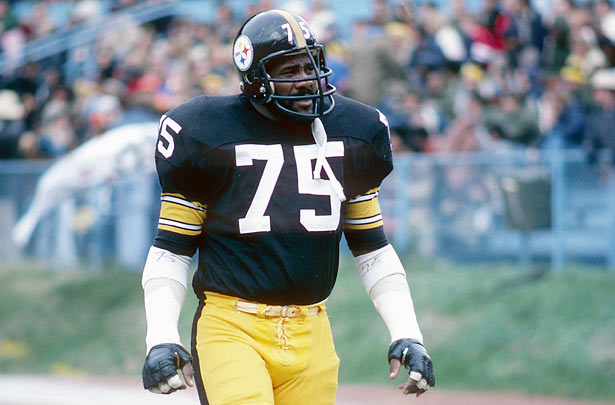 The most impressive individual award to me outside of the Hall of Fame inductees, however, would have to go to Houston Texans defensive end J.J. Watt, who became just the second player in NFL history to claim three AP Defensive Player of the Year last night, an astounding achievement in the 45-year history of the award.

The only other player ever to receiver the recognition on three separate occasions was Lawrence Taylor of the Giants, who to this day is the only player to ever earn the title as a rookie. In fact, Taylor won the award in his first two seasons, and again four years later in his sixth season.

Incredibly, Watt has earned the Defensive Player of the Year Award three times in his first five NFL seasons, including three of the last four years, and for two consecutive years running, currently. His streak of dominance in this category is unparalleled—and justified.

Taylor and Watt are the only players to ever win the award in consecutive seasons—but they are not the only ones to win it multiple times. Four other players, including the Steelers’ own Joe Greene, have won it twice—and Greene might have joined Watt and Taylor had it not been for his teammates.

You see, from the period of 1972 to 1976, a span of five seasons, the Steelers dominated the Defensive Player of the Year category, winning four times, with Joe Greene earning recognition in 1972 and 1974. Cornerback Mel Blount earned the title in 1975, and Jack Lambert followed him in 1976. Greene was a Pro Bowler in each of those seasons, and a second-team All-Pro in 1975.

That just goes to show how dominant the Steelers of that era was, however, that they could spawn four times in a five-year span the best defensive player in the league, and that they did so with three different players—when the truth is that, in some years, the voters could have had their pick of Steelers players to recognize.

And the Steelers didn’t go into hibernation in the award category after that, even if it took a while. After a drought of 17 years, Rod Woodson brought the Defensive Player of the Year Award back to Pittsburgh, becoming the second Steelers cornerback to earn the title after Blount. Both are now in the Hall of Fame.

In recent years, the Steelers have seen James Harrison win the Defensive Player of the Year in 2008, a Super Bowl season, becoming the first and still only undrafted player to ever receive the recognition. Two years later, in another Super Bowl appearance, safety Troy Polamalu was awarded.

In all, the Steelers have taken home seven Defensive Player of the Year honors in the AP’s 55 years of handing it out. It is the most in league history by a comfortable margin, with each of the Ravens and Giants having taken the title four times. The Buccaneers, Dolphins, Bears, Bills, and now Texans each have taken the title three times.