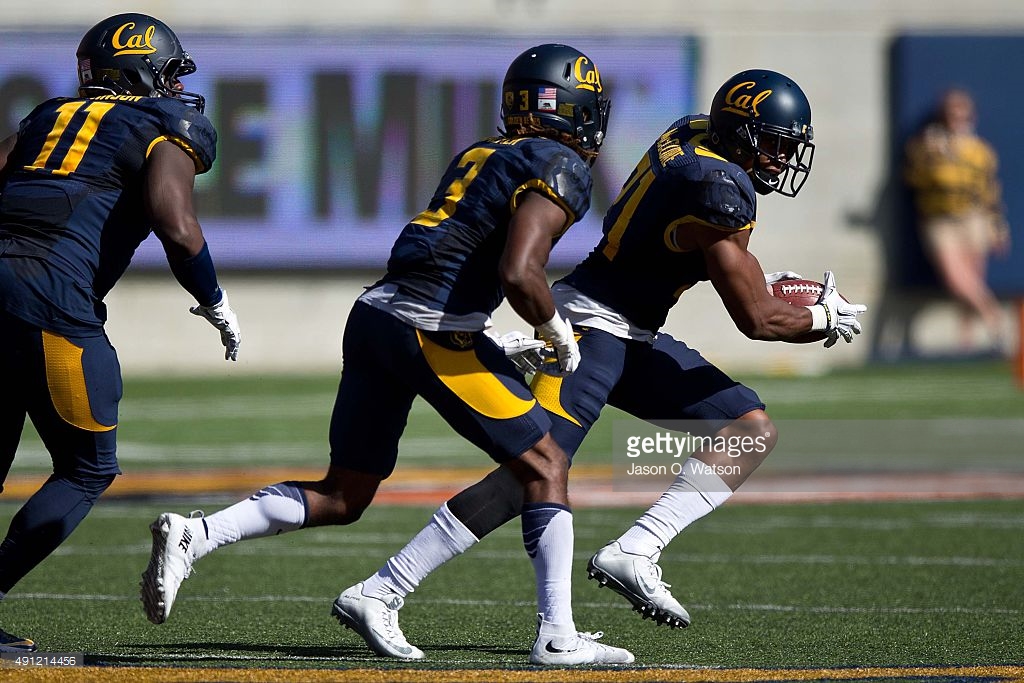 Excited to be able to bring you all an exclusive interview with California safety Stefan McClure. Great interview jam-packed with fantastic content, especially talking to Stefan about film study and pre-snap keys. We’ll definitely have a full scouting report on him later in the draft year. He is not currently a highly touted prospect, ranked the 21st best SS by NFL Draft Scout but is a name to watch as we work through the draft process.

Special thanks to his agent Aaron Gordon for helping to make the interview happen.

1. Light question to start. Has it hit you yet that you’re taking the journey into the NFL. Are there nerves? Angst? Or has it not really sunk in yet.

There’s no nerves yet but yeah, it kinda hit me with that training schedule. Everything thtorhogut my day is devoted to football and nothing else. It hit me that I’m starting this journey yet. But no nerves yet.

Yes. Same knee (right). I didn’t miss any games for [the quad]. I strained my calf in 2014 and missed like three games.

3. What have you learned about yourself dealing with and recovering from those injuries? Was any one injury tougher to deal with?

4. By the time you’ve missed your third year due to injury, do you take it in stride because you know what to expect? Or is it even more frustrating to deal with it again?

It’s more so frustrating. Just like, frustrated, mad, that you’re missing something. Especially for an injury like that. It’s a time thing and you just gotta get your body to recover and heal up as fast as you can.

5. How did you still stay engaged and connected to the team while rehabbing?

Still just trying to no matter what rehab I’m doing try to still be in the film room, still study film, in the weight room, lifting with the team. Still push yourself to do the best you can that way in terms of lift. And just being there. Helping guys, watching practice, and just things that you see. Making comments, helping guys get better in practice.

6. How rewarding was it to be named a team captain this year? What did that mean to you?

I’d say my sophomore year would be the most rewarding. Because I didn’t even play the whole previous year before and was coming off the ACL injury. And so it was huge to get back out there and have my teammates vote for me three years in a row to be a captain. So it’s really just rewarding and an honor that my teammates see me as someone who can lead them and that can hold them accountable and someone who can hold himself accountable.

7. Tell me about your role on defense. What kind of coverages did you run. Have often did you play in the box? Centerfield?

My first year we ran a 3-4 so a lot of blitzing, a lot of disguising, a lot of rolling coverages. And my last three years there we ran a 4-3, a quarters based defense with mixing in some man and Cover Zero in there. My role was, depending on the gameplan, we got to mix it up a lot this year. One of the safeties getting to go in the box and read the tight end and the wing, really playing at a linebacker type depth.

And the other one was deep middle. If I was in the box, then to be assignment sound in the run game. I’m reading the guard and reading the tackle. If I’m deep middle, make sure everyone Is lined up and know where your threats are and how many verticals are coming your way.

8. So you’re comfortable doing it all defensively?

Yes. Done both and I played corner and nickel my first two years.

9. Were you the one making checks/calls as the deep safety?

Yeah a big role in communication. And I kind of helped in general. Our safeties had a lot of control of making the calls and putting us in the right position to make plays. So that was one of my roles. I enjoy it. Studying it. And being a fifth year senior, an older guy, finished school pretty early, so I got to focus on football. I graduated in three and a half years so I was really just in film study and know what’s going on out there.

10. What are your keys pre-snap? What do you look for in an offense?

A lot of teams are running up-tempo, you’re looking at what formation they give you. And then once they give you a formation you kind of process through your film study. With film study, I look for tendencies. What they like on first and second down. What they like on certain personnels. If they’re in 10 personnel, are they more pass or zone read? Do they run combo plays? They might have zone read left and bubble right.

When they get into 12 personnel or 2 running back sets, are they more downhill run, stretch. Are they trying to set up playaction. And when they get into a spread type personnel, what type of plays do they like to run? Third down, are they running routes to the sticks? Are they breaking routes at the sicks? Are they a vertical passing game? Are they running a lot of deep posts where the quarterback is reading left to right where it’s like, he has a left route, up the seam route, and a route to the right.

Or is he reading it in levels where he has a shallow drag, and he has a dig behind that, and he has a post down the field. Shallow, deep, short, or vertical like left to right? So we always pay attention to the routes and concepts and what are there favorite plays.

And then when you get into the game, pre-snap, you’re looking at like, they have double tight ends here so they like to run tight end side. And it’s two back so you’re looking for this. It’s really just processing all that film study and if you study film right then it comes to you pretty easy.

11.What special teams experience do you have? What units have you played on?

I’ve played on early in my career, punt, kickoff, and punt return, out there on an island. One of the gunners on punts and a gunner on kickoffs.

12. Someone might look at your stats and criticize the fact you had only 2 interceptions. Do you think you can be a playmaker in this league?

I believe I can be a playmaker in the NFL. You also gotta look up touchdowns given up. And really you just gotta watch the film and see what stuff was open and what stuff was taken away. And what type of defense you were running. There are a lot of things that play into a defense. But I’d say if you’re looking at career picks you gotta look at touchdowns given up, catches given up, targets thrown your way. And that type of stuff also. To get picks, they really gottta be throwing the ball at you.

13. You’re training with Todd Durkin, who has trained high-profile players like LaDainian Tomlinson. What are you learning from him?

14. Off the field, you’ve done a lot of community work, including going to juvenile halls to speak to kids. Why is that so important to you and do you have a message when you go speak to those kids?

Really it’s a little bit of both. Listening to those kids and trying to be a positive role model in their life. It’s just important because I’ve been blessed with this platform to play this sport and get my schooling for free. So just trying to give back to the community as much as I can. As far as being a role model for those kids, and they can make those right choices now and get on the right path ad further their education and they can be successful. They don’t have to follow the same path of what their friends are doing, or what they see their parents doing. But they can make a difference.

15. Is that something you’ve always done? When did you get involved?

It was a little bit back in high school and doing community service, giving back to elementary schools. They got a great program at Cal with Kevin Parker who really handles the community outreach stuff. He’s all about getting out in the community. He’s from Oakland so he’s experienced a lot of that stuff. I never grew up experiencing Oakland or any other troubled areas. So it was great to be able to give up. And once you give back once and you see the struggle those guys go through it’s like, ‘man, I want to help as much as I can.’ Just being a positive influence in those young kids lives.

16. What are your post-NFL aspirations? Saw you had an interest in broadcasting, did some sideline work for the PAC-12 Network, but also got involved in your athletic department.

Really what’s caught my eye is the broadcasting. I’m really intrigued by the broadcasting and into it. Speaking about sports, play-by-play, sideline reporting. That was real fun that the PAC-12 let me do. Also I’m interested in becoming an athletic director. So I worked with the athletic department at Cal and got some experience doing that.