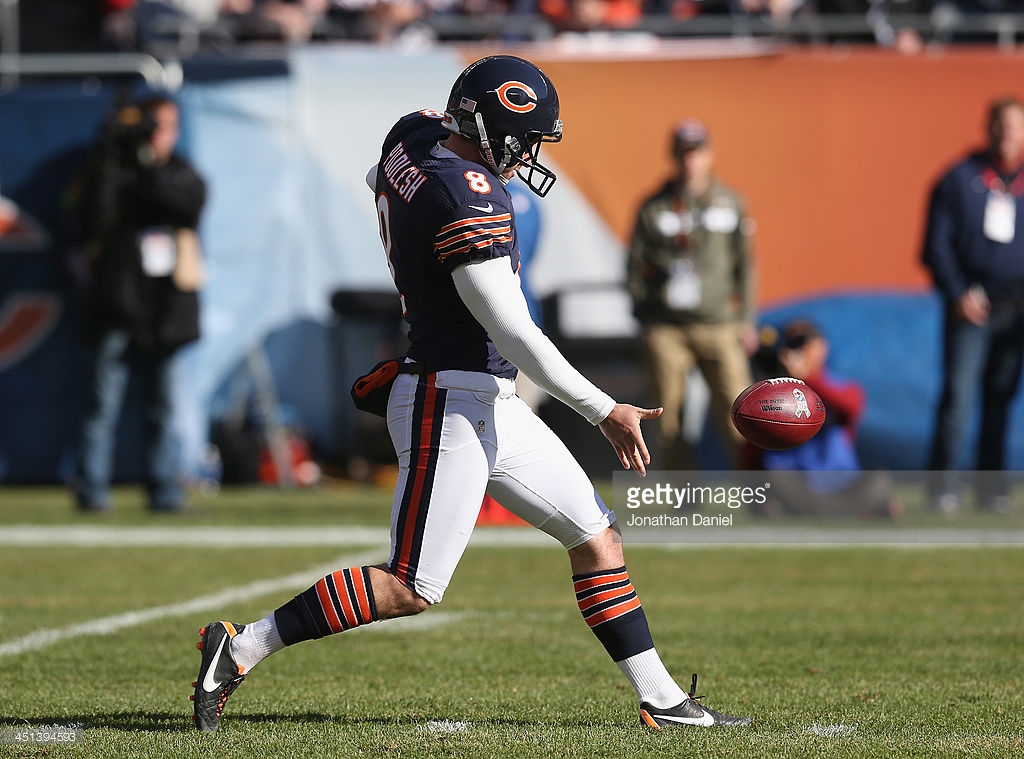 Though he never so much as spent a day in training camp with the Pittsburgh Steelers, most fans still remember punter Adam Podlesh.

Signed in 2014, Podlesh expected to compete with Brad Wing in training camp. But his wife, Miranda, had life-threatening complications from her pregenancy and Podlesh chose to remain at home to be with her, even after they had their son. He was placed on the team’s reserved/did not report list on August 12th and officially released on the 30th.

Now, according to First Coast News, Podlesh is angling for an NFL comeback.

“I had told [Steelers general manager] Kevin Colbert and [head coach] Mike Tomlin that I wasn’t going to be able to report; I needed to stay back for many reasons. I wasn’t even mentally ready to get back to punting in the NFL,” Podlesh told FCN about his mindset following his wife’s delivery.

Now, he’s looking to get back into the league. His last NFL punt came in 2013 with the Chicago Bears, averaging 40.6 yards per kick, a career low.

“I feel like I should give it another shot as long as it’s feasible for my family.”

The Steelers have lined up a large group of special teamers for its offseason roster. There are three kickers: Shaun Suisham, Chris Boswell, and Ty Long, the latter signing a futures deal several weeks ago. And there are two long snappers – Greg Warren and the newly signed Matt Dooley. But there is still just one punter, Jordan Berry, who beat out Wing in camp last year and spent the entire year with the team with mixed success.

It’s impossible to say if the Steelers still have interest but it would make for a logical starting point. It’s not as if Podlesh ever really lost out or the team soured on him. It was only a matter of rare and unfortunate circumstance that got in the way. The team always brings two punters into camp to provide competition and rest for the incumbent, making it only a question of when, not if.

Maybe that involves bringing in a brand new face. But if the team can bring back Roy Philon, for reasons that still aren’t clear to me, you have to at least think bringing in Podlesh for a redemption chance is a possibility.