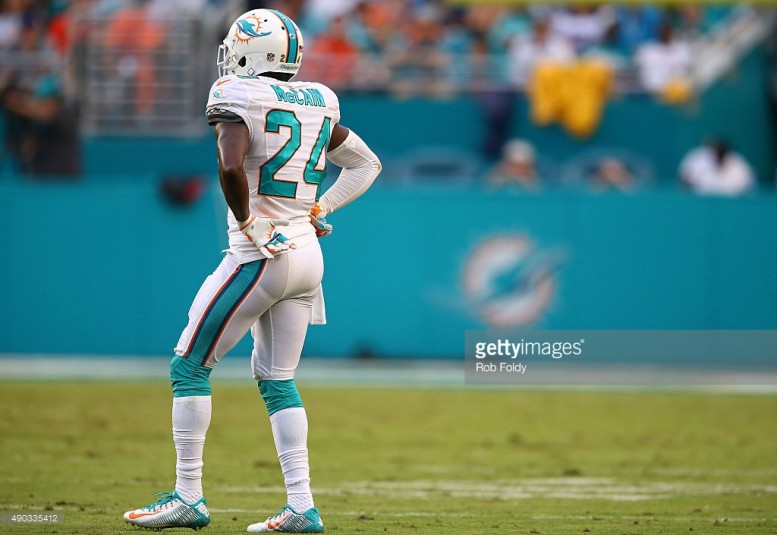 Last offseason, the Miami Dolphins signed cornerback Brice McCain to two year, $5.5 million contract after he spent the 2014 season with the Pittsburgh Steelees. McCain, however, reportedly won’t see a second season in Miami as he’s been told he will be released.

Dolphins have informed #TeamDEC client @McCain21 he is being released

While McCain will likely get a head start on the other free agents if released prior to the start of the mew league year, his market value is now likely right around the veteran league minimum or slightly higher. If Pittsburgh has any interest in bringing him back for another year, you can bet they would only do so for the minimum with no guarantees he makes the final 53-man roster.

Strangely enough, the Steelers are expected to receive a seventh-round compensatory draft pick this year for the loss of McCain last offseason in free agency.