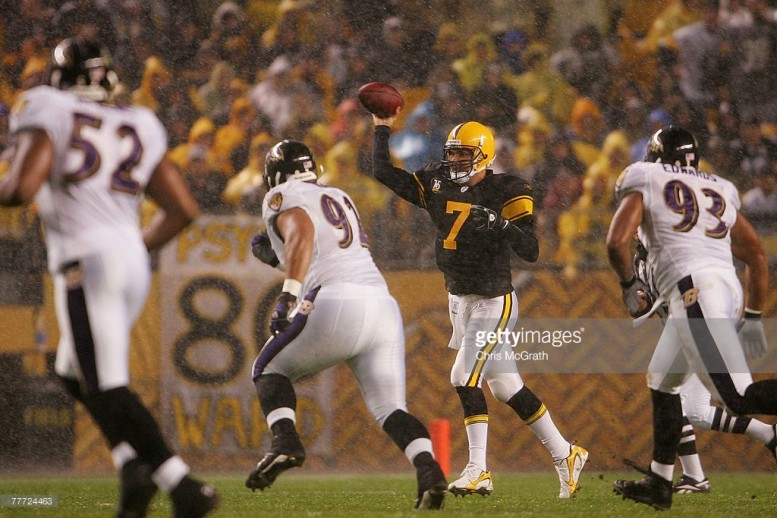 From Willie Colon to Brett Keisel and Heath Miller, Ben Roethlisberger’s closest friends have always been pretty evident over the years.

Now, Roethlisberger has been forced to watch all of them leave, either through free agency of retirement.

Teresa Varley of Steelers.com caught up with Roethlisberger and has several fantastic quotes on his reaction to Miller’s retirement. I certainly don’t want to just copy and past all the information, so please go check out the article on the team’s site when you’re done here. But a couple notable selections, ones you can tell show how much Miller meant to Roethlisberger.

“Probably hands down the best teammate I have been a part of…it’s hard to talk about Heath, and I said this talking to him, it’s hard to do it without getting emotional. That’s how much he has meant to me as a football player, teammate and friend,” Roethlisberger told Varley.

Roethlisberger and Miller have been teammates for all but one season, Ben’s rookie year in 2004. Back-to-back draft picks in ’04 and ’05, and arguably the only better duos in team history was Joe Greene/Terry Bradshaw and Roethlisberger/Troy Polamalu. That in itself creates a special bond before even talking about the very real friendship the two enjoyed.

On the field, there was a level of trust Roethlisberger may never have again in his career.

“When there was trouble, I knew he was going to be in the right spot…there were times I would ask if he was open and he would say no and I knew he was. That was the selfless part of him.”

In Miller’s career, he caught 592 passes for 6569 yards and 45 touchdowns, tops for any Steelers’ tight end in franchise history. He was a leader, in a quiet way, but Roethlisberger told Varley everyone listened when Miller did decide to speak.

“He didn’t do it a lot, but when he did everyone listened. Just a guy that always put the team and everyone else ahead of himself.”

Like I wrote above, click the link, which I’ll again provide here, for Ben’s full comments to Varley on Miller. It is well worth the read.