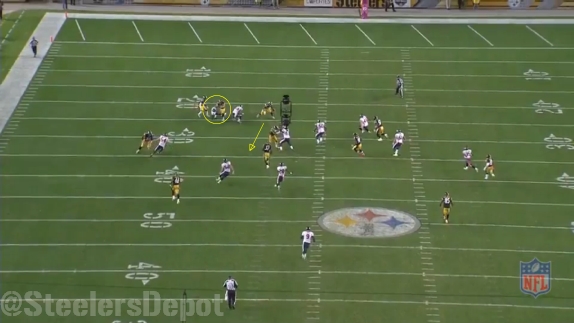 Over the course of the past six months or so, there have probably been about 50 or so heated discussions of varying temperature surrounding the ability, or lack thereof, of Pittsburgh Steelers cornerback Antwon Blake.

Blake, the now four-year veteran slated to hit free agency after starting 18 games including the playoffs, has been a lightning rod of criticism recently, and certainly much of it has been justified based on his level of play on the field, the greatest concern being the frequency with which he missed tackles.

Another factor that tends to be dismissed for those advocating for a one-way exit from Pittsburgh, however, has been his special teams contributions—or rather his ability to contribute to special teams, because 2015 proved not to be what we have come to expect from Blake in that department.

In fact, in conjunction with his move into the starting lineup, Blake’s usage on special teams precipitously declined, and dramatically in key areas, in a manner that clearly suggests an effort on the team’s part to limit his special teams snaps due to the defensive workload that he was being asked to take on.

Most starkly is the fact that he basically was not used as a gunner during the 2015 season. While I may have missed an instance or two, the only appearance of Blake as a gunner came on the one punt that the Steelers had in the first Browns game, which was also the one game that Shamarko Thomas happened to miss, which is likely not a coincidence.

But Blake has been essentially the team’s best gunner in punt coverage for the past two seasons, so why would they take him off of this unit? After all, it’s why the Steelers originally claimed him off waivers in the first place, and how he first earned his keep on the team.

Working as a gunner is a fairly physically demanding position on special teams, and it also happens to come immediately before the defense takes the field, so this is why I suspect that the Steelers dramatically limited his role in that area. That and the fact that they were comfortable with their ability to replace him with other competent gunners, for the most part.

What was surprising to me in my review is the fact that he logged a tremendous amount of time—in fact, the bulk of his special teams work, by a wide margin—not as a gunner, but as a jammer. And he actually did a pretty good job of it, understanding that the success ratio for jammers is not great to begin with.

Another former cornerstone position for Blake on special teams was on kick coverage, but again, this is a special teams play that immediately precedes the defense taking the field, so his work on this unit was limited, and even in the games in which he did participate—which became non-existent late in the year—he was often rotated out in the second half.

Part of the decision to reduce his overall workload was no doubt also made for the team due to his injury, which made it a struggle for him to tackle—kind of a necessity on coverage units. But he did have one nice special teams tackle on a kickoff in the second game of the season, cutting through the blocking scheme to make the stop at the 13-yard line.

Tomorrow, I will go into more detail about my findings about Blake’s work on special teams last year—particularly his work as a jammer—in the games that I reviewed, and why this past season’s perception of his work on special teams is not indicative of his potential and future value in that arena. You might as well read it and accept it, given the likelihood that the Steelers re-sign him.