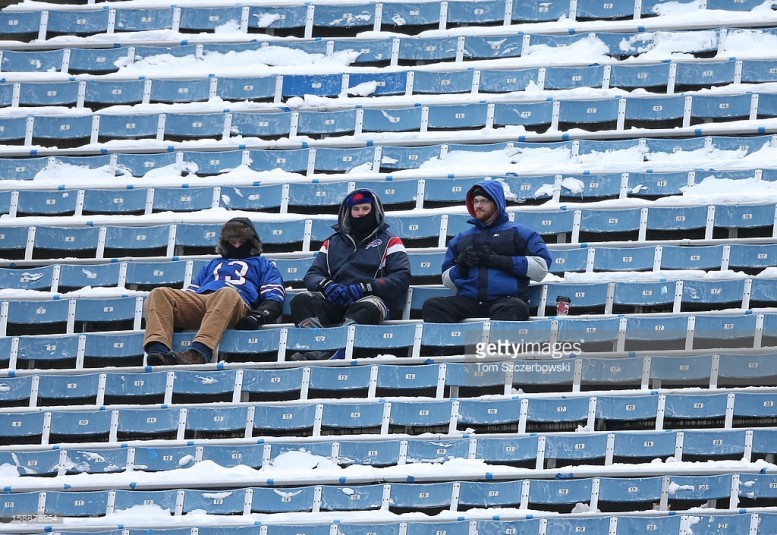 In order to make the playoffs this weekend the Pittsburgh Steelers need to beat the Cleveland Browns and hope the Buffalo Bills can upset the New York Jets at home. By the looks of things right now, weather could play a big role in both of those games

Weather.com is currently calling for temperatures in the low 30s with snow on Sunday in both Cleveland and Buffalo. On Friday, the Bills even put out a call for snow shovelers to help clear out their stadium and are willing to pay $10 an hour in order to accomplish that.

The winds in Buffalo on Sunday are expected to be in the 20 mph range at times which could affect the passing and kicking games of both teams. If the game comes down to which team can run the football the best, the Bills enter Week 17 ranked first in the league in rushing yards per game and per play. The Jets defense, on the other hand, is currently ranked tops in the league in rushing yards per game allowed and fifth overall in yards per play allowed.

The Bills will be without starting running back LeSean McCoy on Sunday against the Jets and that will result in a mix of Mike Gillislee and Karlos Williams at running back against the Jets, who will counter that two-headed attack with a three-headed one of their own consisting of Chris Ivory, Bilal Powell and Stevan Ridley.

If you’re a Steelers fan, you probably need to root for the current weather forecast in Buffalo to come to fruition as that might be the Bills best chance at knocking off the Jets a second time this season.