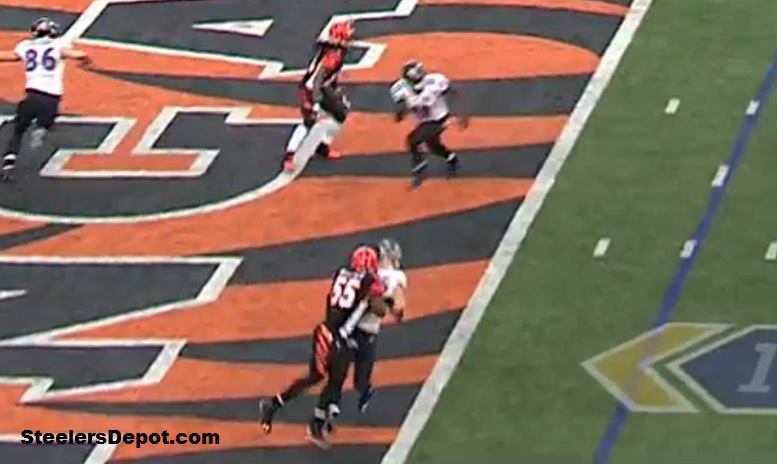 Cincinatti Bengals linebacker Vontaze Burfict will likely be fined for his hit Saturday night on Pittsburgh Steelers wide receiver Antonio Brown in the AFC Wild Card and based on his history, he’ll likely be suspended as well.

We’ve already shown you several of the things Burfict did Saturday night and on Sunday, Baltimore Ravens offensive lineman John Urschel reminded us on Twitter what Burfict did in the regular season finale against his team.

As you can see, Burfict blindsided Ravens tight end Maxx Williams near the goal-line. He was not penalized on the play, however, in addition to not being fined. While the hit was withinn 5 yards of the line of scrimmage, it was dangerous nonetheless.

It will be interesting to see how long Burfict is suspended for next season and my guess is that it will be for one game even though it should probably be two. The guy just has too much history of dirty play in his resume to not be sat down.

People who think Burfict's hit on Antonio Brown is bad need to look at his hit on Maxx Williams last week. https://t.co/05ZOQtzKaB