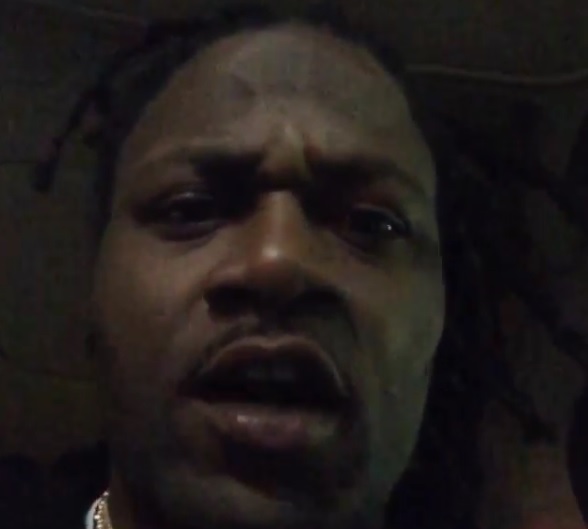 If a picture tells a 1,00 words, the NSFW video that Cincinnati Bengals cornerback Adam Jones posted on his Instagram account following his team’s loss to the Pittsburgh Steelers tells 10,000 words with a lot of them being profane.

Jones takes offense to Steelers linebackers coach Joey Porter being on the field after Bengals linebacker Vontaze Burfict hit wide receiver in the head after a pass flew over his head late in the game. Jones apparently reacted to something Porter said on the field while Brown was still being attended to and he pushed the Steelers coach from behind which resulted in another personal foul penalty.

Those back-to-back penalties on Burfict and Jones set the Steelers up in field goal range and kicker Chris Boswell delivered the eventual game-winner with 18 seconds remaining.

I like how he calls Joey, Jerry. Too funny.

UPDATE: In the least surprising move of the century, Jones has deleted the video. Until we can get another embedded link up, the fine people over at Deadspin saved the video. Enjoy.

After deleting the original, Jones posted this video.