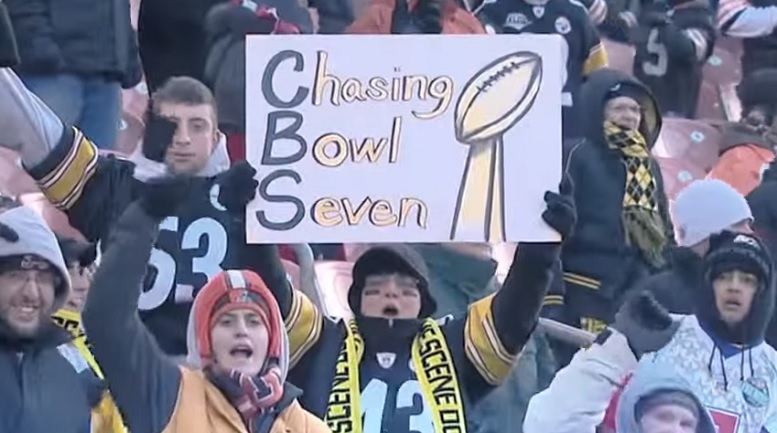 As if you needed anything else to get you more pumped up for the Saturday night AFC Wild Card game between the Pittsburgh Steelers and the Cincinnati Bengals, the folks at Benstonium have just released the video below that’s sure to get your black and gold blood flowing.

The Steelers clips in this video are set to the song “Nothing Else Matters” by Metallica and as usual, it’s very well produced.

The Bengals and Steelers split their regular season meetings this year and this time around Cincinnati will be without starting quarterback Andy Dalton, who suffered a fractured thumb in the Week 14 meeting between the two teams that Pittsburgh won at Paul Brown Stadium.

The Steelers, on the other hand, will be without running back DeAngelo Williams Saturday night due to a foot injury suffered last Sunday in the regular season finale.

Kickoff is scheduled for 8:15 p.m. ET Saturday night in Cincinnati.