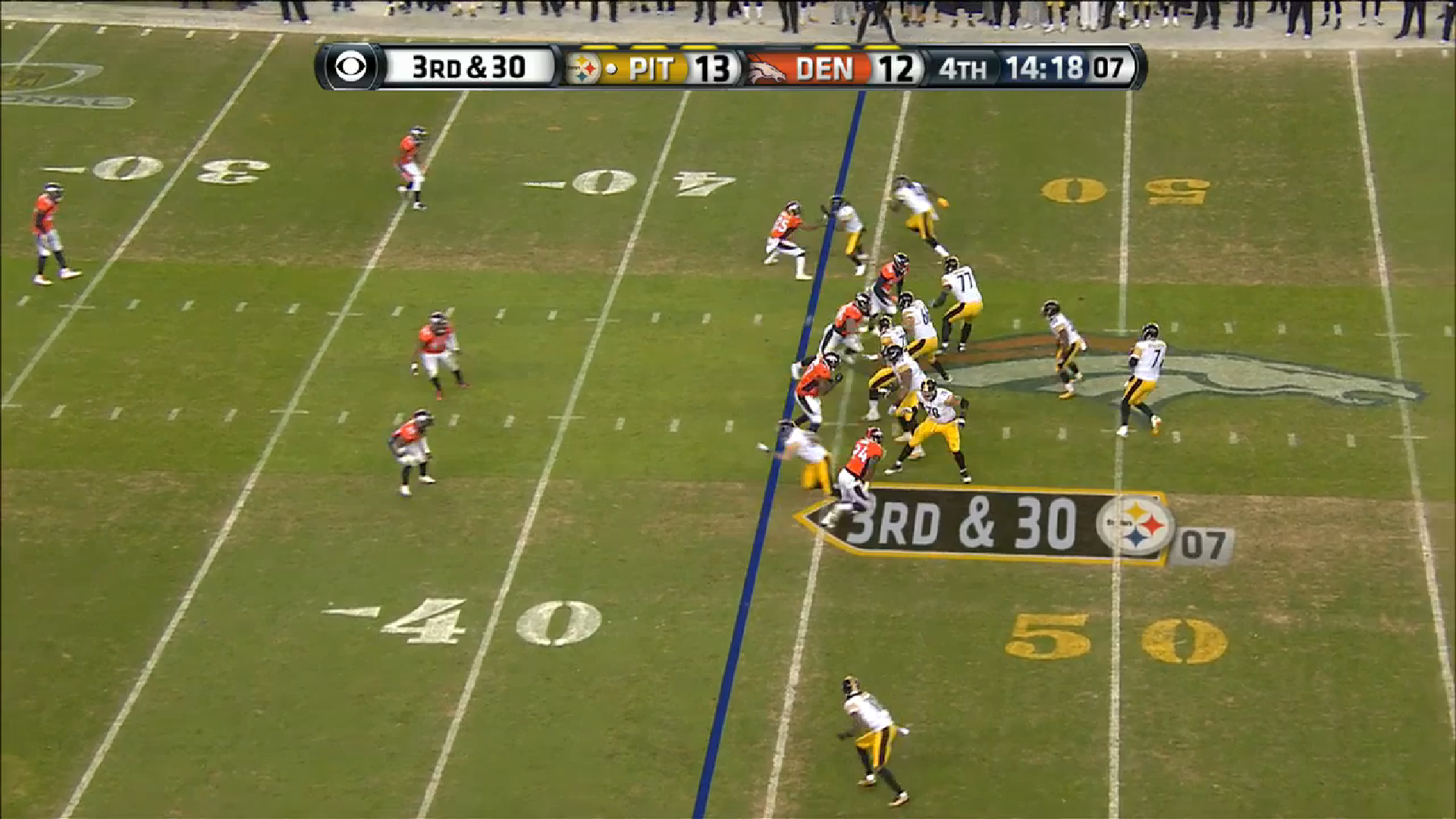 The Pittsburgh Steelers offense put up 34 points during the postseason this year. I should be more specific—the Steelers offense posted 34 total points over a two-game span during the 2015 playoffs, an average of 17 points per game. The same offense that scored 30 or more points in six straight games and finished fifth in the league in scoring with 26.4 points per game.

During the playoffs, they posted a figure nearly 10 points lower, and their 18 points to beat the Bengals was the second-lowest winning score posted thus far, behind only the Seahawks’ 10 points in a bitterly cold and windy Minnesota meeting with the Vikings. And they scored 24 points in their next game. the Steelers scored 16 points as an encore.

One of the biggest differences, from a zoomed out perspective, that I can see, and is frankly easy to identify, was the abysmally worse productivity in extending drives by converting on third down. The Steelers had a great deal of scoring chances fail because of the inability to convert one last third down.

That overall figure, naturally, factored in the four full games, plus parts of others, that were quarterbacked by Landry Jones and Mike Vick. Up to that point, the duo had combined for a success rate of about 18 percent, converting just 10 of 57 third downs. But under Roethlisberger, the offense had converted a league-best 54 of 105 first downs entering the game, which worked out to an absurd 51.4 success rate. New Orleans led the league with a 48 percent conversion rate.

But the Steelers offense was plain and simply dreadful trying to convert on third down during the playoffs, and there really isn’t any other way to put it, other than with a synonym, that would accurately categorize their performance.

Against the Bengals, Pittsburgh only managed to net two first downs during the entire game on 12 third-down plays, a Vick-like 16 percent success rate. It was even worse against the Broncos, where the Steelers converted just two first downs again, but this time on 13 opportunities.

Overall, the offense converted only four of 25 third downs during their two playoff games, which included nine three-and-outs—only one of which was on Jones, I might add, who was zero for two on third down. This as much as any other single factor explains why the Steelers put up 765 yards of offense in contrast to 34 points, or 22.5 yards per point scored.