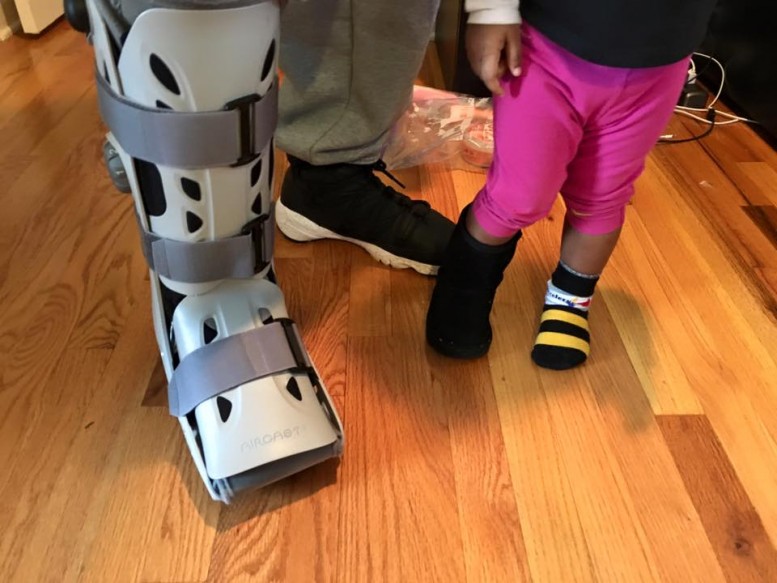 Is it his ankle?  Or his foot?  Either way, for Pittsburgh Steelers fans, it feels like déjà vu all over again, as Yogi Berra might say.  The Steelers once again head into the Wild Card round of the playoffs wondering if their talented starting running back will be able to play after sustaining an injury in Week 17.  Ever since Le’Veon Bell was placed on IR after a knee injury in Week 8 this season, DeAngelo Williams has stepped in and never missed a step.  While Bell is truly phenomenal, Williams has seamlessly taken his place in rushing, receiving, and pass protection quite admirably and proven himself to be an exceptional starter and one of the top running backs in the league.  This was clearly a case where the standard was the standard.

After a season of consistent play, Williams sustained an injury in the second quarter against the Cleveland Browns this Sunday, as his foot got trapped when he was tackled by DE John Hughes.  You can see that his ankle appears to be extended under the weight of the defensive lineman: 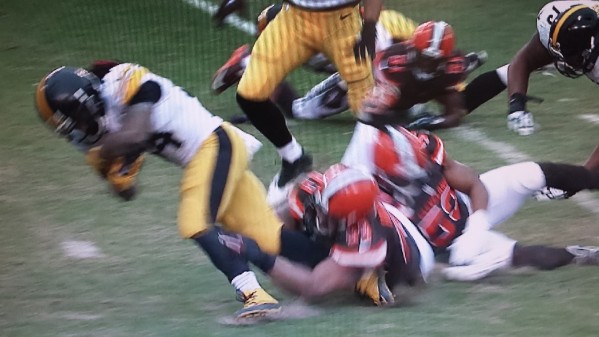 The bad news: DeAngelo was carted off to the locker room, unable to put any weight on his right foot.  The immediate good news: DeAngelo returned to the sidelines and was seen jogging to test his ankle.  The result: DeAngelo never returned to the field and was later seen greeting his teammates in the locker room wearing a boot…but appeared to walking well.  Things seem promising, what with the sideline jogging, the lack of crutches, and DeAngelo’s assurance to his teammates that the injury wasn’t serious.  Then again, swelling doesn’t usually become significant for a few hours to a day, so it was probably a slightly rosy view in the face of clinching a playoff berth.  If the Steelers season had ended, Williams would have recuperated in the offseason, and we would have heard very little detail about his ankle.

Instead, the Steelers are heading to Cincinnati for World War 3 with the Bengals, and Williams will be seriously missed if he is unable to play.  Suddenly, any small news about that right ankle has become crucial.  Here’s what little we know:

This correction from the head coach came with, unsurprisingly, no additional information.  But it makes sense that this is actually a foot injury.  Compare it to the footage of QB Ben Roethlisberger’s injury, which was later described as a mid foot sprain and looks pretty similar: 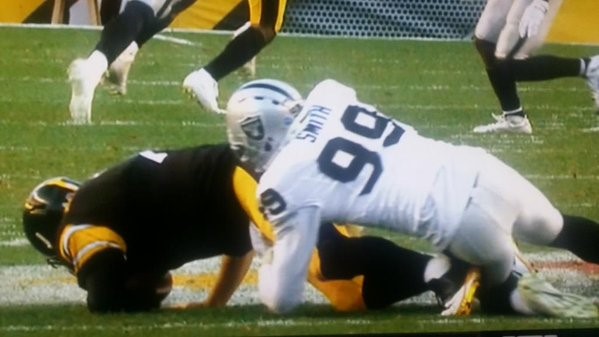 DeAngelo actually has experience with ankle sprains.  He sustained a high right ankle sprain in 2006, his rookie season, and missed 3 games.  In 2014, his final year with the Panthers, he suffered another high ankle sprain on the right.  This was treated with a cast (pink, of course), and he missed 4 games.  The mechanism looked different on his last injury compared to the current one, where his ankle was once again smashed under the weight of a tackle but that time it was rotated laterally: 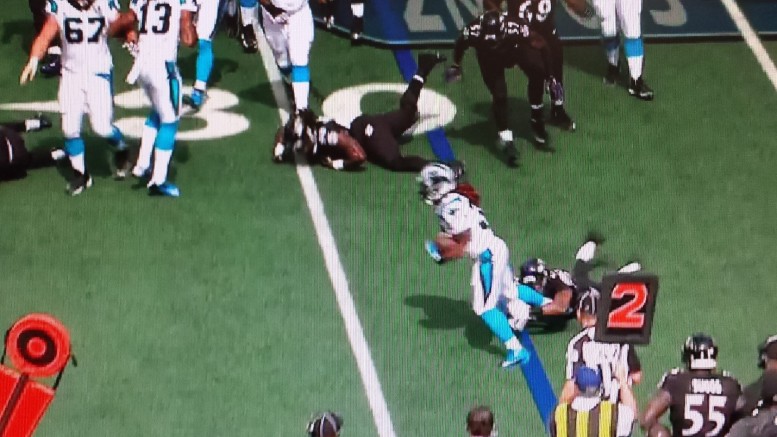 I would guess that DeAngelo doesn’t have a high ankle sprain this time, although it was described as such Monday night on NFL Network.  A high ankle sprain is a tear of the ligaments between the two bones of the lower leg, the fibula and the tibia: 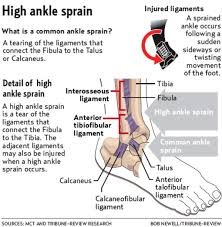 According to the American Orthopaedic Foot and Ankle Society, high ankle sprains are more common in NFL players than any other athlete, and the most common mechanism of injury is external rotation of the ankle.  This appears to be what happened to Williams in the 2014 injury pictured above.  The injury this week, however, does not show any rotation of his foot.

So even though I don’t have access to player MRIs (and believe me, I would pay way more for that subscription than I do for Game Rewind), I assume that what Tomlin said Tuesday is accurate and his starting RB has a foot injury.  If that is the case, it probably isn’t a serious injury.  If he had sustained a more complicated injury, like a Lisfranc sprain, the MRI would have shown structural damage…which it reportedly did not.

So where does that leave the Steelers, relying on a seasoned expert or turning to a young player promoted from the practice squad a few weeks ago?  Only time will tell.  There is no question about DeAngelo’s toughness or dedication.  If he can walk by Wednesday and run – even a little – by Friday, then he has a chance to face the Bengals with his teammates.  Given that Friday is a travel day and the team won’t practice, he doesn’t have much time to recover, but I would be willing to bet that he will be given every chance to make it onto the active gameday roster.  And if he can’t play this week, Williams will still be a factor.  He is clearly a team favorite, and many of the Steelers players have said that they want to help him achieve his goal to playing for Pittsburgh in a Superbowl…reminiscent of a former RB, Hall of Famer Jerome Bettis.  And if the Steelers win in Cincinnati and advance to the Divisional round, expect to see DeAngelo back as the starter.

The short answer for fans is that we will have to wait until Saturday night to find out who will start at running back.  If this were the regular season, I would bet my bank account that Fitzgerald Toussaint would be their starter.  But this is the playoffs, where every game is win or go home.  So don’t count DeAngelo Williams out.  The Panthers made that mistake in the offseason, and the Steelers are so lucky for that.