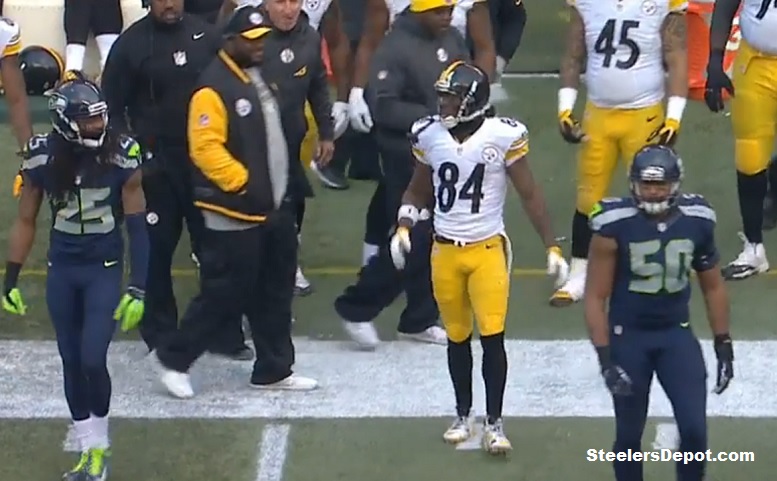 The final week of the regular season is upon us as the Pittsburgh Steelers (9-6) hit the road to take on the lowly Cleveland Browns (3-13), who are vying for the No. 1 overall pick in the 2016 NFL Draft.

While the Browns look to stake their claim as the worst franchise in the NFL, the Steelers are on a mission to make the playoffs with some help from the Buffalo Bills, one week after falling flat on their faces against the Baltimore Ravens.

I’m sure you know by now, but it doesn’t hurt to revisit the scenario:  if the Steelers beat the Browns and the Bill beat the New York Jets, the Steelers sneak into the playoffs as the No. 6 seed in the final Wild Card slot.

For the Steelers to beat the Browns, they’ll need to come out on top in some key matchups.

Williams is closing in on his first 1,000-yard season since he was a member of the Carolina Panthers back in 2009.

That year Williams rushed for 1,117 yards. He would need 218 yards on Sunday to reach that mark.

Although 218 yards seems like a large task, it might not be out of the realm of possibilities, considering the Browns employ the worst run defense in the NFL, allowing a league-high 135.0 yards-per-game.

In the last meeting between the Steelers and Browns, Ben Roethlisberger came off the bench to lead Pittsburgh to victory after Landry Jones suffered a leg injury, which negated some of what Williams could do on the ground.

Despite beating Cleveland 30-9 on November 11, Williams was held to just 54 yards on 17 carries. A lot of that had to do with the offensive line and their lack of a push in the running game, so they’ll need to be much better, Sunday.

Chances are that the men up front will dominate in a must-win game. Look for Williams to showcase his vision, patience and initial burst as he rushes for 100+ yards and eclipses the 1,000-yard mark for the third time in his career.

This matchup is clearly lopsided, which should do wonders for the Steelers at the Dog Pound.

Brown is easily one of the top three wide receivers in all of football, and with news coming earlier in the week that Cleveland cornerback Tramon Williams will miss the game this week with a concussion it appears the Brown will get a very favorable matchup regardless of where he lines up on the field.

One thing to watch with Brown is whether he can haul in at least seven passes for 52 yards to set new career highs for receptions and yards in a season. On top of that, Brown is also chasing Atlanta’s Julio Jones for the NFL lead in receptions and yardage.

He’ll need a huge day to pass Jones, who sits four receptions and 75 yards ahead of Brown with one week to go (Jones and the Falcons play Tampa Bay to close the season.)

With the matchups that Brown draws in this one, it wouldn’t shock me if he has another huge day, similar to what he did against the Oakland Raiders (17-284) and the Denver Broncos (16-189-2).

In what is likely his final regular season game as a member of the Pittsburgh Steelers, Harrison draws a tough assignment against arguably the best-left tackle in football in Thomas, who has been a stalwart for the Browns throughout his career.

Harrison and the rest of the outside linebacker group have struggled mightily all season, recording just 14 sacks, with a majority of those sacks coming when the game’s outcome was already decided.

That’s just not going to get it done, especially on a defense where the secondary is the weakest part of the unit, let alone the entire team.

It won’t get any easier this week, as Thomas is so good at dealing with power rushers and speed rushers.

Fortunately for Harrison, he’s always had some success against Thomas. Last time out against Cleveland, Harrison had to sit out with a knee injury, which could bode well for the veteran linebacker since the Browns haven’t had a chance to see him this year.

Austin Davis will start at quarterback for the Browns, so he could have a rough day making his second start of the season. The fifth-year signal caller has never faced the Steelers in his career.

If Harrison can set the tone off the edge against Cleveland, it could force Davis into some mistakes, allowing the Steelers to take care of business in the final week of the 2015 regular season.