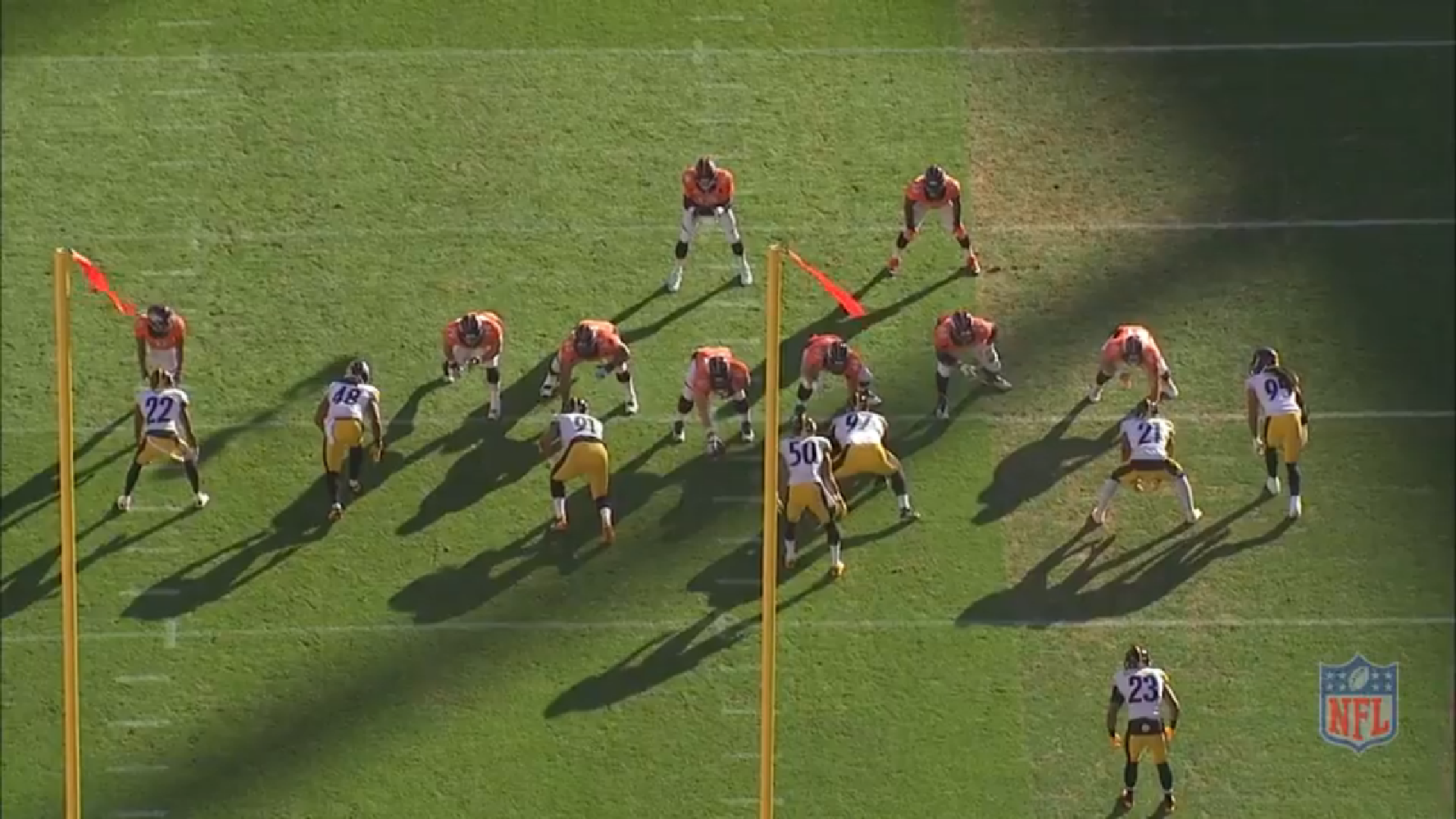 The Pittsburgh Steelers have had an interesting and transformative season on defense under defensive coordinator Keith Butler, taking over after years under Dick LeBeau as the linebackers coach. LeBeau was forever hesitant to rely too much on sub-packages, and that was perhaps one of the sticking points that helped lead to the separation, with LeBeau now in Tennessee.

In 2015, the Steelers have adapted the nickel defense as their base package rather than the traditional 3-4. To give you some perspective as to how infrequently the team now uses the 3-4—as I wrote about yesterday—nose tackle Steve McLendon only played a little over a third of the team’s defensive snaps.

And that was far from all being in the ‘base’ 3-4 defense. He saw a lot of time in the nickel as a defensive tackle, and also got some work in as a defensive end. And there were not that many nose tackle snaps eaten up by other players on the roster.

As I wrote about yesterday, the Steelers only used the base look eight times last week against the Broncos, and only once did that do so on a third-down situation, which came on a third and long at the end of the game when they knew Denver would run to drain the clock.

In contrast, the Steelers used their dime defense on 11 snaps, a full nine of which came on third-down situations. Of the 16 third down situations that the defense faced—including a no-play resultant from a pass interference call—nine of them came with six defensive backs, six came with five, and just the last one came with four.

In contrast to many teams who incorporate the dime defense into their regular rotation, however, the Steelers actually use what they refer to as their quarters package, which involves three cornerbacks and three safeties rather than four cornerbacks.

Fourth-year safety Robert Golden was the beneficiary of these 11 snaps, and there is no denying that the package was highly successful, limiting the Broncos to just three third-down conversions on 15 non-penalty attempts. The merit of the defensive pass interference call that resulted in a fourth first down can be debated.

Late in the game, safety Will Allen was battling injuries and was forced out of the game, missing a total of 10 snaps, which resulted in Golden seeing over 20 snaps in total, but had Allen not been forced out of the game, I suspect that he would have seen a few extra snaps as a sixth defensive back anyway, rather than forcing the defense to play nickel on the Broncos’ go-ahead drive in the fourth quarter.

It will be interesting to see how this shapes Butler’s defense next season, having been able to incorporate more quarters defense relatively successfully late in the season after struggling to do so in the opener against the Patriots. Of course, it will largely depend upon the personnel they are able to keep, as the secondary is littered with free agents, including both Golden and Allen.