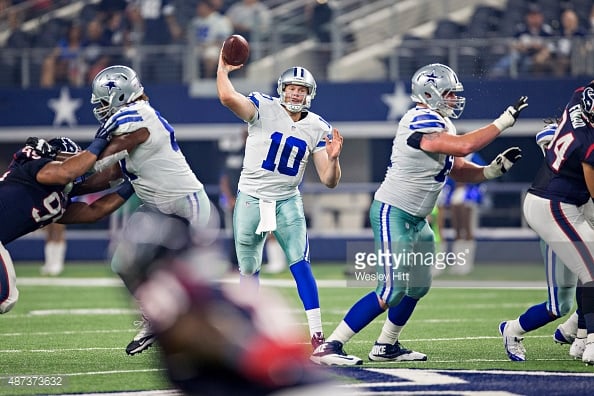 On the heels of the news of the Pittsburgh Steelers signing WR Levi Norwood, the team has also signed QB Dustin Vaughan to a futures contract. PennLive’s Jacob Klinger reported the news, per Vaughan’s agent.

Like practically all the players signed to futures deals, Vaughan was brought in for a workout in early January. He was a star at Division II West Texas A&M, throwing for over 5400 yards and 53 touchdowns his senior year. He has spent time with the Dallas Cowboys and Buffalo Bills. He offers a prototypical build at 6’4 7/8 235 pounds. He becomes the 16th Steelers given a futures contract.

It’s a plus to have a QB who will be eligible for rookie minicamp who has spent time with the team. Often times, if a QB is brought in immediately after the draft for minicamp, it produces a much sloppier session and makes it that much tougher to evaluate the group of guys brought in. The Steelers did similar with a slightly more high-profile player last year in Tajh Boyd.