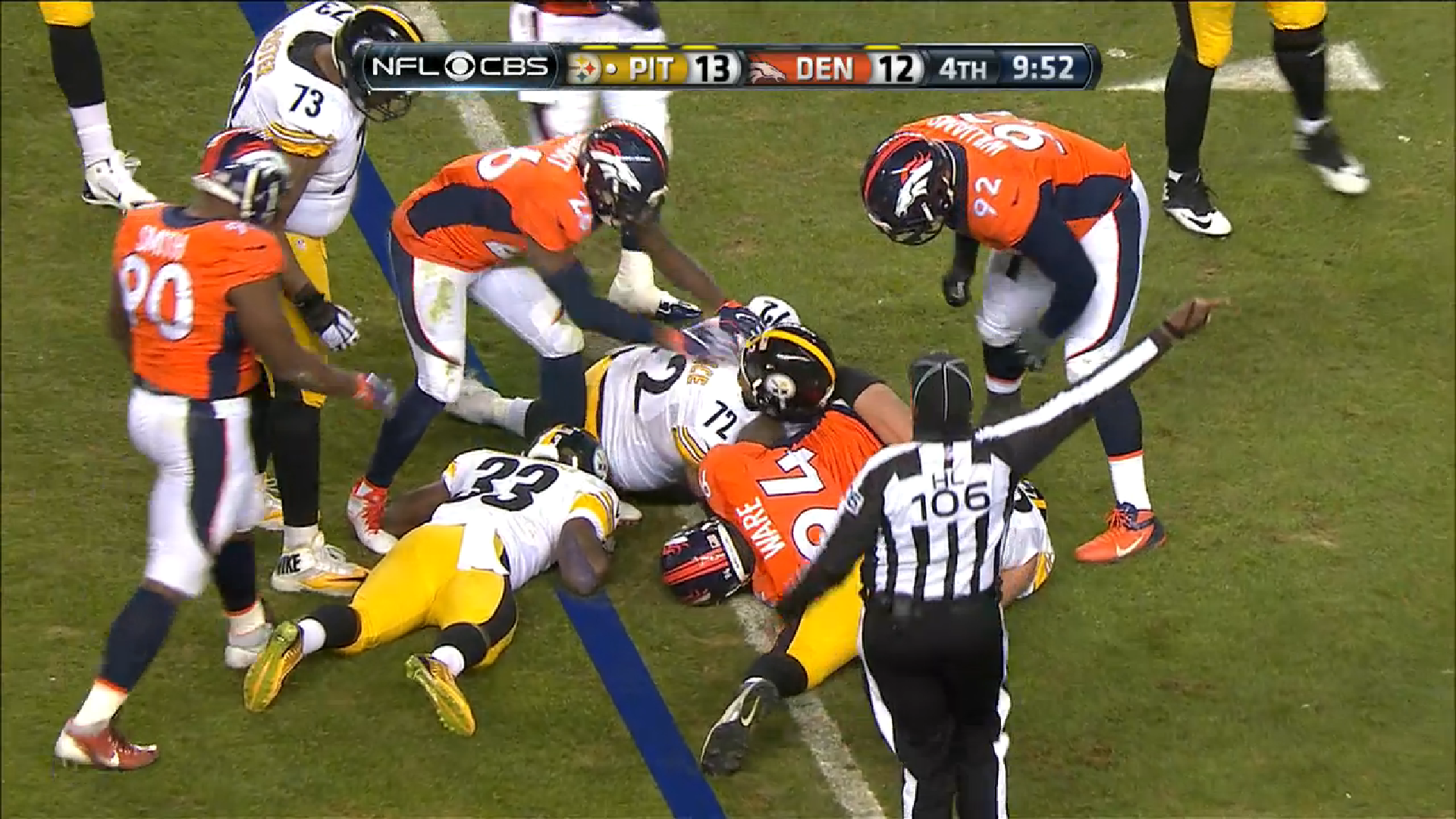 I’m not going to pretend all the Pittsburgh Steelers’ are saints. They’ve hard their fair share of plays and off the field moments you’d rather sweep under the rug.

But when they lose, they do it with dignity.

It’s understandable to point to second-year running back Fitzgerald Toussaint as the scapegoat for this loss. And the Steelers’ leaders recoginized that, doing everything they could to take the attention off of him.

As we wrote last night, Cam Heyward was adamant about avoiding putting the blame of the loss on a single play, a heavy implication to avoid making Toussaint the goat. Ben Roethlisberger apparently made sure to schedule his interview with the media at the same time as the running back, drawing away reporters asking Toussaint basic questions anyone would dread to answer.

Ben made sure to hold his post game presser same time as Toussaint hoping the media would follow him. Did it to protect Toussaint.

Roethlisberger encouraged Toussaint right after the fumble and didn’t change his tune in his press conference.

“I told him we wouldn’t be here it wasn’t for him. The way Fitz played, especially last game, and even being out there today. This is not all on them by any means. It’s on all of us. So proud of the way he played.”

Toussaint to his own credit, answered every question asked of him, per PR man Burt Lauten.

Kudos to #Steelers RB Fitz Toussaint in the locker room after the game. He answered all the questions after a very tough TEAM loss.

It’s easy for him to shy away, ignore the media, give one-word answers. It’s easy to pin it on him, a player with the team for only a season. But it doesn’t matter if you’ve been a Steeler for a day or a decade. You’re treated as part of the family. And defended as such.

By no means does that take the edge off the loss. But character isn’t defined by what happens in the positive moments. It’s reflected in the negative ones. And the Steelers’ true colors shined brightly.