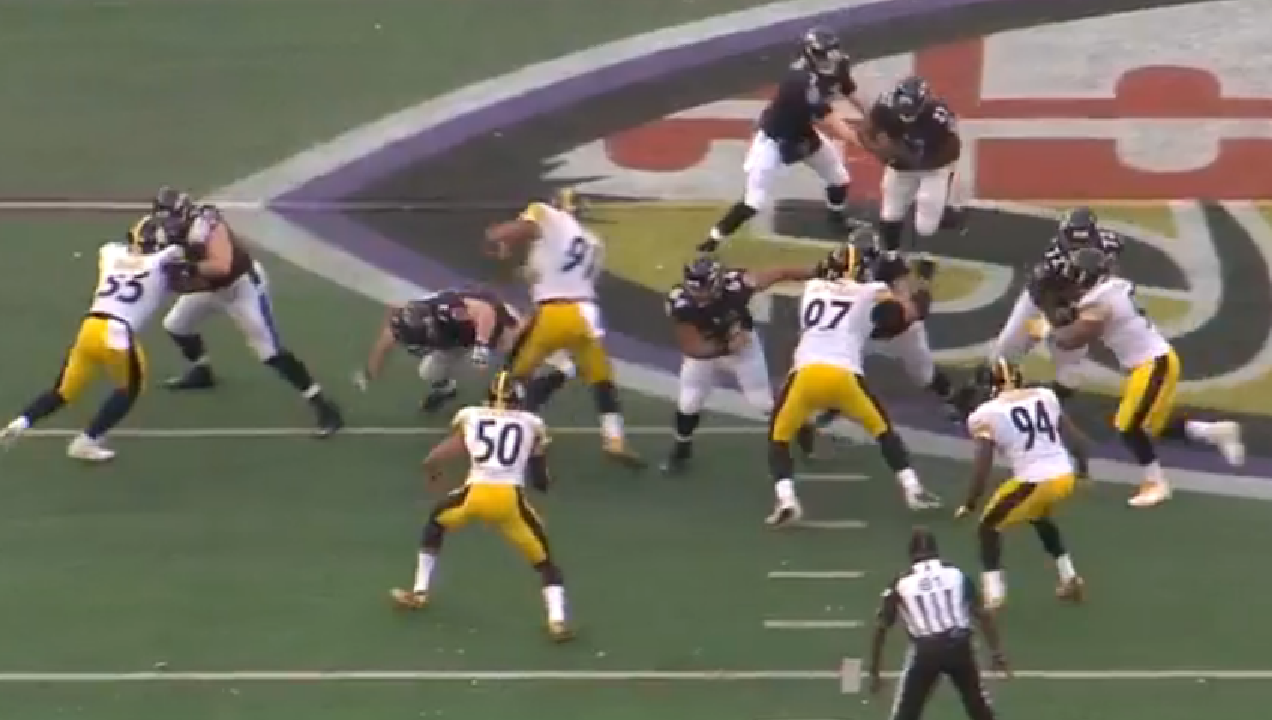 Despite the fact that the 22-year old missed two games and dealt with an ankle injury during the early parts of the season, Tuitt has still managed to post 50 tackles this year, along with 4.5 sacks, an interception, and a pass defensed.

He has shown tremendous growth this year and a phenomenal ability to excel in one-on-one matches, but he still has to improve on winning from a play-to-play basis, as he still gets taken out of plays completely every so often.

An example of the latter came early against the Ravens, on a first and 10 carry. He was occupied by the right guard while the right tackle helped drive him to the ground. fortunately, Cameron Heyward literally hopped over Tuitt to make the tackle after a two-yard gain.

It was only a few plays later, however, that he showed off his individual ability, riding the center on a failed reach block after absorbing a chip from the right guard. Tuitt kept his outside arm free and nearly made the tackle one-handed, but at least redirected the runner enough for the defense behind him to make the play.

Toward the end of the opening drive, near the goal line, he worked through a cut block attempt from the right guard, keeping his feet clean and using his upper body to negotiate around the fallen lineman, engulfing the runner after a short gain.

Early in the second quarter, Tuitt again defeated the reach block attempt of the right tackle, using his quickness to dissuade the guard from offering a chip for fear of losing his primary assignment. As a result, he was able to cut through the line and make the tackle after just a yard gained.

Toward the end of the first half, he made just another run stop, this time working through a moving block from the center on a zone run to the right, nearly losing his placement early in the play, but regaining as he kept his feet churning laterally.

In the fourth quarter, with the Steelers urgently needing a stop on third and two with under four minutes to play, Tuitt came up with one, swatting the right guard with a big right hand to his inside shoulder that sent him sprawling to the ground. The end then reacted quickly, and athletically, to pounce on the runner for no gain.

The second-year player’s work in the pass rush was highly publicized early in the season as he was able to rack up a handful of sacks—on which statistics he has drawn a blank since the bye week—but as he showed against the Ravens, he has absolutely continued to be a playmaker against the run.