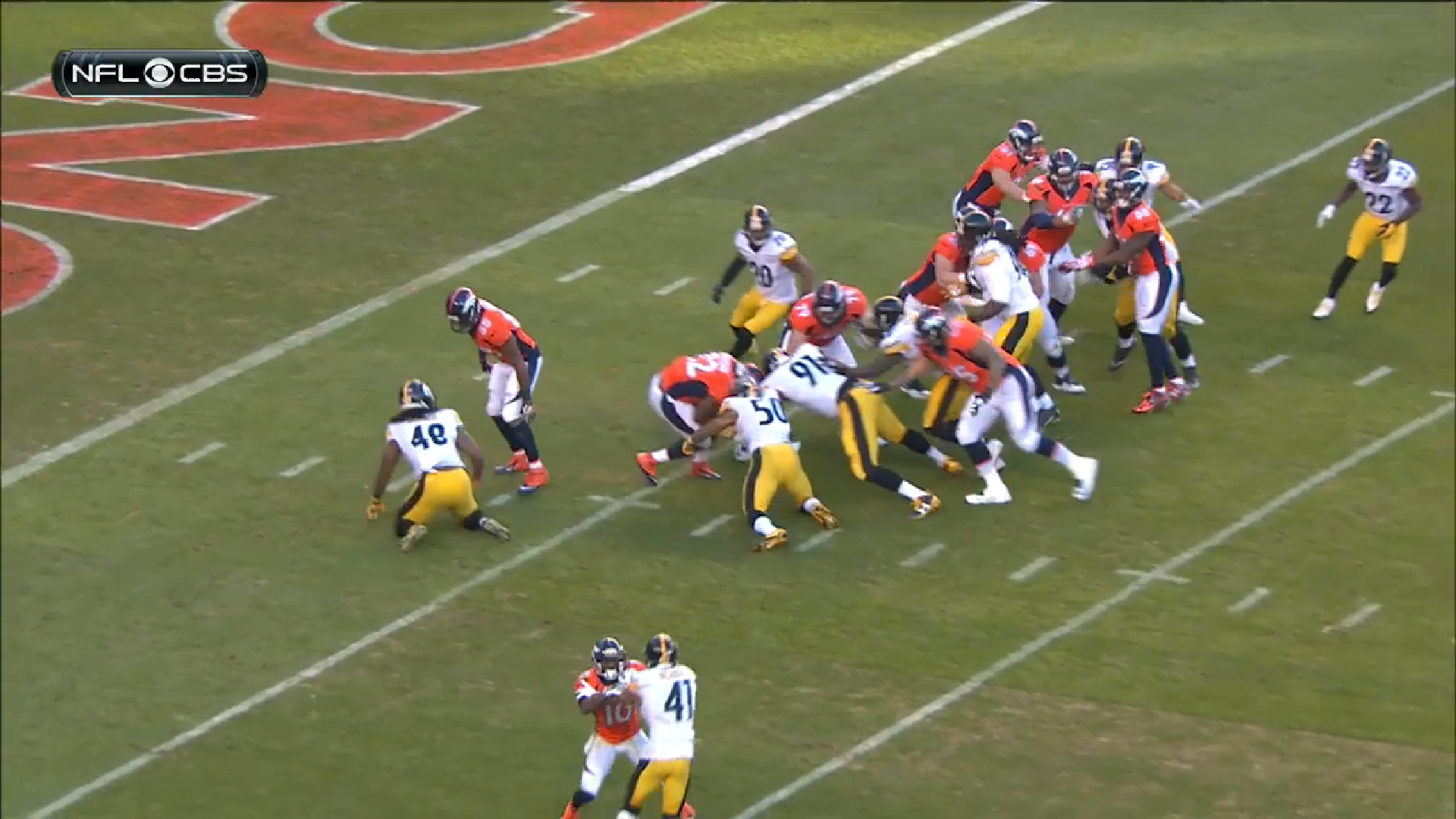 Much was expected of Stephon Tuitt in his second season, and for good reason, as he was a second-round pick with a potential first-round pedigree after declaring as a true junior. He entered the starting lineup late in his rookie season, and he was expected to make great strides this year.

I think there can be little argument that he delivered, registering 54 tackles and 6.5 sacks to go along with an interception in spite of the fact that he missed two games and dealt with two ankle injuries early in the season.

It seems that most expected him to improve as a pass rusher—which he did, to be sure—but I believe his greatest strides came in his work against the run, and that there is more room for improvement in his pass rushing than in his run defense.

In fact, he did not offer a great deal of pressure against the Broncos in spite of playing a high volume of snaps, but he made several plays against the run, or at least enabled them by absorbing double teams and penning running backs in for others to make plays.

He made an early run stop on the Broncos’ third drive in the first quarter, a second-and-one play that was integral in holding the offense and forcing them to kick a field goal in spite of the fact that they started the drive at the 31. Tuitt showed excellent footwork and positioning working against the right guard, flowing to the ball carrier and making the stop for a loss.

Tuitt was part of another drive-halting key second-down stop on the Broncos’ following possession, but this time it was an example of him enabling others to make the play. He did a very good job of riding his gap against a zone run before filling and driving the right guard back to block the running back, resulting in the back side defense catching up to the play and making the stop.

He did manage to get a couple of pressures later in the second quarter, both on the same drive. On his first effort, he got push through the pocket, but was steered out late for a completed pass. Later, on a third and 10, he looped around the left guard on a stunt and registered a quarterback hit, forcing an early throw that was short of the first down.

On the late drive at the end of the second quarter on which the Steelers had the Broncos pinned deep before they broke off a long run, it was Tuitt, coming off his block to stop the running back in his tracks on first down, but that of course would be for naught.

One thing that he has always shown since he first stepped on to the field was continued hustle, and he showed that as well, helping to chase down a short pass over the middle down the field in the fourth quarter on third down to force a punt.

The scary thing is that Tuitt has not maxed out his potential yet, and is ahead of the curve of where Cameron Heyward is at this point in their careers. He is already one of the best defensive players on the team and a cornerstone for the future.