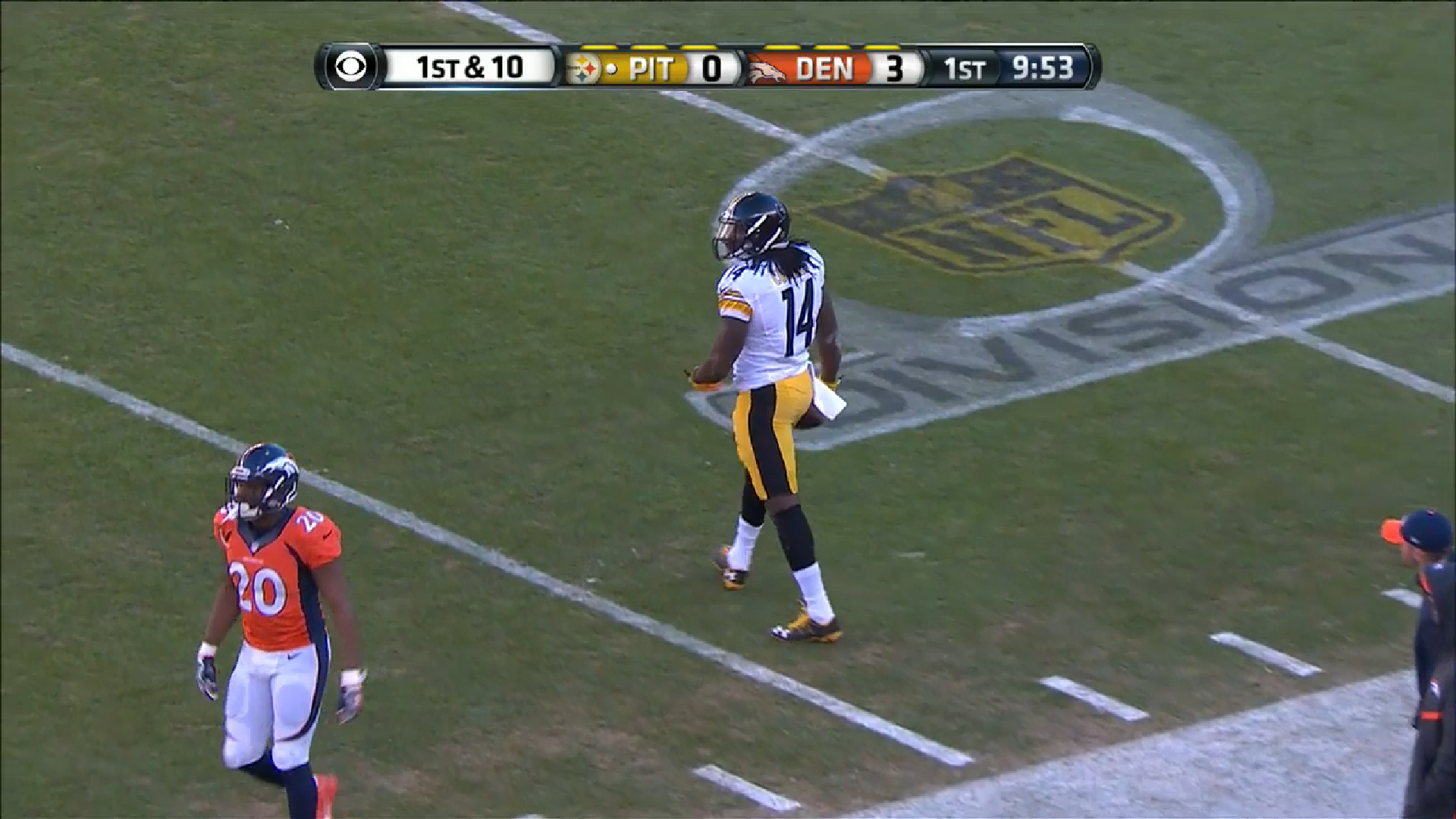 Pittsburgh Steelers rookie wide receiver Sammie Coates was only active for a few games during his rookie season, and the only three games during the regular season in which he saw any playing time were in the three games after Tyler Murphy was sent down to the practice squad and prior to Martavis Bryant returning to the lineup.

In the span of those three games, Coates played under 40 snaps, and caught just one pass for 11 yards. And, of course, most of those snaps happened to come without Ben Roethlisberger, who was injured during the third quarter of that first game.

Because of Antonio Brown’s concussion, however, he got a helmet on Sunday and recorded two receptions on three targets for 61 yards, not including an additional pass in his direction on which he was able to draw a pass interference penalty.

His first reception was the Steelers’ first positive play of the day, netting the team a first down on third and eight to help them avoid starting the game with back-to-back three-and-outs. Lined up in the slot on the right side of the formation, a pick helped him gain initial separation from Chris Harris in coverage, but he showed deceptive speed to not only get to the sideline, but to run away from two defenders for 41 yards.

Not everything that he did was positive on the day, however, and that would not be expected, considering how little he has played. Later in the first, facing a third and nine from the four-yard line, Coates this time lined up outside.

Respecting his speed, the corner backed off, allowing him to break over the middle, but he rounded his route off too much, resulting in the safety having the opportunity to come up and defend the pass. Roethlisberger mimed to him after the play that he needed to get over, instructing the rookie.

Later, in the second quarter, the Steelers turned to a 01 personnel in a five-wide look featuring four wide receivers and Heath Miller. On third and five, Coates lined up in the right slot, Miller in the left. They ran crossing routes and nearly collided with one another, though fortunately the throw went over both of them for a 22-yard gain.

Late in the third quarter, with the Steelers having just had their lead chipped down to one, Roethlisberger looked for the rookie on first down, finding him breaking over the middle after pushing the corner upfield, getting open and finding running room for 21 yards.

Roethlisberger went to Coates again just two plays later on second and four, this time on a nine route lined up on the outside, but corner got overly aggressive in his press coverage and pinned him to the sideline beyond the five-yard threshold, drawing a pass interference flag that netted 12 yards.

In all, it had to be an encouraging and confidence-boosting performance for the team, and for Coates, respectively, to see the rookie wide receiver end the season on a personal high note after riding the bench nearly all year. Next season, he may not be so easy to keep on the sideline.