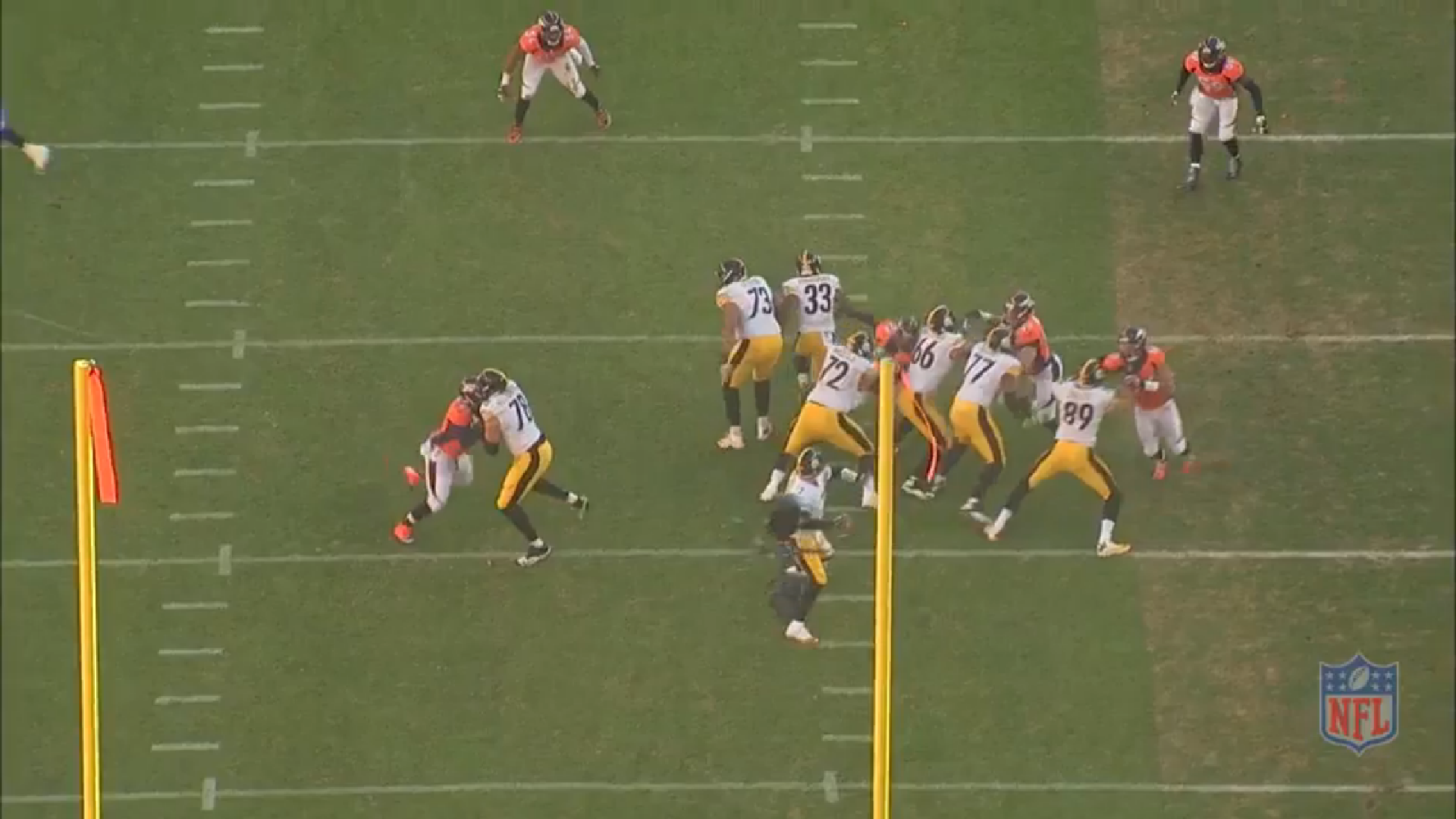 Outside of a brief stop over in Chicago for a couple of seasons, Matt Spaeth had made for a solid one-two tight end combination for the Pittsburgh Steelers with Heath Miller since the 2007 season, when Spaeth was selected in the third round as the first offensive player drafted in the Tomlin era.

When he was let go by Chicago following the 2012 season, the Steelers scooped him back up, and he has been a valuable contributor for the past three seasons once again. But last week, he was conspicuously underused in favor of rookie tight end Jesse James, who played the majority of two-tight end sets with Miller rather than Spaeth.

This past game against the Broncos, however, the roles were reversed, and Spaeth resumed his role as the primary second tight end running with the offense. James still played some, including occasionally in two-tight end sets, but most of those snaps went to the veteran.

This week, in fact, Spaeth even started the game, along with Miller in a two-tight end set. Off a play-action, Miller went out to run a route while Spaeth stayed in to work in pass protection. And he did a reasonable job of slowing down Von Miller on a quick-release throw. He is generally regarded as a run-blocking tight end, but that is largely due to the fact that the Steelers typically throw the ball with three wide receivers on the field.

Later in the first quarter, to end Pittsburgh’s second drive, the offense went for it on fourth and one, setting up in a run-heavy look with all three tight ends on the field, though James was in the backfield, lined up in front and to the left of the back, as though he would lead block.

Instead, it was a pass play, with only the back staying in to pass protect. The first read was James, who was covered, but what was missed was Miller streaking open in the middle of the field, instead the pass going deep for an incompletion. And credit goes to Spaeth for helping to get Miller open by driving the linebacker in coverage down the field and clearing the middle.

With the Steelers backed up deep in their own end, Spaeth and James worked a double team block on Demarcus Ware along the right side of a running play from the three-yard line on first down. The line was able to open up a hole up the middle to help produce a five-yard gain, and Spaeth helped prevent him from being chased down from behind.

On a later passing play, Spaeth was again on the field and stayed in to block, this time working against rookie Shane Ray. After a good initial set, Ray was able to get some push, but Spaeth anchored well despite chopping his feet, which helped produce another explosive play.