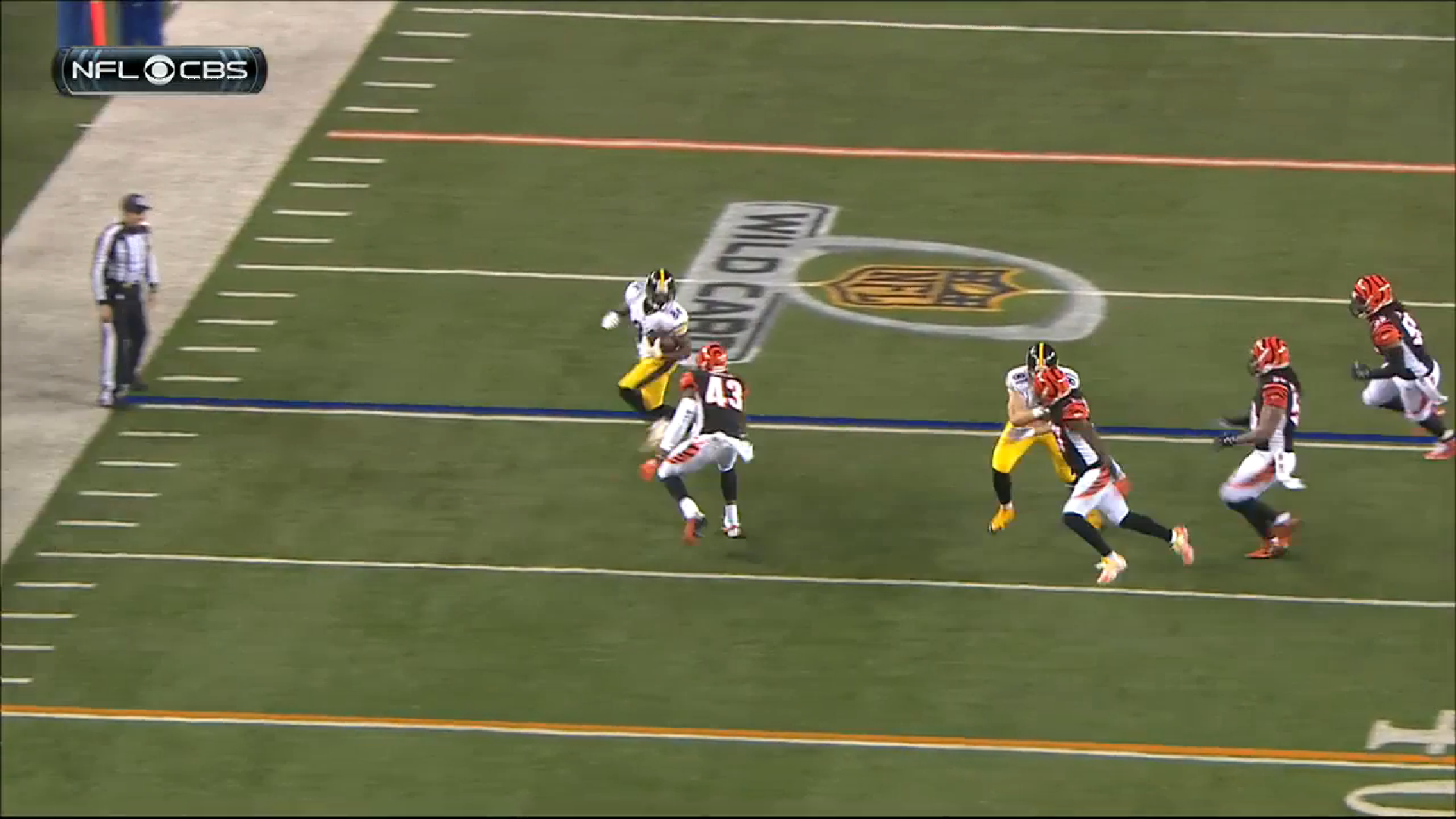 The Pittsburgh Steelers actually managed to use a fair bit of 12 personnel against the Bengals, but that wasn’t necessarily the surprising part. The bigger surprise is that rookie tight end Jesse James actually took the majority of the TE2 snaps during the game, outplaying Matt Spaeth by snap count 16 to 11, with some 13 personnel, of course, mixed in.

That was a bit over 20 percent of the Steelers’ offensive snaps, with a mixture of run plays and passes. Admittedly, his blocking technique remains a work in progress, but, unless there was some issue unreported about Spaeth, the coaching staff is obviously comfortable with James’ development if he has been given TE2 snaps over the 33-year-old veteran.

James was the first extra tight end in the game, entering in the middle of the Steelers’ second drive five minutes into the game, on an incomplete pass. On second down, the Steelers split both tight ends out wide, with James on the perimeter, and he sealed Dre Kirkpatrick to give Antonio Brown the sideline, though the safety was able to come up and limit the play.

On the next snap, the Steelers brought in Will Johnson as a third tight end on third and six on an inside screen to Heath Miller that came up a yard short moving the sticks. James appropriately identified the safety to block, but Johnson was unable to block the linebacker. It also seems that Miller tried to go over the middle rather than file behind his blockers at first.

Late in the quarter, James lined up as the left tight end on a running play, working against Michael Johnson on the back side of an inside zone run. Johnson was able to muscle his way past the rookie tight end to share an assist at the end of a successful six-yard run.

From the same formation later in the second quarter, the Steelers ran a similar play, but this time Fitzgerald Toussaint cut the run back to the left side, where James had hooked Johnson, with the cut back taking him out of the play.

On an early second half run, however, from a 13 set, James served as the lone left tight end on the back side of a run right, on which Johnson did an excellent job of using hand placement to gain inside position, beating the rookie and managing to run down the play for a loss of one.

Later in the third quarter, Toussaint made his own offense again with another cut back run, this time with James struggling to seal Wallace Gilberry on an attempted reach block. The defensive lineman powered his way through, but Toussaint was able to slip to the outside.

James’ first playoff experience included a lot of playing time, but his performance yielded mixed results, with some success and failure as a blocker, but his ability to stick to his assignments, regardless of how well they were carried out, still enabled the offense to work around him.