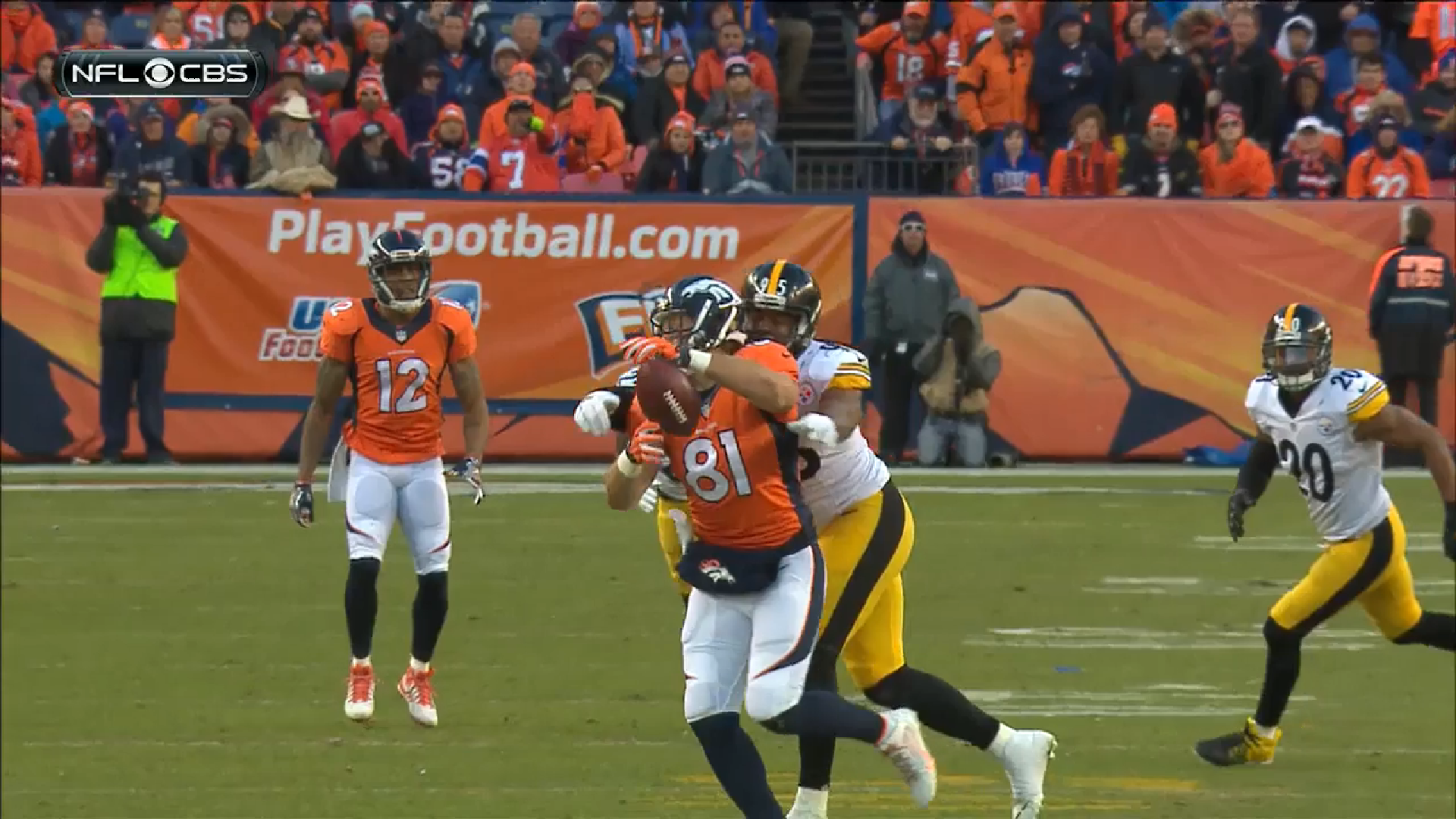 The Pittsburgh Steelers got three sacks out of third-year outside linebacker Jarvis Jones this season, including a key strip sack in the Wildcard game that helped put the team over the top of their division rivals and secure their first postseason win in five years.

Sack totals are, of course, just one facet of the game for an edge rusher, though a big one, and it is one of many factors that the front office will be considering this offseason as they consider whether or not to pick up his fifth-year option, which would not become guaranteed except due to injury until the 2017 season.

Jones has improved incrementally each year, including this season in spite of playing in a consistent rotation in which he was often receiving fewer snaps, but he seems not that far from maxing out his potential, and his final game of the season was far from spectacular, though not terrible either, but certainly lacking in a pass rush.

There was one early running play from the Steelers’ own 19-yard line on which he failed to provide back side contain and allowed for a cut back run that produced a five-yard gain on second and 10. The defense was able to hold on third down to force a field goal, but there was no reason for this play to gain five yards if he provided the proper contain, taking an overly aggressive angle to the ball.

Later on in the game, early in the second quarter, he did a much better job of maintaining his positioning, flowing down the line to the ball carrier while staying in his gap until he was in position to make the tackle, which he did on a run just off right tackle.

On the following play, he showed how to play aggressive on the back side of a running play while still playing disciplined. Because of the shallow depth of the ball carrier—and the support of another defender behind him—Jones was able to take a sharper angle, and made the tackle with some nice closing speed for just a short gain.

Late in the first half, the Steelers had Denver pinned deep in their own end, but the defense let them go with a big 34-yard run that entirely changed the dynamic of the waning moments of the quarter. After the Broncos had gotten the defense’ inner triangle (nose tackle and inside linebackers) blocked up, the runner had daylight in front of him, and Jones had to chase him down from behind, at the same time attempting a tomahawk move in the hope of jarring the ball loose.

In the third quarter, the outside linebacker showed off some of his coverage chops, which have improved this year, shadowing tight end Owen Daniels as he moved into his zone and breaking aggressively on the ball to break up the pass for an incompletion.

I don’t know how much higher Jones’ ceiling is, but we’re probably close to bumping our heads on it. He has already improved his functional strength, and even shown better bend around the edge on the pass rush than one would expect him to show based on his previous body of work. From a physical standpoint, he is what he is. It’s just a matter of getting better and more consistent results out of him.