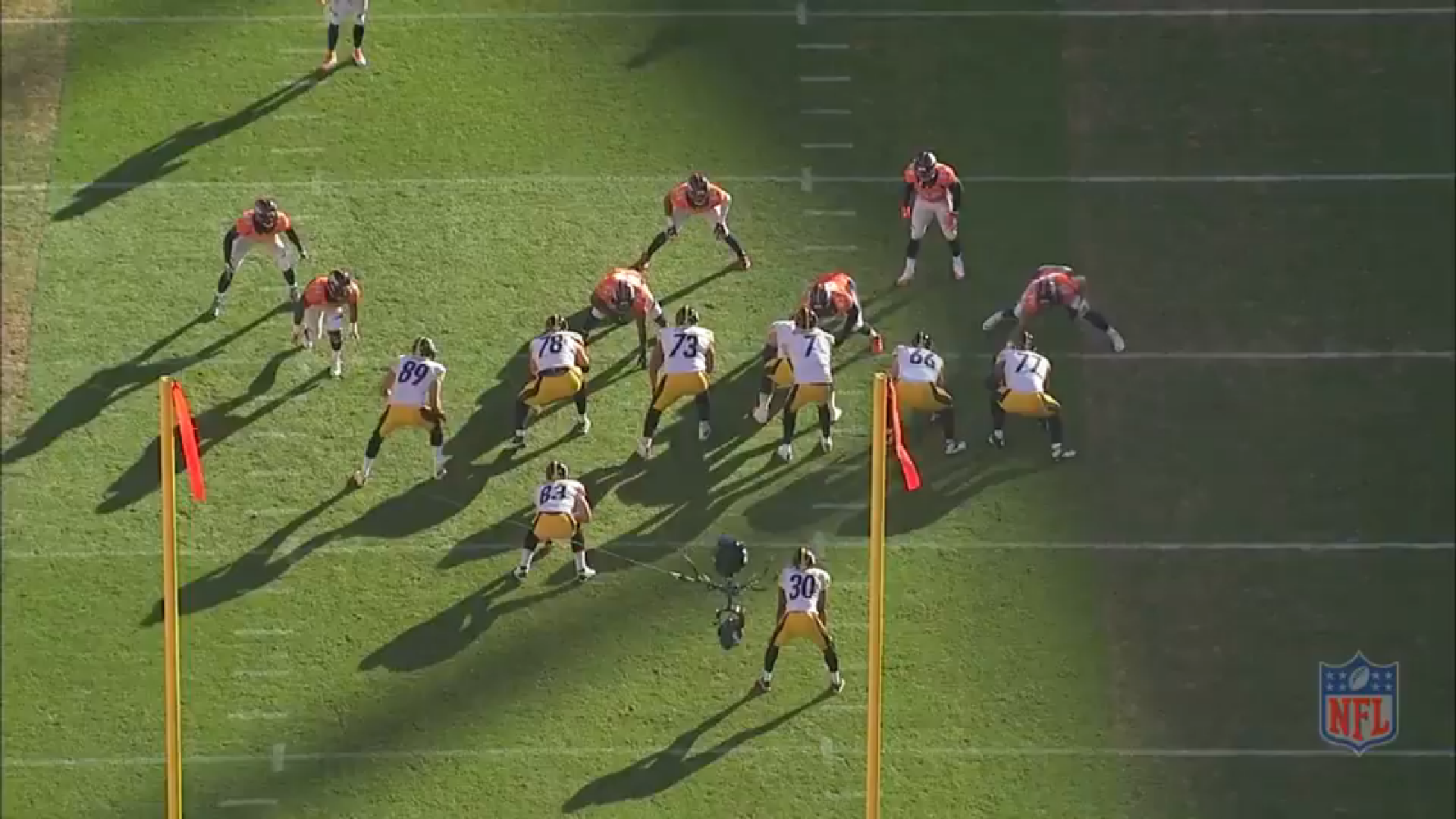 The Pittsburgh Steelers have always used tight end Heath Miller in a variety of ways over the years. He has lined up in every tight end formation there is. He lines up as a wide receiver. And on Sunday, for the first time this season, he lined up in the backfield.

Not that that is at all a unique experience for him. The Steelers sometime line wide receivers up out of the backfield, though, of course, they don’t carry the ball or serve as a lead blocker, as would be expected of a fullback.

But the Steelers lost their fullback late in the season, and have been forced to improvise. Last week, they didn’t use any 2X personnel, but they increased their frequency of using two tight ends on the field. In the past game, they used Miller in a variety of ways.

On the third play of the game, for example, the Steelers tried to use him as a lead blocker on a screen pass to Markus Wheaton. Miller lined up just off the line, which gave him a long distance to cover, and he was unable to close the ground before the safety was able to break on the pass and blow the play up for a loss.

On the Steelers’ next possession, they put two tight ends on the field, but they lined Miller in the backfield with his hand in the dirt as a fullback. He did his part to lead around the left side of the line and harass the linebacker just enough to let the running back get around him, though the play ultimately only picked up three yards on a second and 11 play.

Later on the same drive, Pittsburgh went to a 13 look, with one wide receiver on the field to complement one running back and three tight ends. The back initially lined up in the backfield before motioning out wide.

On this play, the Steelers emptied the backfield altogether and aligned their three tight ends all in a bunch formation on the left side in front of the back to set up a screen pass look. Of course, the play then went the opposite direction, and was set up for a big play, if not for Martavis Bryant dropping the ball.

Still later in the opening quarter, Miller lined up off the line shaded behind the right tackle with the two tight ends lined up on the same side. Bryant lined up on the same side outside the numbers, but motioned in closer to the formation before the snap, taking the ball for an end around, with Miller pulling left to lead. It took him nearly 25 yards before he got down far enough to find somebody to block.

Miller’s selfless and understated contributions to this offense will be missed when he retires. It’s one thing to find a tight end willing to play such a variety of roles, but it’s another entirely to find one to run them. the Steelers have not used him in exotic looks as frequently in recent years, but Sunday’s game shows that he’s still a key part in a creative game plan.