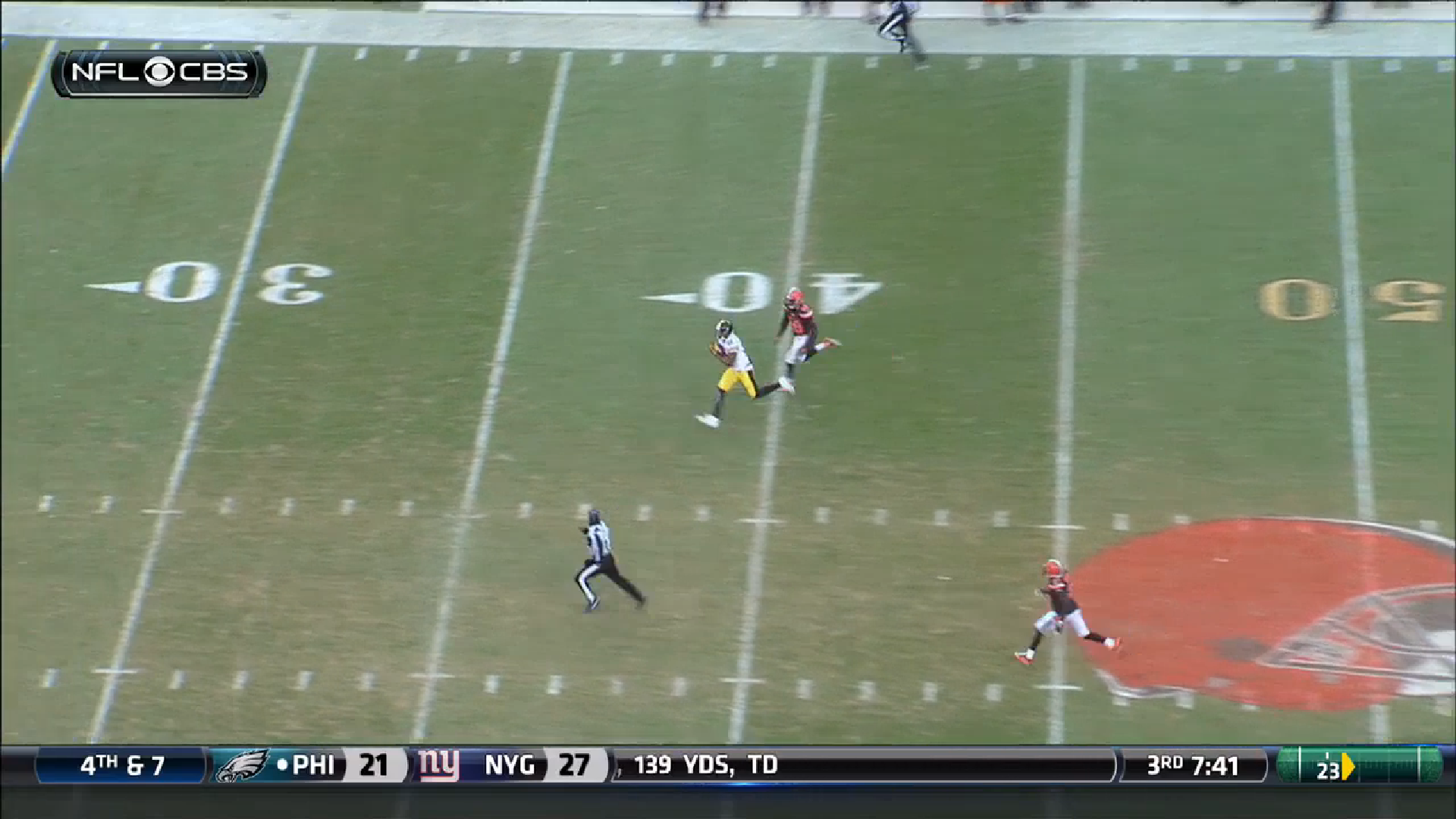 Over the course of his second season with the Pittsburgh Steelers, the role of wide receiver Darrius Heyward-Bey has ebbed and flowed, loosely corresponding with the ups and downs of wide receiver Martavis Bryant.

Because of Bryant’s mid-week illness, and an early neck injury, in conjunction with recent struggles, he was limited to just a dozen snaps, while Heyward-Bey logged 30 on offense. In all, he has logged 401 snaps on offense, a bit over 37 percent of the team’s total offensive snaps, most of which has come in the first five games in Bryant’s absence, but he has seen a bit more time in recent weeks.

In the first five games, he recorded 17 receptions for 209 yards and two touchdowns. He caught a 21-yard pass against the Colts, and in the past two weeks has caught three more passes, including a season-long 66-yard pass, his fourth explosive play of the season, and second of over 40 yards.

During the game against the Browns, he was targeted five times, though he only caught two of his targets, but none of the incompletions were drops. All three incompletions were on deep passes, one of which would have been a touchdown had the ball not been a bit overthrown.

He was the target on the opening play of the game, starting on the boundary outside with three wide receivers. He ran a simple corner route, his speed chasing the cornerback off the stem of the route to gain separation, but he showed fine footwork in dragging his back foot inbounds before his momentum carried him into the white of the boundary.

His game was pretty quiet for the remainder of the first half, but with the Steelers backed up in their own end, Ben Roethlisberger targeted him deep on three straight plays—the second being a free play on a defensive offside penalty—with the third pass finally connecting on the long 66-yard gain.

Facing a third down needing two yards after the penalty, the Steelers set in 11 with Heyward-Bey the outside receiver on the boundary side of the field, simply outrunning the cornerback, Pierre Desir, with no safety help to the inside of the field, needing to carry the tight end over the middle instead. A slightly deeper ball may have sent him into the end zone.

Three plays later, on third and 10 from the 21-yard line, where he was tackled, Roethlisberger looked for Heyward-Bey in the end zone, dipping in between the corner and the safety, but was only able to get an outstretched hand on the ball, unable to pull it in, as the pass was a bit too long.

In the third quarter, on another third-down play, Roethlisberger looked his way yet again on a pass with 34 yards worth of air travel, but the quarterback’s ball hung up and forced Heyward-Bey to try to come back to it, unable to climb over the cornerback to make the reception.

Over the course of the season, Heyward-Bey has carved out a role for himself in the offense, and had a fine year for a number four wide receiver overall, showing that he can be counted upon more often than not if his number is called. But the Steelers are hoping that Bryant will make that unnecessary on Saturday.