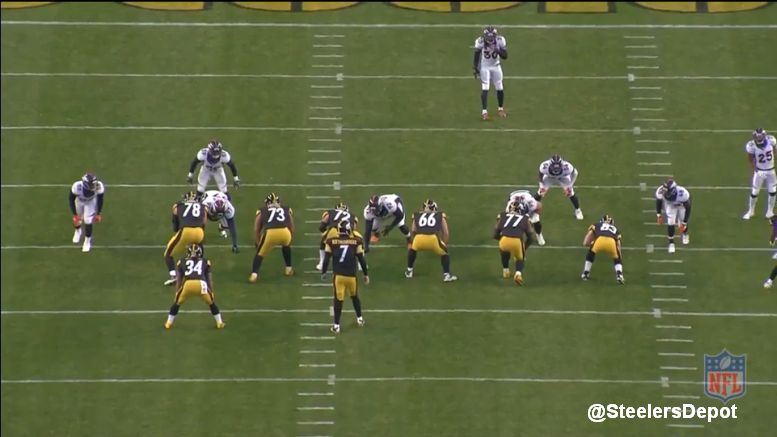 I had no idea what he was talking about.

The Denver Broncos “penny” defense that Roethlisberger said made it very difficult to run on in the previous matchup in Week 15.

“We did that because of the type of defense they were in. They had a penny personnel on the field. So we were going to throw it when they had that defense on the field,” he referenced in his meeting with the media, responding to why the team threw 55 times.

The problem is that verbiage isn’t universal. Penny to the Steelers and penny to another team can mean two totally different things. Heck, I tried to look it up and got mixed signals. Here’s an article referencing Ohio State’s penny defense with seven defensive backs.

I remembered the Broncos using defensive back heavy personnel in my scouting report, my first thought that was what Ben was referencing. But that wouldn’t make sense that a team couldn’t run the ball because of how many defensive backs were on the field.

I was hoping to get some sort of follow up to what “penny” was to no avail. Granted, I don’t expect reporters to get into an X’s and O’s breakdown in the middle of a group interview. So I went back to the tape and looked over the Broncos’ defense.

Denver’s penny is their 3-4 but with three cornerbacks and one safety instead of two cornerbacks and two safeties against the Steelers’ 11 (1 RB, 1 TE, 3 WR) personnel. Here are two examples from the first quarter of that previous game, just to provide the visual aid to it.

Here are the Steelers in their 11 personnel. And the Broncos stay in their base, with three down lineman and four linebackers with Bradley Roby coming into the game as the #3 CB. The Steelers wind up running a screen and gaining 19 out of it. 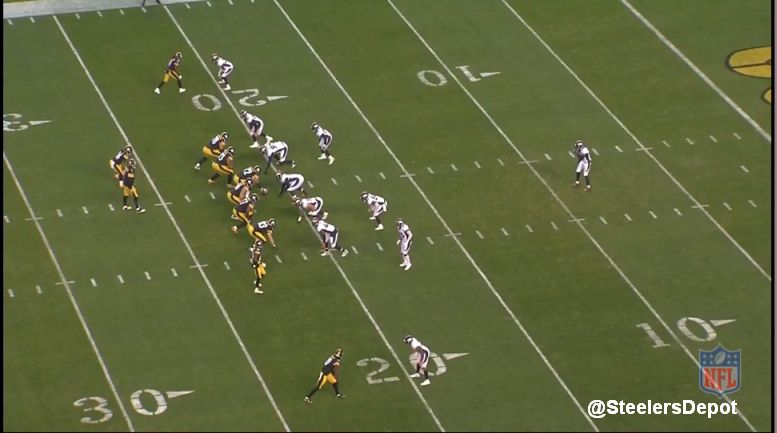 And on the next drive, we get the same thing. penny versus 11 personnel. The Steelers again pass, not daring to try to run given the matchup. The outcome is irrelevant but the pass is complete on an out route to Antonio Brown for a gain of ten. 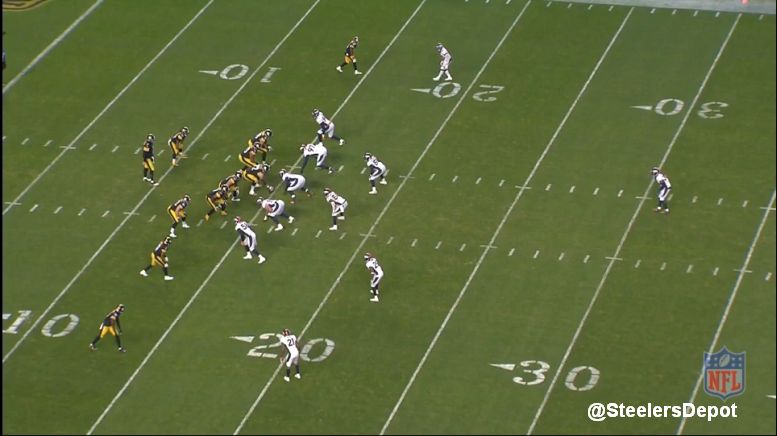 It’s worth noting because a driving force behind the Broncos’ playing this front was due to their injuries at safety. They were missing T.J. Ward, Omar Bolden, and Darian Stewart. Big hit for any team to be down three safeties, before even mentioning that David Bruton Jr. broke his leg at some point during it. With the team healthy at the position now, it’s hard to say what their plan of attack will be. Will they nix their penny entirely? Will they mix and match? If they use it, it’ll be that much tougher to run against the Broncos’ best run defense in the NFL.

So if you see Roethlisberger throwing more than you anticipated, check the personnel grouping. It could tell you why.