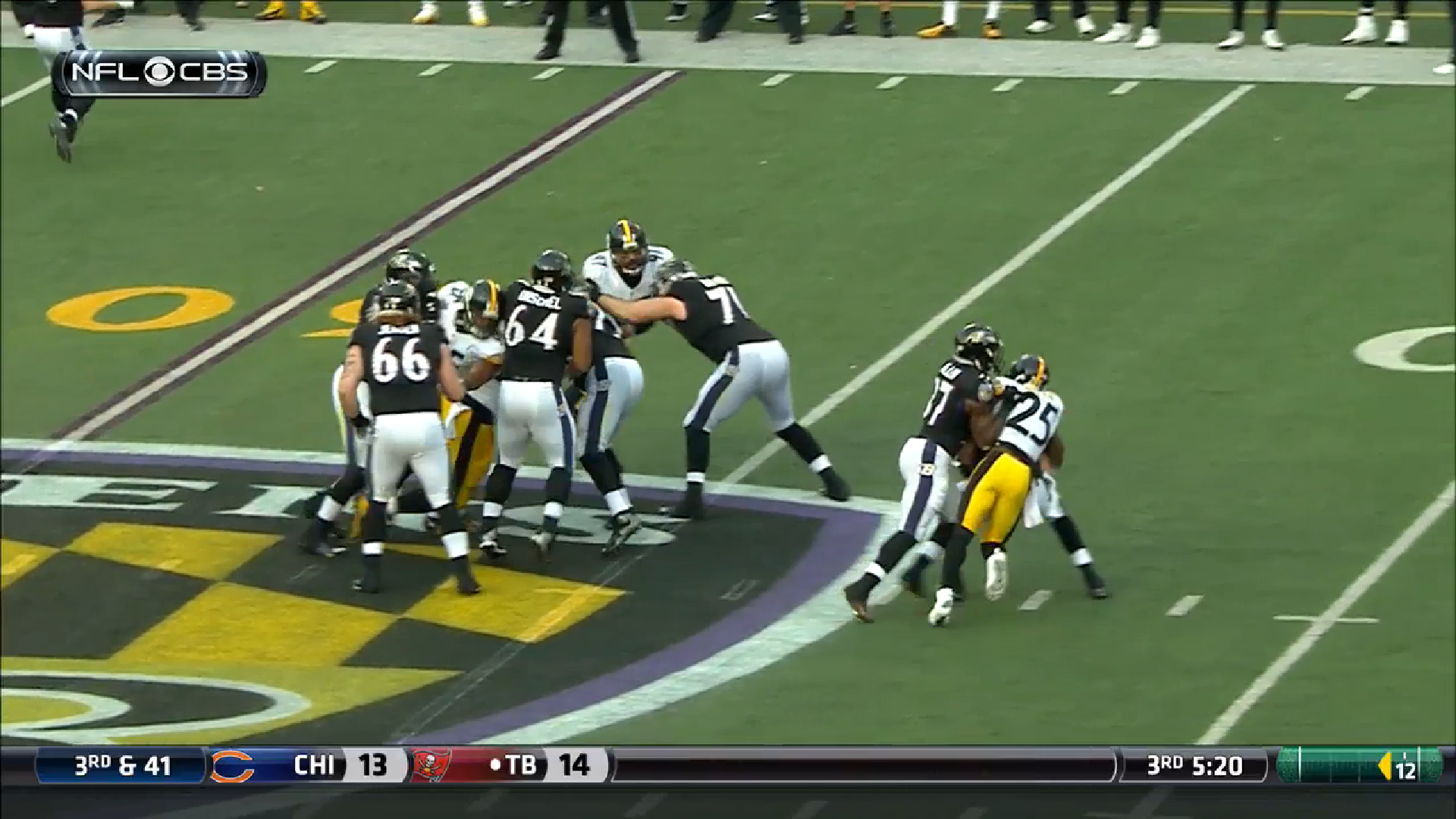 Over the course of the past month, Brandon Boykin has stepped up in the pecking order to finally become the primary nickel back for the Pittsburgh Steelers, playing a majority of the team’s snaps in each of the past four games.

On Sunday, in fact, it was the first time this season in which he received playing time on the Steelers’ opening defensive possession. Previously, the coaching staff had been waiting two or three possessions before inserting him into the game.

He recorded a tackle against the run on the second defensive play of the game, though it came nine yards down the field after the running back slipped through the A gap with the linebackers unable to slip off blocks. Nevertheless, it was good recognition by the cornerback to read and react and chase the play.

A few plays later, on third and nine, however, it was Boykin in coverage on Jeremy Butler in the slot on the offensive right side as the wide receiver broke open for a 16-yard gain. Admittedly, it was a strong throw between zones as the linebacker tried to come over to provide help, releasing his coverage to the deep safety behind him.

With the Ravens in a goal-to-go situation, on second and eight, they went after Boykin again, but this time, the fourth-year cornerback was solid in coverage over the rookie tight end, Maxx Williams, who broke left after a short stem outside. The cornerback followed him, however, and was all over him at the catch point to produce an incomplete pass.

Late in the first half, after Baltmore was docked a 10-yard penalty for holding, Boykin again lost Butler, this time for a 17-yard gain that allowed the Ravens to have a very manageable third and two to contend with, which they converted. It was a play, and a throw, very similar to the previous one, once again just getting in there before help arrived. Boykin needs to do a better job of disrupting the timing of the route at the line of scrimmage.

Early in the second half, another on another play reminiscent of one highlighted earlier, Boykin was the one who had to make a downfield tackle against the run, this one for an 11-yard gain, though the receiver did little to sell it.

Two plays later, on second and five, Boykin lined up over Butler in the slot, close to the tackle box this time, and he blitzed, taking advantage of the inside stunt next to him to get a one-on-one matchup with the running back.

He managed to beat the back by sticking his arms into his chest, scraping off and attacking the quarterback, bringing him down for his first sack of the season, and the second of his career. It was the fifth sack of the season by a defensive back, and the third different player.