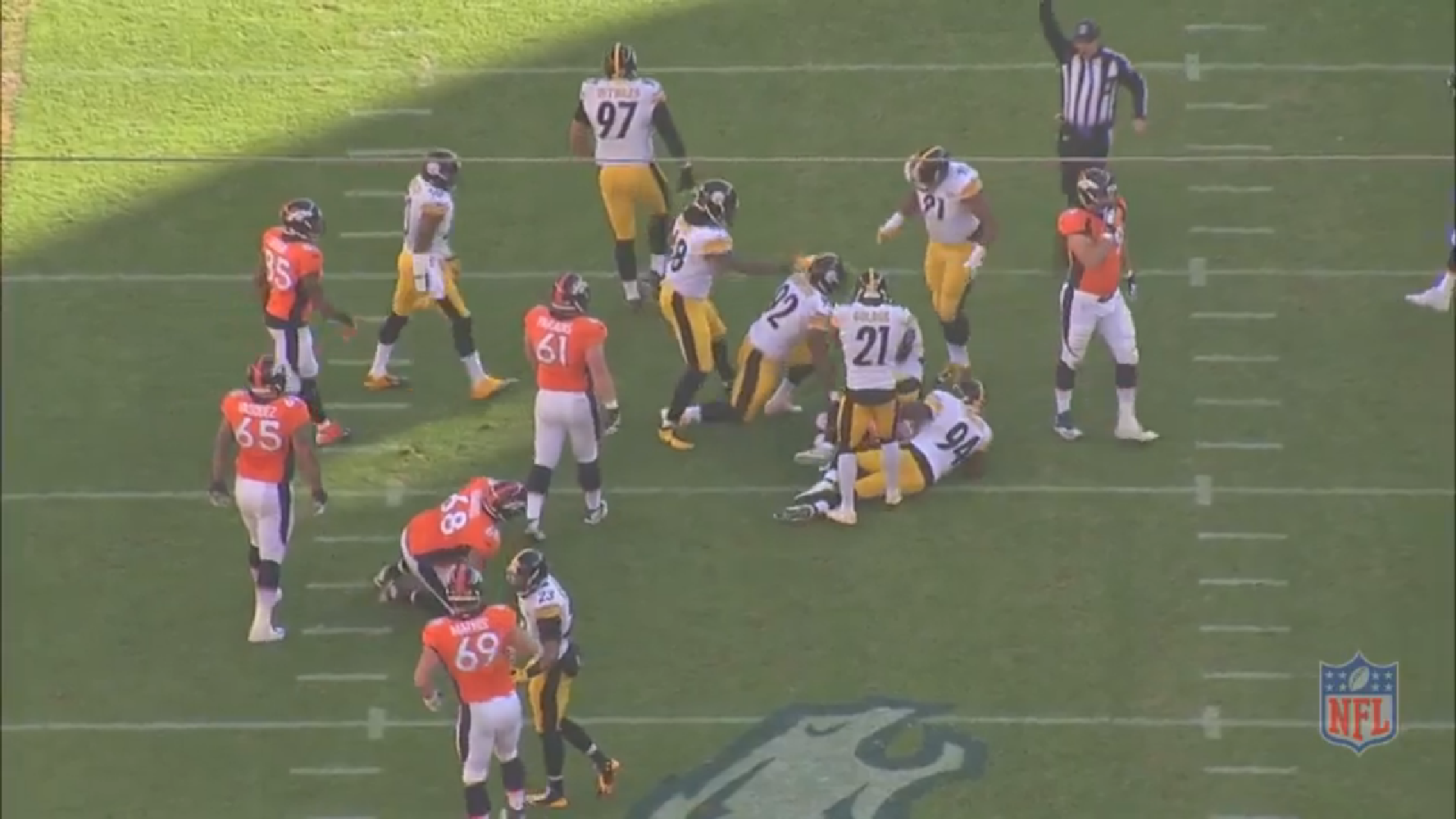 Though the Pittsburgh Steelers defense may have surrendered a seven-minute, 13-play, 65-yard game-winning drive in the fourth quarter against the Broncos, the truth is that they played well throughout the course of the game in spite of a couple of unfortunate, fluke-like plays that helped keep the game close.

The defense, I believe, played well enough to win, in a game in which the rest of the team had held up its end of the bargain, even if they lacked the sort of consistent pressure that you would have hoped to be able to see generated against Denver’s defensive line.

A quick look at the statistics will support the argument that they played well, particularly by today’s standards. The Broncos gained 324 total yards of offense, but it took them 71 plays to do so, resulting in a net average of just 4.6 points per offensive play. Former Steelers defensive coordinator Dick LeBeau once held that the benchmark was 4.7 yards per play.

The Broncos may have rushed for 109 total yards, but those yards came on 33 carries, resulting in an average of just 3.3 yards per rush. The Steelers also managed to hit them for five plays of negative yardage. Were it not for a rare letdown from Steve McLendon enabling a 34-yard run, their statistics would actually look much worse.

Peyton Manning was far from spectacular, to be sure, completing 21 of 37 passes for 222 yards. He did not throw a touchdown, and was fortunate to have not thrown an interception or two. Sacked just once for a loss of seven yards, the Broncos produced 5.7 yards per pass play, which is right on the line for LeBeau’s benchmarks.

The Broncos converted just three times on third down, having faced 15 such opportunities over the course of the game, and they also failed to convert their only attempt on fourth down. Had the Steelers offense not done even more poorly than this, perhaps the game would have gone differently.

Denver had 13 drives during the game, on four of which they failed to record a first down. On a few others, they quickly converted one first down before punting three plays later.

They also fairly regularly had quality field position. On three occasions during the game, the Broncos started no further out than the Steelers’ 31-yard line. On each of those drives, they were held to just a field goal, but those drives still produced three points each, which was more than the ultimate margin of victory.

A fourth field goal drive started from the Broncos’ 47-yard line, on which they drove only 30 yards before settling for another three points. Even their lone touchdown of the game came on a drive that not only started on their own 35-yard line, 65 yards away from the end zone, but came off a significant momentum-swinging turnover.

The only drive of concern throughout the game was the field goal drive at the end of the first half, which began from Denver’s own five-yard line. That was the drive on which they managed to rattle off a 34-yard run to jumpstart the drive. They proceeded to dink and dunk their way down to the 33-yard line to hit a 51-yard field goal.

Considering the Broncos got eight points off of turnovers and another nine on three drives in which they started in field goal range, it’s hard to be too down on their performance.