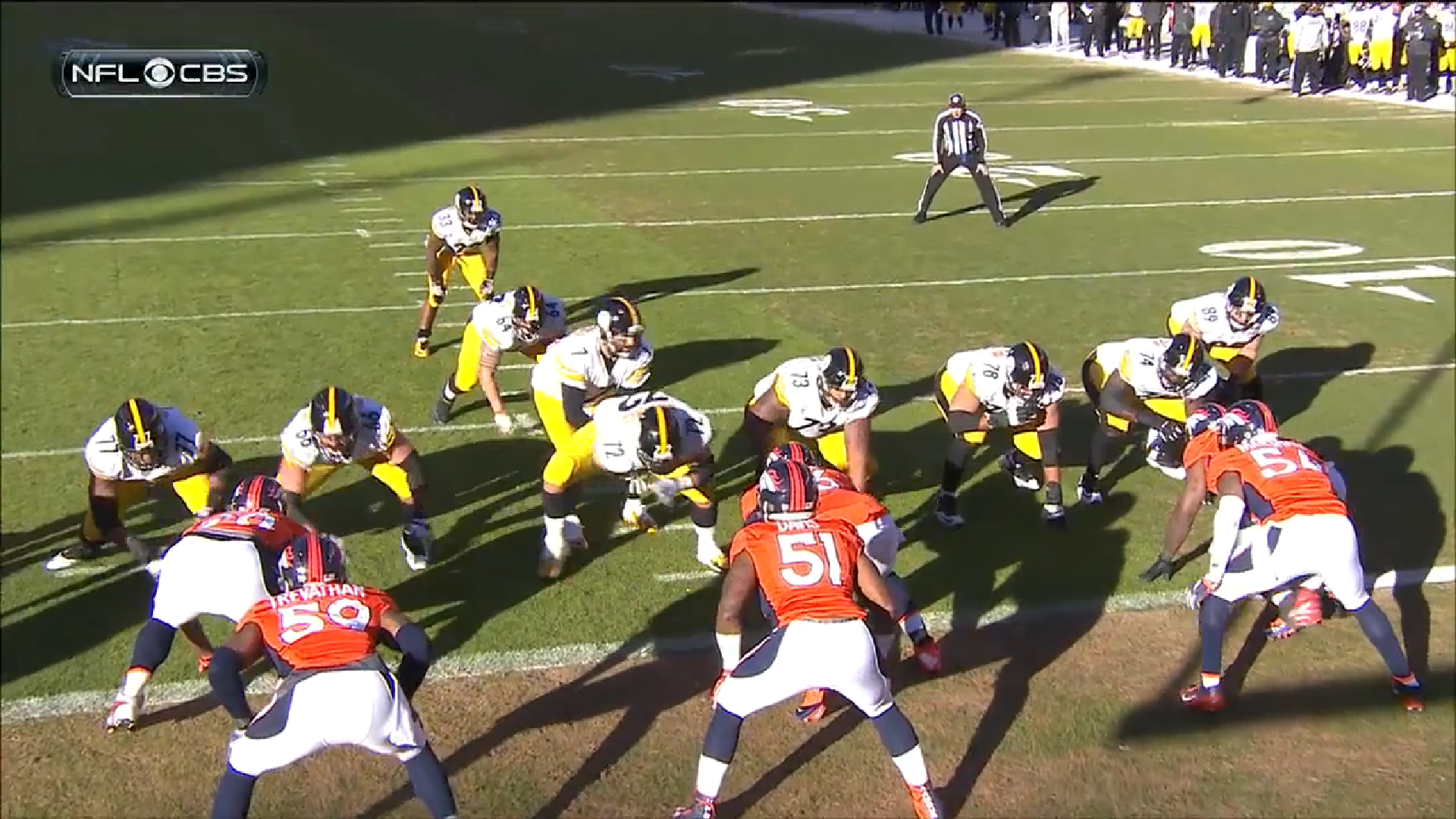 Doug Legursky was signed by the Pittsburgh Steelers as an undrafted free agent in 2008, spending some time with the team on the practice squad during that season. Both he and fellow undrafted free agent Ramon Foster managed to make the 53-man roster the following year, and Legursky would spent the next four seasons with the Steelers, starting 17 games in the process.

He played in and started 10 games during the 2011 season when he was the primary starting guard, only missing out on starts due to injury. In fact, injury was a common theme for Legursky, which also helped to limit him to 14 games over the past two years with Buffalo and San Diego.

During his time with the Steelers, the team was knee deep in the Bruce Arians era of the offense, serving as the offensive coordinator since 2007, during which he instituted a sort of ‘no fullback’ policy, instead preferring to use tight ends and hybrid players as a rare occasional backfield lead blocker.

Some of the time, that lead blocker was Legursky in what the Steelers dubbed their ‘Bronco’ package, making a reference to the great Brokco Nagurski, who played both running back on offense and linebacker on defense, inducted into the Hall of Fame in 1951.

Legursky made his debut as a lead blocker for the Steelers as a first-year player in a blowout victory over the Chargers in early October. With the offense marching down the field on their opening drive, Pittsburgh injected Legursky into the fray from the one-yard line in their goal line offense, leading the way for a touchdown run from Rashard Mendenhall.

On Sunday, the Steelers resurrected the ‘Bronco’ package—fittingly, against the Broncos—in their Divisional round loss during the first quarter of the game. Having allowed Denver two cheap field goals to open the game, Pittsburgh got the offense going late in the first quarter.

Following a 15-yard run from Fitzgerald Toussaint on which he dodged a couple of would-be tacklers and nearly spun himself into the end zone, the Steelers found themselves with first and goal on the one-yard line.

Such a scenario typically calls for a run-heavy look, and that is just what they did, bringing in an extra tight end, plus Chris Hubbard as a tackle-eligible, and then, as a bonus, they plugged in Legursky at fullback.

Nevermind the fact that Toussaint didn’t actually follow Legursky’s block, and that he eventually slipped off the block and fell into the end zone, where he was fallen upon by friend and foe alike. The Steelers accomplished their goal, which was the punch it in from the one-yard line for a touchdown.

Of course, this scenario would have never arisen—likely—had fullback Roosevelt Nix not suffered a season-ending foot injury in the penultimate game of the regular season. the Steelers had been looking for creative ways to get a lead blocker out of the backfield since then. Previously, the only two snaps that Legursky had on offense this season were for a couple of kneel downs.