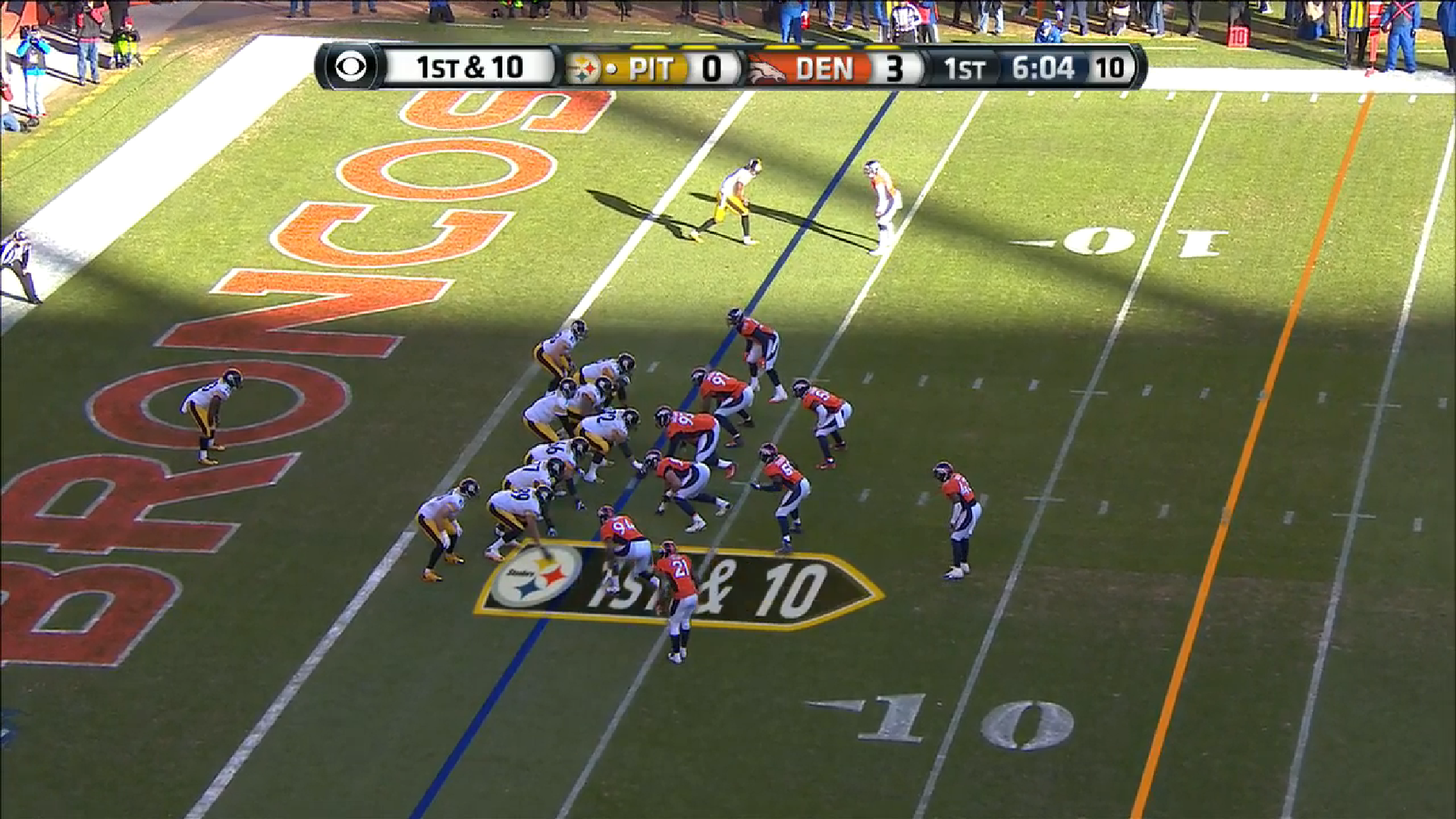 On the contrary, the Steelers 13 drives were not nearly so favorable with respect to where they began. Their average starting field position was just past their own 20-yard line, a number that includes six touchbacks to begin nearly half of their possessions.

But their best starting field position of the entire game was their own 38-yard line, whereas the Broncos three times started drives within Steelers territory—in field goal range, in fact, at either the 30- or 31-yard line. And each of those drives led to field goals.

It is fair to point out, of course, that the Steelers completely and utterly failed to take advantage of their two most promising starts. On consecutive drives midway through the second quarter, they started at the 38- and then the 37-yard line. On each occasion, they went three-and-out before punting, first losing a total of six yards and then gaining just eight yards on the second drive.

Things got off to a bad start immediately in terms of maintaining an imbalance in the field position battle, which the Steelers lost by 16 yards on average. After an opening kickoff touchback, Pittsburgh went three-and-out and then quickly allowed a long punt return all the way to its own 30-yard line.

The Broncos responded by scoring a field goal, prompting yet another drive on which the Steelers would have to begin from its own 20-yard line. This time, the Steelers drove to just on the cusp of field goal range before failing to convert on fourth down, which gave Denver the ball at its own 32-yard line.

After an unsuccessful drive from their offense, however, the Broncos were able to pin the Steelers back deep in their own end via the punt, downing the ball at the three-yard line and prompting the offense to play it conservatively to reduce the risk of a costly error.

That drive ended in a poor punt that sailed out of bounds at just the Steelers’ 31-yard line, and predictably led to another field goal drive, and, predictably, yet another touchback, from which Pittsburgh would start anew from the 20-yard line.

This was the theme, or at least variations of it, throughout most of the night, with only a few deviations, a sequence that ended badly for Pittsburgh. Starting from their own 38, the Steelers went three-and-out only to suffer another poor punt that went out of bounds at Denver’s 41-yard line.

The Broncos gave them a lifeline by failing on a fourth-down conversion attempt, where they took over at their own 37. But another three-and-out led to another field goal, this time out of bounds at Denver’s five. It was just that sort of day that the Broncos would proceed to drive down the field for a field goal on the drive that began with by far their worst field position of the day.