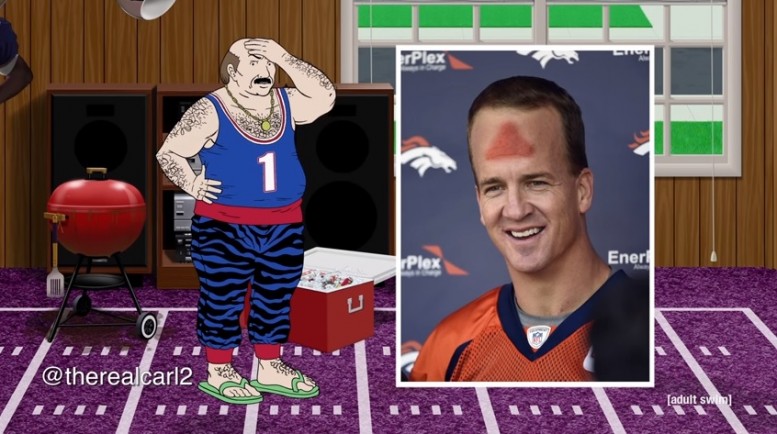 The divisional round of the 2015 playoffs will get underway later on today and as usual, Carl Brutananadilewski of Aqua Teen Hunger Force has now weighed-in with his Stone Cold Lock of the Century of the Week for the four games this weekend and this time it is the Pittsburgh Steelers.

In this video, Carl tells you why the Denver Broncos will lose to the Steelers on Sunday and why he believes quarterback Peyton Manning doesn’t use HGH.

Carl ends his weekly rant with his prediction for Sunday’s game.

“Look, I know the Steelers don’t got Brown or Roethlisberger, but unless they invent a magic pill that can mutate the marinara sauce stain on Peyton Manning’s upside down Florida of a forehead into an arm that can throw a spiral further than 4 to 6 yards, the Pittsburgh Steelers are Carl’s Stone Cold Lock of the Century of the Week.”