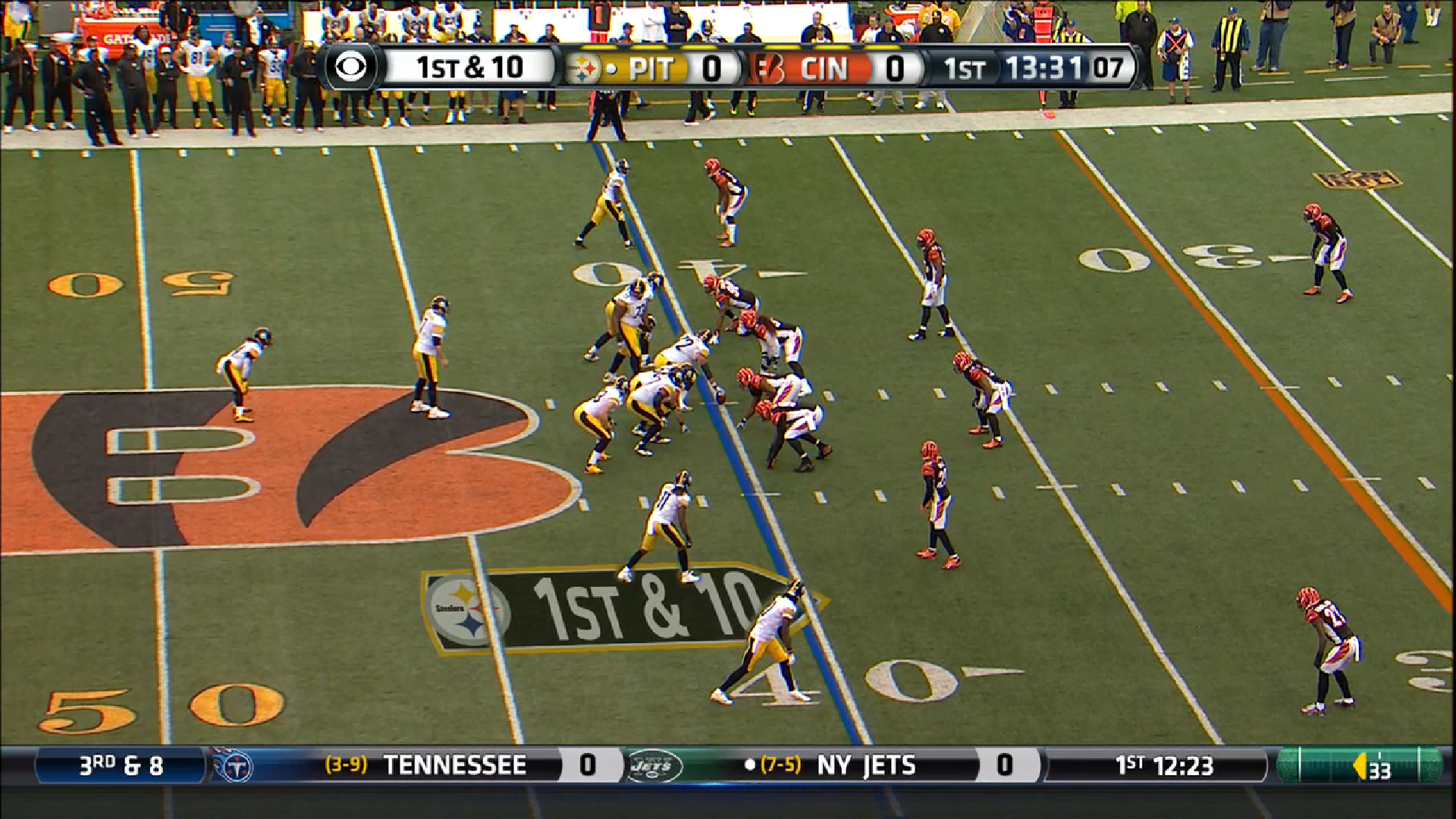 Yesterday, I broke down the Pittsburgh Steelers’ offense and how it was run during the 2015 regular season based on what personnel the team chose to run out of. As I pointed out, the 11 personnel with three wide receivers, one running back, and one tight end was by far the package of choice, accounting for 65 percent of their offensive plays.

Now it’s time to big a bit deeper into the numbers and what they mean. You would figure that, since the Steelers chose to use the 11 package so frequently, it must mean that it was producing consistently positive results. They ran out of this set on 714 of 1097 total plays, after all.

For starters, of the 714 plays run, 520 were attempted passing plays, including 23 sacks, and nine scrambles, representing 72.83 percent of all plays run out of the package. Just 168 plays were rushing attempts, while an additional nine passing plays devolved into scrambles. 20 snaps produced no play due to penalty.

Of the 488 attempted passes, 307 were completed, with 180 incomplete passes. The offense compiled 3948 yards through the air on those 307 completions, producing an average yards per reception of 12.86 yards, and a yards per attempt of 8.09, both impressive season-long averages.

Accounting for sacks and scrambles, which totaled 32 plays, the offense produced minus-60 yards, losing 146 yards on sacks and gaining 86 yards on scrambles. Adding these numbers to the totals of all attempted pass plays, the Steelers averaged 7.48 yards per play.

Of the Steelers’ 26 total passing touchdowns recorded this season, 18 of them were produced from this personnel set. But it also accounts for 17 of the team’s 21 interceptions. Both numbers are, however, a reasonable representation of the frequency of use of the 11 package.

On 168 rushing plays out of the 11 personnel, the Steelers gained 690 yards, which translates to roughly 4.11 yards per carry. Interestingly, seven of the Steelers’ 15 rushing touchdowns, nearly half, came with three wide receivers on the field—admittedly, one of those touchdowns from a wide receiver—which suggests that the ability to spread the defense with their passing threat was a boon to the running game.

Broadly speaking, the Steelers did not hold back on using three wide receivers until it was necessary, as 289 of their 714 total plays from the package came on first down. On second downs, 227 also came from the 11, with an additional 182 coming on third down, and nine on fourth down. The numerical decline is roughly symmetric with the total number of each downs the Steelers faced over the course of the season.

On first down, the play selection excluding non-plays split 183 passing plays to 102 runs, while the second-down figures split 170 to just 51. On third down, 159 of the 182 plays were designed passing plays with just 14 rushes. The fourth-down numbers break seven-to-one in terms of play calls in favor of passes.