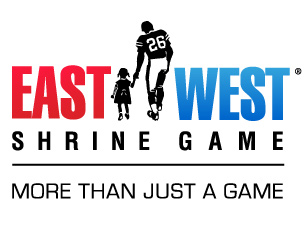 With the attention shifted fully towards free agency and the 2016 NFL Draft, April 28-30, the Pittsburgh Steelers front office and coaching staff will likely have their eyes locked on this weekend’s prospect bowl games with the East-West Shrine Game and the NFLPA Collegiate Bowl kicking off Saturday in St. Petersburg, Fl., and the campus of California State University Dominguez Hills, respectively.

Graham Glasgow, OL, University of Michigan:  Glasgow is a mauler inside that exemplifies the Michigan mold for an offensive lineman:  big, mean and hardworking. At 6’6”, 303 pounds, the senior guard is very versatile for an interior lineman, starting 13 games this past season at center, one year after starting 11 games at right guard. Throughout his time at Michigan he appeared in 42 games (37 starts) and was one of the most dependable offensive linemen during his time in the blue and maize. He’s not going to wow you on film with huge pancake blocks and things like that, but he is strong at the point of attack and moves well getting to the second level in the running game. He’s likely suited more for offensive guard in the NFL, but his ability to play either guard position as well as center will be very intriguing for teams needed depth and versatility along the interior offensive line.

Parker Ehinger, OL, University of Cincinnati:  Ehinger is very underrated heading into the draft, but the Shrine Game could be his coming out party. Although he didn’t face great competition with the Bearcats, he has a great frame (6’7”, 318) to work with in the NFL. Along with his size, Ehinger brings a nasty streak with him as he looks to finish off defenders through the whistle. He has heavy hands that can knock defenders off balance with a quick punch at the line and uses his length and frame to wall off pass rushers on the edge. He also anchors very well against power rushers, but again, he hasn’t faced great competition. Keep an eye on No. 78 on the East team, Saturday.

Deon Bush, S, University of Miami (Fl.):  If you want a physical safety that strikes fear in receivers coming across the middle then Deon Bush is your guy. He might be the biggest hitter in this safety class, but that doesn’t always translate to great results. He tends to go for the big hit at times and can miss some key tackles, but if he makes solid contact with you on those big hits chances are there is going to be a turnover created. The Hurricane safety isn’t overly impressive in coverage and needs to work on his instincts and ball skills, but I do like the foundation that he has to work with.

Justin Simmons, S, Boston College:  This guy might be my No. 1 overall safety when things are all said and done (yes, possibly even ahead of Florida State’s Jalen Ramsey.) Simmons has the ideal frame to play a single-high safety in the NFL with the range, ball skills and physicality to succeed at a high level in the NFL. Unlike Bush, Simmons is a tremendous tackler in space who can lay the big hit or make the simple tackle with regularity. Against the run Simmons is very strong at coming up from the single-high safety position to make tackles due to great angles, good instincts and nimble feet. He can even play in the box if an NFL team needs him to.

Taveze Calhoun, CB, Mississippi State University: Calhoun is a playmaker, plain and simple. He is usually always around the ball and isn’t afraid to stick his nose into scrums, showing that he likes to be physical. He brings a great attitude to the playing field and carries himself in a manner that he wants to be the best player on the field snap after snap. Out of all the corners I’ve had a chance to watch so far, Calhoun is easily one of the most physical guys in the draft. He doesn’t want to just make the simple tackle; he wants to punish you, which is rare from a cornerback coming out of college. However, Calhoun struggles with consistency in both pass coverage and tackling. That’s something that he’ll need to tighten up at the next level, but his physicality on the boundary could fit right in with the men of steel.

Alex Balducci, DT/NT, University of Oregon: The Steelers could be in the market for a new nose tackle if they can’t resign Steve McLendon in free agency. Fortunately, Balducci could be a guy who could fill the role that McLendon played in the Steelers’ 3-4 defensive front. The Ducks defensive tackle is the same size as McLendon and is a classic two-gapper who is strong against the run, holding up well in the run game against double teams. He keeps his pad levels low and makes himself as small as possible, making it hard for offensive linemen to gain control of him. However, Balducci isn’t explosive off the ball and doesn’t have the agility laterally to chase down ball carries.

Michael Caputo, S, University of Wisconsin: The former West Allegheny star has turned into quite the player for the Badgers in the secondary. Caputo doesn’t have great speed, but he’s a playmaker in the secondary. He tackles very well, rarely gives up on plays and tends to force turnovers more often than not thanks to a nose for the football. At 6’1”, 206, he has good size for safety in the NFL, but what his role will be is a major question. Regardless of if he ever develops into a defensive starter, he could be the next Ross Ventrone for the Steelers on special teams.