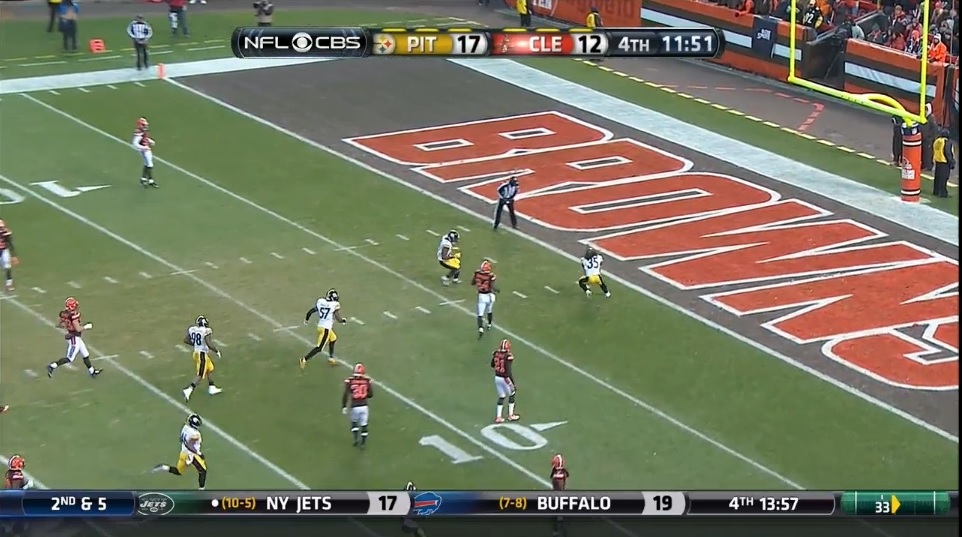 Though the team lost one of their top special teamers in Roosevelt Nix, they quickly brought back another. You know him, you love him, Ross Ventrone.

“Those kind of guys are special, they really are,” Smith told Bob Labriola in their weekly Coaches Speak sitdown.

“His preparation, his detail in his work, his production, I love the guy. I’ve always loved the guy. I’ll go to bat for him. I’ll go to war with him. Morning, noon, or night. It’s important to him. It’s very, very important to him. I like being around those kinds of guys. He uplifts a team, he uplifts a coach in myself, he’s a special guy. And a special talent that understands his role and is very good at what he does. I love him to death.”

Ventrone immediately made his presence known Sunday, batting a Jordan Berry ball to keep it from rolling into the end zone. The ball wound up being downed at the Cleveland Browns’ one, where they would eventually turn it over in their own end, leading to a Steelers’ touchdown.

He served as a gunner on punts and a starter on the team’s kick coverage. His return came at the perfect time. Without Nix along with injuries to Jarvis Jones and DeAngelo Williams, it shuffled the deck for the Steelers’ coverage units. Ventrone was able to give the team some relief, an established, high-effort, and like Smith said, productive piece.

After being waived by the Steelers, Ventrone was eventually signed to the practice squad of his former team, the New England Patriots, but that stay didn’t last long as he found himself unemployed again several weeks later. So far this season, he’s registered 3 total tackles on special teams in the six games that he’s appeared in with the Steelers.

Despite the adversity, Smith takes it in stride.

“In this organization, there is a standard and its next man up and there’s no place I ever worked better than here at demanding that. We don’t bitch, moan, or complain about what we don’t have, we’re going to be positive about what we do have.”

They’ll need his services again Saturday facing off against the dangerous, aggressive Adam Jones in the return game. The Steelers didn’t see him in their last meeting, Jones sitting out due to a foot injury.