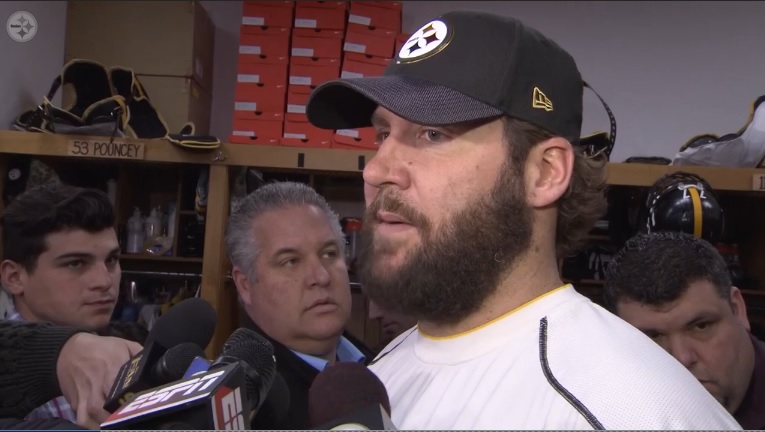 Even if Ben Roethlisberger plays Sunday against the Denver Broncos, his preparation isn’t going to be the same. As Mike Tomlin spoke to what we all already knew, Roethlisberger will be limited in the early portion of the week, even in a best case scenario.

Roethlisberger spoke to the media today, laying out the plan is for him to be as ready as possible, mentally and physically.

“Take a lot of mental reps. Get in there and do my rehab and treatment. Do everything the doctors say to strengthen and get back.”

He confirmed he hasn’t thrown a football and doesn’t know when he will start, leaving it up to trainers and doctors to make that decision.

Despite his desire to play, Roethlisberger acknowledges he’ll bow out if it improves the Steelers’ chances of winning.

“I’d like to be able to [throw the football 30 yards downfield]. I want to be out there unless I hurt the team. If you can’t throw the ball 25, 30 yards downfield, I think you’re hurting your team. I don’t think we’d put ourselves in that situation. But if we can find any way possible to get to there, pain meds or whatever it is, where I can deal with the pain and make plays and just have to be in a lot of pain the next day, I’ll deal with it.”

If Ben can’t go, Landry Jones will be able to grab the opportunity, looking to redeem himself from last week’s cameo against the Cincinnati Bengals.

“It’s always going to help a ton if I do get the chance to play,” Jones spoke of having the reps in practice – something he didn’t have last week – if he is asked to play in the game.

“I would love [a redo]. It just kind of felt like I almost lost the game for us. Lucky enough Ben came in and freaking did an unbelievable job of getting us back in it. And that’s all that matters.”