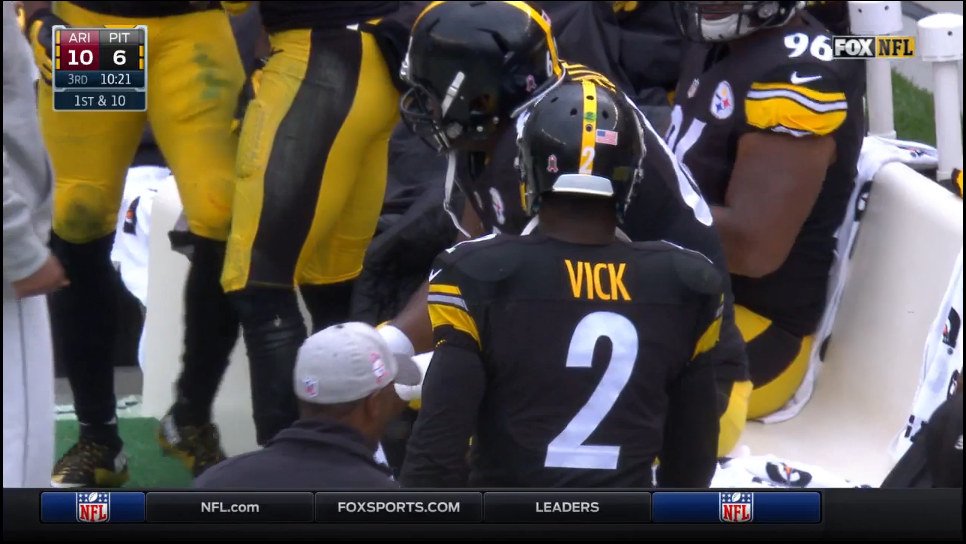 Though it’s no surprise, Ben Roethlisberger is expected to start today’s Divisional matchup against the Denver Broncos. But the Pittsburgh Steelers are being pragmatic and are expected to dress Mike Vick as the third QB as reported by Gerry Dulac.

Roethlisberger, of course, figures to play through a lot of pain after suffering a shoulder injury last week. His effectiveness is something no one can say for certainty, leading the team to dress Vick in case Roethlisberger just doesn’t have it or re-injures that shoulder.

Vick hasn’t been active since Roethlisberger’s return as the backup to Landry Jones against the Cleveland Browns in mid-November. He made three starts this season, struggling in an overtime loss to the Baltimore Ravens and comeback win against the San Diego Chargers. He was injured – and also basically benched – for an awful performance against the Arizona Cardinals.

Jones will still serve as Roethlisberger’s immediate backup. He received the lion’s share of reps Wednesday and Thursday with Ben out or very limited.

Expect the Steelers full slate of inactives in about an hour.