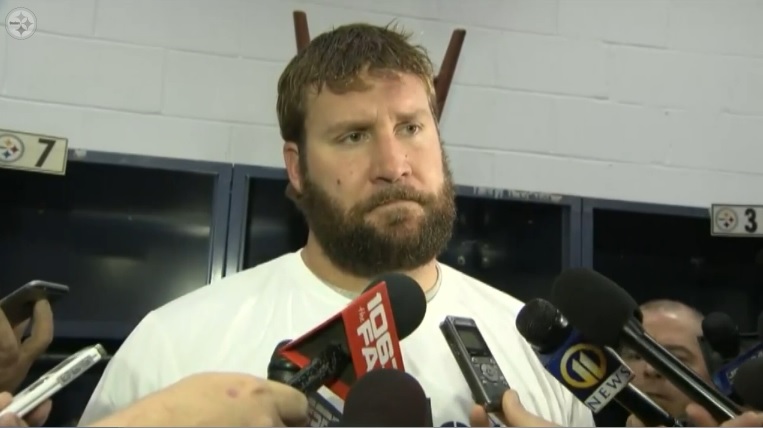 After publicly calling out Pittsburgh Steelers wide receiver Martavis Bryant on his weekly radio show Tuesday, quarterback Ben Roethlisberger let be known Wednesday morning that he has since talked personally with his teammate to explain his comments.

“We talked yesterday,” Roethlisberger said, according to the Pittsburgh Tribune-Review. “I feel like we need him. I love that guy like a little brother. I just wanted him to know that we needed him to step up. It was nothing more than a challenge.”

While some might disagree with Roethlisberger challenging Bryant publicly, one former Steelers player feels he was justified in doing so.

“That was a great call by him,” former Steelers cornerback Deshea Townsend said Wednesday morning in an interview on 93.7 The Fan. “Because he’s going to need him on Saturday…you know where all the coverage is rolling to, so the guy opposite of Antonio [Brown] is going to have to have a big day, so that was a good call by Ben, calling the young fella out.”

Bryant certainly hasn’t been productive over the course of the last two games that the Steelers have played as he’s managed to catch just two passes for a whopping 6 yards. In Sunday’s game against the Cleveland Browns, he only played 12 offensive snaps as he was forced from the game with what head coach Mike Tomlin called a minor injury. That injury, however, is not expected to keep him out of practice this week.

The Steelers will play the Cincinnati Bengals Saturday in a Wild Card game and in the previous two meetings between the two teams, Bryant failed to register more than 49 yards receiving in each and that needs to change this weekend in Cincinnati against a defense that again is expected to play a lot of cover-2 with zone underneath.

“Whether him going deep or him doing underneath stuff (he can help),” Roethlisberger said Wednesday. “That is where he is striving to get better is his route running, his underneath routes to beat the deep coverage and catching the ball. He is a special player with the ball in his hands. A 3- or 4-yard pass can turn into a 70- or 80-yarder because he is quick.”

Bryant ended the 2015 regular season with 50 catches for 765 yards and 6 touchdowns.