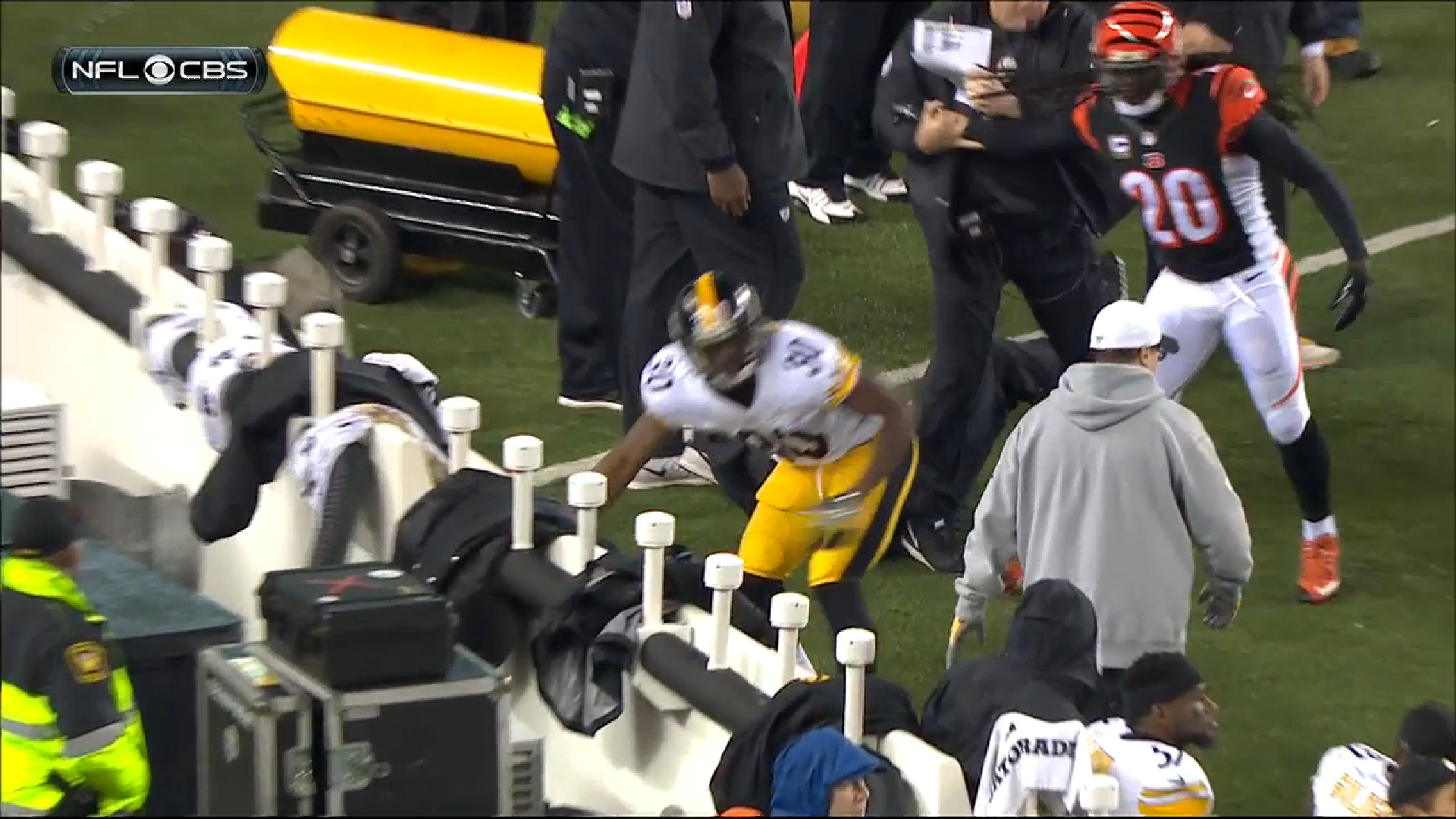 Much has been made from various parties about a certain pair of Pittsburgh Steelers assistant coaches, subsequently portrayed as a group of undisciplined men who are not properly reined in by the higher ups in the pecking order. The narrative that has ensued has unquestionably grown to absurd proportions. But that also doesn’t mean that there is nothing there.

The actions of offensive line coach Mike Munchak and outside linebackers coach Joey Porter have been put under the microscope over the course of the past week, with each coach being involved in an altercation that drew a flag one way or the other.

Reportedly, the NFL has taken both of these incidents under advisement to consider them for potential discipline, though there have been no reports of any type of fine levied on either as of this writing. I certainly don’t believe that either did anything to warrant a fine—perhaps not even a flag. But perhaps a word could be in order.

Porter in particular obviously ruffled the most feathers, as his presence on the field after Antonio Brown’s injury helped to inflame tensions that ultimately resulted in the Bengals drawing a personal foul that made the potential game-winning field goal a 35-yarder.

The typically straight-shooting but respectful Bengals left tackle, veteran Andrew Whitworth, had some strong comments about Porter after the game, saying that he didn’t respect him specifically among the team’s players and coaching staff, and that he was a person who had always run his mouth as a player.

While that does not in itself make an argument, he did later make a point that I believe has some merit as it pertains to Porter, who is in his first season as a position coach, second as an assistant in the NFL, and third overall since retiring just a handful of years ago.

“He’s not a football player anymore, he’s a coach, so he’s got to be held to a higher standard”, Whitworth said. “The guy was a good football player, but as a coach, I would hope he learns to have a little more respect for players”.

While there is no currently available video evidence of Porter doing anything but being out on the field to incite the incident that ensued, it would not be hard to make the argument that he has yet to completely make the transition from player to coach, as can be seen in some of his sideline antics. He once infamously nearly came to blows with LeGarrette Blount during last season’s training camp during a backs on backers drill.

Whitworth is right in that Porter is a coach now, and that means that there is a clear delineation between himself and the currently active players, which corresponds to a higher standard of conduct. And that goes for Munchak as well as everybody else.

Munchak of course drew a 15-yard unsportsmanlike conduct penalty after a brief altercation with Bengals safety Reggie Nelson out of bounds. Nelson made little to no effort to slow his momentum as he crashed into the veteran coach, sending him hopping backward a couple of feet.

It was an obvious slight and sign of disrespect from Nelson, but Munchak did retaliate in the heat of the moment. Upset with Nelson’s push, he responded by tugging on his arm to usher the safety past him, toward the bench, also, inadvertently or not, getting a handful of his dreadlocks with his opposite hand and yanking on it.

I certainly don’t think that there is anything to be concerned about from Munchak, as veteran and professional as they come, for the brief lapse. His was a very human response under trying circumstances, and I’m confident that he realizes he should have avoided any unnecessary contact. But it did happen, and as a professional coach, it should not happen again. Anybody making more out of either incident is simply spewing hot air.