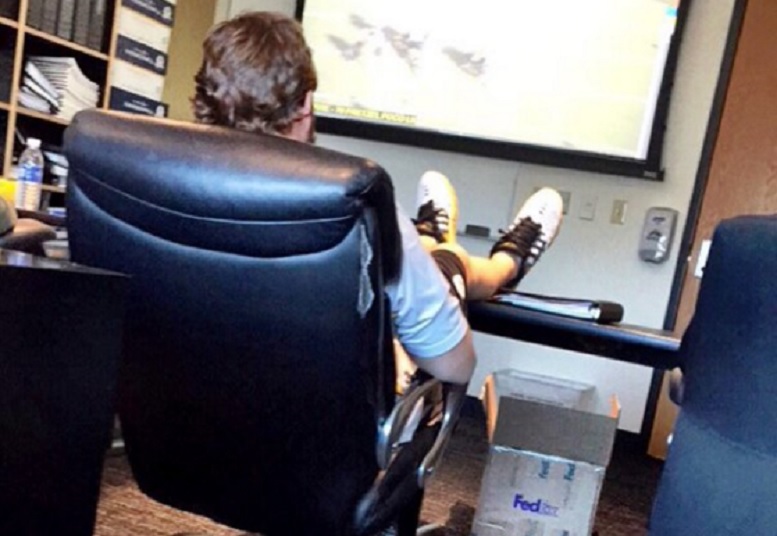 The Pittsburgh Steelers will play the Denver Broncos late Sunday afternoon in the AFC Divisional Round of the playoffs and while quarterback Ben Roethlisberger did suffer an injured right shoulder Saturday night in the Wild Card game win over the Cincinnati Bengals, it’s already looking and sounding like he’ll be able to play this coming weekend.

On Sunday, Steelers third-string quarterback Mike Vick posted a picture of Roethlisberger watching tape of the Broncos and as you can see, the Pittsburgh quarterback doesn’t appear to have his right arm in any kind of sling and nothing on his shoulder. Our very own Melanie Friedlander sees that as a good sign.

Roethlisberger injured his right shoulder when he was sacked by Bengals linebacker Vontaze Burfict late in the third quarter of Saturday night’s game. After being carted off for further examination, the Steelers quarterback returned to the sideline and eventually the game for the team’s final offensive possession.

While Roethlisberger seemingly couldn’t throw the football very far down the field after returning to the game, he’ll now have a full week in order to rest his shoulder and arm for Sunday. The team will release their first injury report on Wednesday so we’ll know then what his initial level of participation is. Additionally, Roethlisberger will have his weekly radio appearance on Tuesday and at that time he might personally update the status of his health.

You can read Melanie’s outlook for Roethlisberger right here.