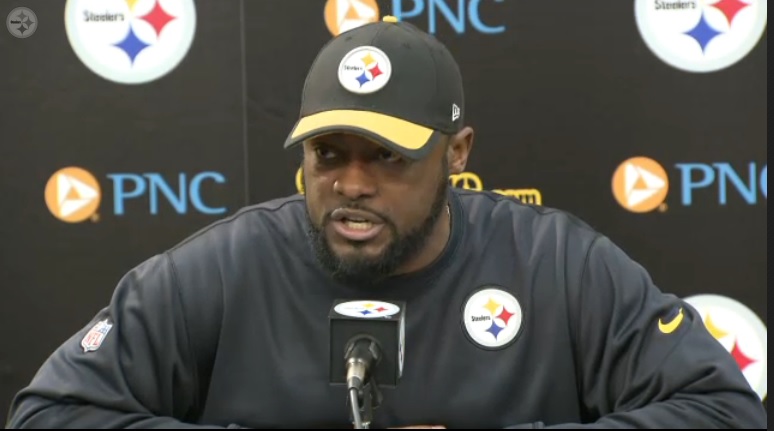 Since the Pittsburgh Steelers defeated the Cincinnati Bengals on Saturday, we have all had plenty of time to chew on what we witnessed, which, I believe, is safe to say was not quite the standard fare, given the way that the end of the game played out.

The Bengals players have certainly digested what transpired, in their own ways, and have spent plenty of time rehashing the game repeatedly, both on social media and during interviews, seemingly happy to answer any question about the past game.

One person who had another view of that was Steelers head coach Mike Tomlin during his weekly press conference, who laid down the law on Tuesday with reporters, setting a tone early in the media questions portion of the conference that he would not be looking back, but only forward to the Denver Broncos, and with good reason.

“Cincinnati is afforded the opportunity to sit around days after the game and rehash what happened. We’re not afforded that opportunity. We have a challenge, a formidable one, waiting on us in Denver”, he said, with the implied dig at the Bengals perhaps not intended, but certainly very present.

The Bengals have had plenty of time to sit around and talk about their last game during the Januarys of the past couple of decades, because it has been that long since they’ve last won a playoff game, but the Steelers are looking ahead toward their next postseason game, and aspiring to February football. The Bengals won’t matter again until September.

Asked about Joey Porter and why he was on the field, Tomlin chose to let his previous comments from the day of the game stand for themselves rather than rehashing the same narrative, saying that he “thought it appropriated summarized the play” of the game.

He went on, emphatically, about leaving the Wildcard round in the rearview mirror and moving forward, much in the opposite direction that the Bengals have taken since then. Cincinnati’s players have been heated, even their coaches, criticizing Porter, but the Steelers don’t have the luxury of dissect every minutia of what is really a media story, and not a football one:

We’re moving on. We have to. We can’t waste one iota of time living in the past. It’s not going to help us beat the Denver Broncos, so I’m not going to address it in any way, because addressing it just leads to another question, whether it’s to me or someone that plays for us, and that’s not going to help us this week. So I’ll respectfully decline any of those questions. I’m sure it’s interesting for you guys. There’s not enough ball going on this time of year, so you’ll continue to chew it, but we’re not going to participate.

I understand that Tomlin manages to rub a lot of people the wrong way—particularly those of opposing fan bases—with the way that he conveys himself, but the reality is that he does an excellent job of minimizing distracting discussions, which is about all you can hope for from a press conference. So with that, to paraphrase Bill Belichick, we’re on from Cincinnati—or at least the Steelers are. We still have some tape to break down.