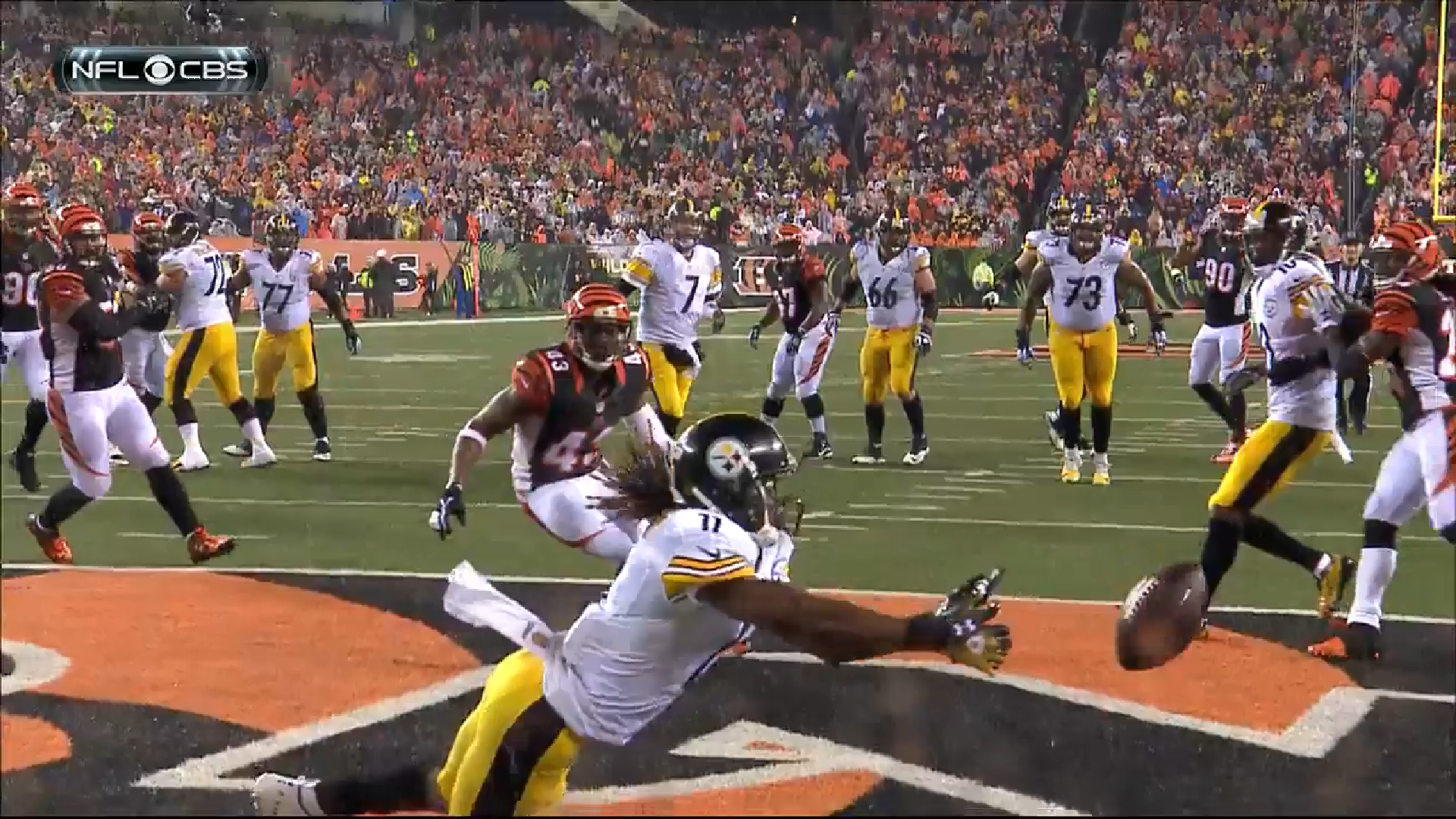 You may recall that the Pittsburgh Steelers managed to jump out to a mounting lead about 10 minutes into the third quarter when Ben Roethlisberger hit Martavis Bryant in the end zone, who utilized exceptional body control and awareness to keep the football pinned to his body to secure the catch.

That action built the Steelers’ lead up to 15-0 over the Bengals, after which Mike Tomlin chose to attempt a two-point conversion, which ended in an incomplete pass, leaving the lead as it was rather than boosting it up to 17-0.

Consequently, the Bengals successfully scored on three consecutive drives in the fourth quarter to build a 16-15 lead, beginning with a touchdown before adding a field goal, and finally a second touchdown. The offense hoped to build a three-point lead to take advantage of the Steelers’ miss, but their rushing attempt for a two-point conversion failed, leaving the lead at 16-15.

There was at the time more than a little bickering about Tomlin’s decision to attempt a two-point conversion at that time. A number of beat writers, for example, expressed their confusion over the merits of going for it at that time over Twitter.

But the motivation was clear, as it should be to anybody who has been following the Steelers over the course of the season. Tomlin has been using the two-point play as an aggressive, proactive offensive weapon all year, and in this instance, he was attempting to secure a three-possession lead.

Had the Steelers gone for two and increased their lead to 17-0, then the Bengals would not have been able to reach that total merely by scoring two times, with two touchdowns and two successful two-point conversions. Attempting to force the Bengals to score three times in the final 20 minutes in a game in which they had been shut out up to that point was a calculated risk well worth taking.

Of course, as things progressed, Cincinnati was actually able to get those three scores, but things would have been different had the Steelers just kicked the extra point. For starters, the Bengals would figure to have attempted a two-point conversion after the first touchdown, and a successful conversion would have made them more aggressive in trying to score a touchdown on their next possession to draw even rather than rely on another defensive stop and another offensive score.

And Roethlisberger’s shoulder injury at the close of the third quarter that knocked him out until the waning moments of the fourth quarter was obviously not something that was or should have been predicted. His exiting the game, it goes without saying, vastly altered the complexion of the game, and perhaps would have lent itself to a more conservative decision.

As it was, however, I have no issue with Tomlin’s decision. It certainly was not out of character, and, frankly, it was statistically likely. The Steelers attempted 11 two-point conversions during the season and converted eight of them. 10 of them were with Roethlisberger, so they went into the playoffs with an 80 percent success rate, including one in the season finale.

When you’re good at something, it behooves you to exploit your skill, especially when it is one that your opponent will struggle to match. The Bengals failed to convert their only two-point attempt during the regular season.