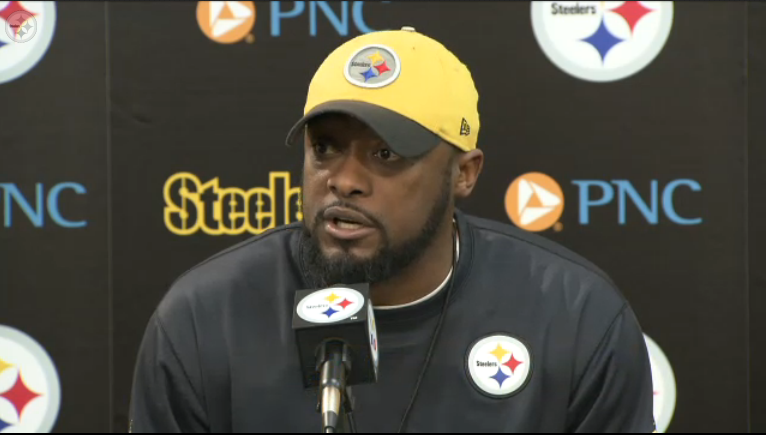 Right before I left for Mobile, I saw Bob Labriola sit down with Mike Tomlin for a great interview on Steelers Nation Radio. I wasn’t able to write about it then but now that I’m back, I was dying to get to it. Lots of great information from it we’ll trickle out over the next few days, but we’ll start with the end. Labriola asked Tomlin about his exit interview process, one of the final, formal sitdowns between player and coach. Tomlin had already elaborated in his final press conference the players meet with Tomlin and their position coach, but shed some more light on his methods.

The interviews take between 15 to 45 minutes, according to Tomlin. With younger players, it’s more geared toward a lecture. With older players, it becomes more of a conversation. But there is one aspect all the interviews share: truth.

“I think we gotta have truth. We have to be able to communicate. And communicating is giving and taking. It’s both men. It’s just the younger the guys are, they don’t have a lot to offer in terms of know-how and what needs to transpire for them. They come in ready to receive information. They want direction. They want to layout a plan that is going to allow them to be successful. If you don’t gain anything in a rookie year, I think at the end of the year, you know there’s a lot you don’t know.”

When we talk about “players coach” with Tomlin, it’s easy to think of it in terms of age or personality. Tomlin dresses sharp, can be emotional, and has that swagger so many players live for. That’s part of the phrase but the bigger, more impactful section, is Tomlin treating other players with respect and honesty. That, to be clear, doesn’t absolve him from his flaws – an overeliance on gut decisions arguably the biggest. But there are numerous qualities to admire, and that honesty and openness is one of them.

Like any good coach should, he uses the exit interview as a teaching tool. Because there aren’t many opportunities for player to meet with coach one-on-one during the season.

“I think it’s important that a man knows an evaluation of his efforts. And I also think he needs a little bit of direction in terms of what may be expected moving forward. We are at the very infancy that is going to be [2016] and I don’t see a lot of it with great clarity but anything I do see with clarity I give it to them. Because I think that helps a man move forward.”

In doing so, building that trust, giving that sense of direction, the relationship between player and coach strengthens. And for Tomlin, relationships is about the only thing you can carry over from one season to the next.

“Relationships are the only thing, with any reasonable expectation, expect to carry over. We’re a product of our experiences, particularity our shared ones. We grow together from those. And I think that is the only thing that you can carry moving forward.”

The 2015 version of the Pittsburgh Steelers certainly had their share of difficult experiences. I don’t even have to rattle them off at length: injuries, a relatively difficult schedule, the growth and development of several key young players. It’s why the goal should be to keep this team together as much as possible in this salary cap driven league, clutching onto those relationships. So when obstacles emerge in 2016, and you know they will, this group can draw on from last year and again, rise above.