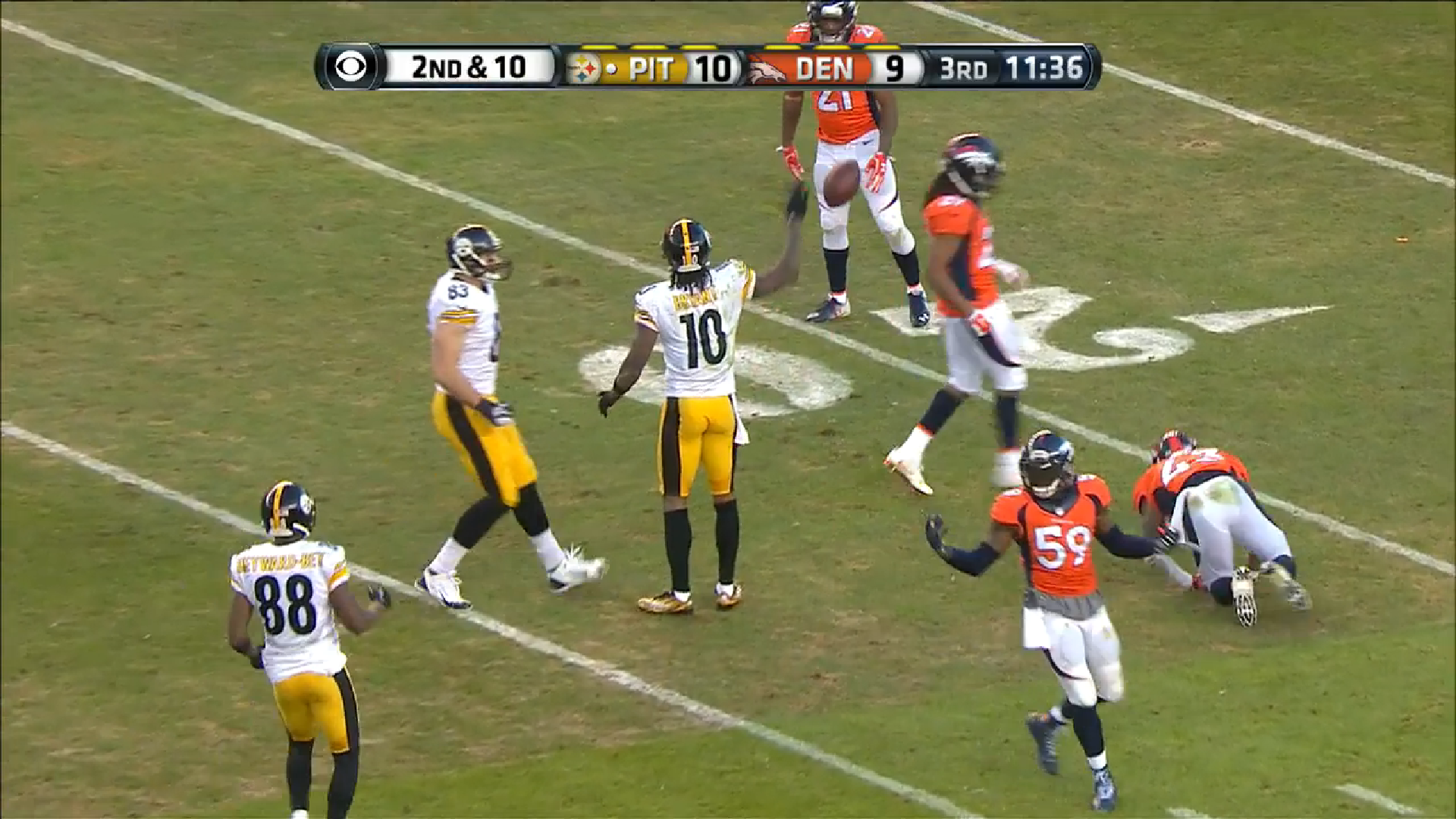 Over the course of the stretch run toward the end of the regular season, Pittsburgh Steelers second-year wide receiver Martavis Bryant’s performance had significantly begun to drag. Over the span of the last several games, he was held not only without a touchdown, but even without an explosive play, which had been his forte.

In fact, over the span of the final two games of the season, he had just two catches for six yards, and one end around on which he picked up four yards, thus totaling 10 yards of offense for a two-game span in which he was often featured—though he was limited due to an illness and then an injury in the season finale.

Equally noteworthy is that he began to drop passes at regular intervals. In fact, he hands had become more suspect than they were during his rookie season. Though it was on his college tape, it seemed last year that he may have largely corrected his issues.

But he hadn’t, clearly, and it resulted in a public challenge from his quarterback, Ben Roethlisberger, to step up his game and get tougher during the postseason. And luckily for the Steelers, he did.

During the Wildcard game, he was still held without an explosive reception—29 total yards on five receptions—but one of those catches was a stellar 10-yard touchdown pass, and he added a 44-yard end around to go along with it.

Last night, he stepped up to an even higher level, even without a score—and he did drop one pass—catching nine passes, one off his career high, for 154 receiving yards, adding another 40-yard end around in the process for a total of 194 offensive yards.

He was targeted 15 times during the game, the most in his career, though only by one, and the previous instance also came against the Broncos, when he caught a career-high 10 passes for 87 yards. In two games against arguably the league’s best secondary, he caught a total of 19 passes for 241 yards.

Of course, he had to step up big in this game with Antonio Brown out due to a concussion that he suffered on the Steelers’ final offensive play of the Wildcard game after taking a vicious head shot at the end of an incomplete pass, and he did. One could argue that he should have also drawn a pass interference call in the end zone as well.

The Steelers are quickly learning what sort of talent Bryant possesses as an open-field runner, a trait that is somewhat surprising given his height, and certainly cannot be attributed purely to speed. Pittsburgh has in its recent history had a speedster at wide receiver who struggled to maneuver through traffic.

They are also learning, however, that he seems to be a player who is in eternal need of motivation. Fortunately, he is an individual who responds to coaching, and to discipline. 2016 should be a very interesting season for this young man.