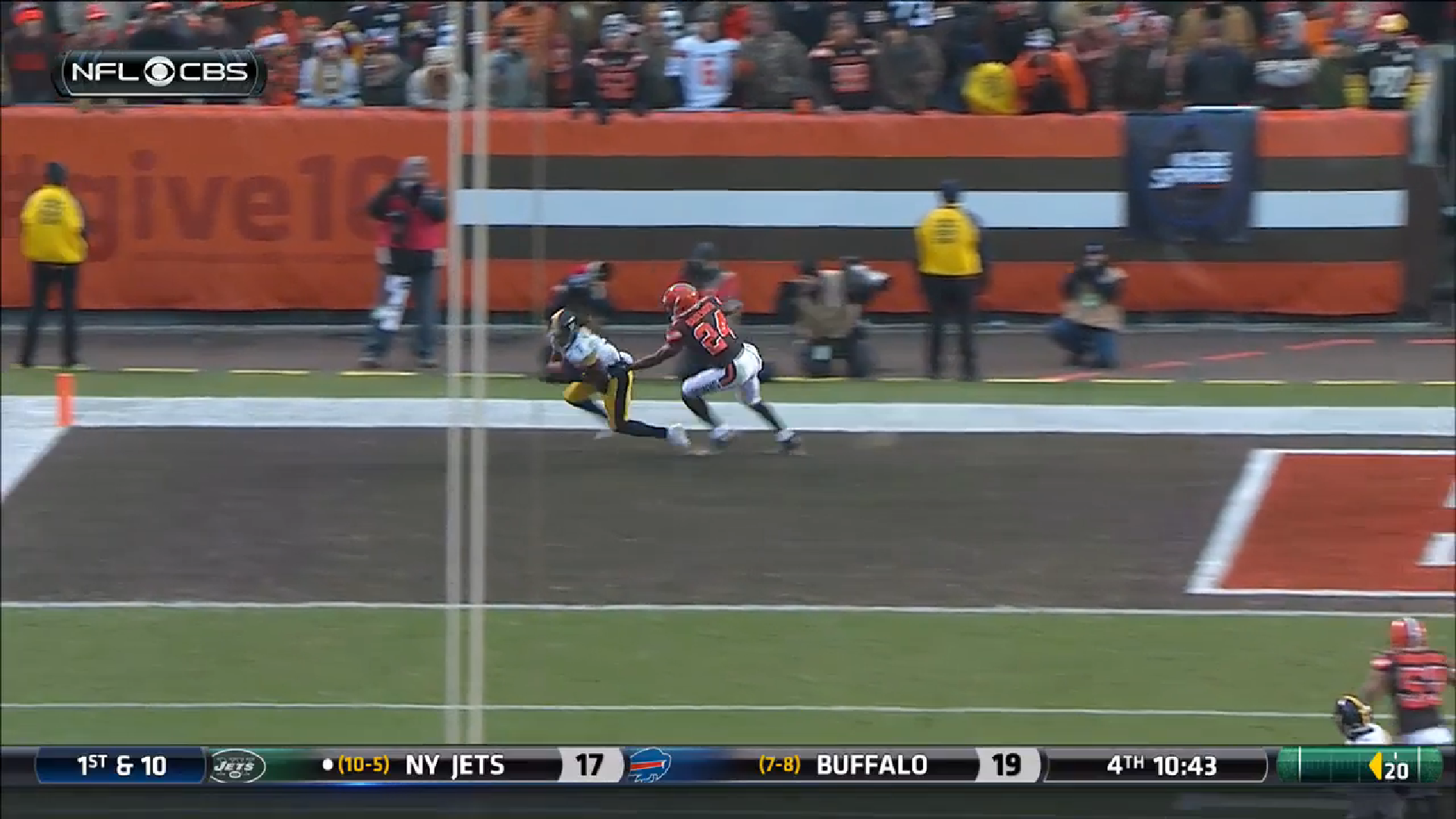 With Martavis Bryant either suspended or injured for the first five games of the season, Pittsburgh Steelers wide receiver Markus Wheaton resumed his place in the starting lineup, where he spent most of last year.

In spite of that, the production did not come his way the way that many expected it to when the Steelers originally drafted him in the third round of the 2013 NFL Draft. In fact, from Weeks One through 10, he recorded just a single game in which he caught at least three passes four at least 40 yards.

Through most of the long opening stretch of the season, he was not getting the opportunities to produce, and when those chances did come his way, they were often difficult ones that he failed to capitalize on, or he was no on the same page with Ben Roethlisberger.

It all started with an explosive output against the Seahawks, where he caught a career-high nine passes for by far a career-best 201 receiving yards (just the fourth player in team history to reach that mark), in addition to a touchdown.

The following week, he hit three receptions for 50 receiving yards right on the nose, adding another touchdown, for just the second time in his career in which he had back-to-back games with a touchdown—the only two games in which he scored in 2014.

Against the Bengals and Broncos the following two weeks, Wheaton put up a total of 10 receptions for 127 yards combined, split pretty evenly between the two games, and added another touchdown against the Broncos.

His ‘weakest’ performance of the home stretch came a week earlier against the Ravens, in which he caught three passes for 41 yards, with a long reception of 19 yards, but he came back strong against the Browns with another three receptions for 47 yards, including a 40-yard completion, and another touchdown.

On the season, Wheaton finished with 44 receptions for 749 yards and five touchdowns, averaging 17 yards per reception to lead the team. His average per reception was actually the 10th-highest mark in the league among players with at least 20 receptions.

The majority of that production game after the bye week. In the final six games, he caught 28 passes for 476 yards and four touchdowns, averaging 4.7 receptions for 79.3 yards and .67 touchdowns in that span. Had he put up those numbers all season, he would have finished with 75 receptions for 1269 yards and 10-11 touchdowns.

As Bryant has slipped into a funk over the past several weeks for whatever reasons, Wheaton has been the beneficiary, and he has been able to produce, which may have come just in time, as his contributions will be needed in the playoffs.