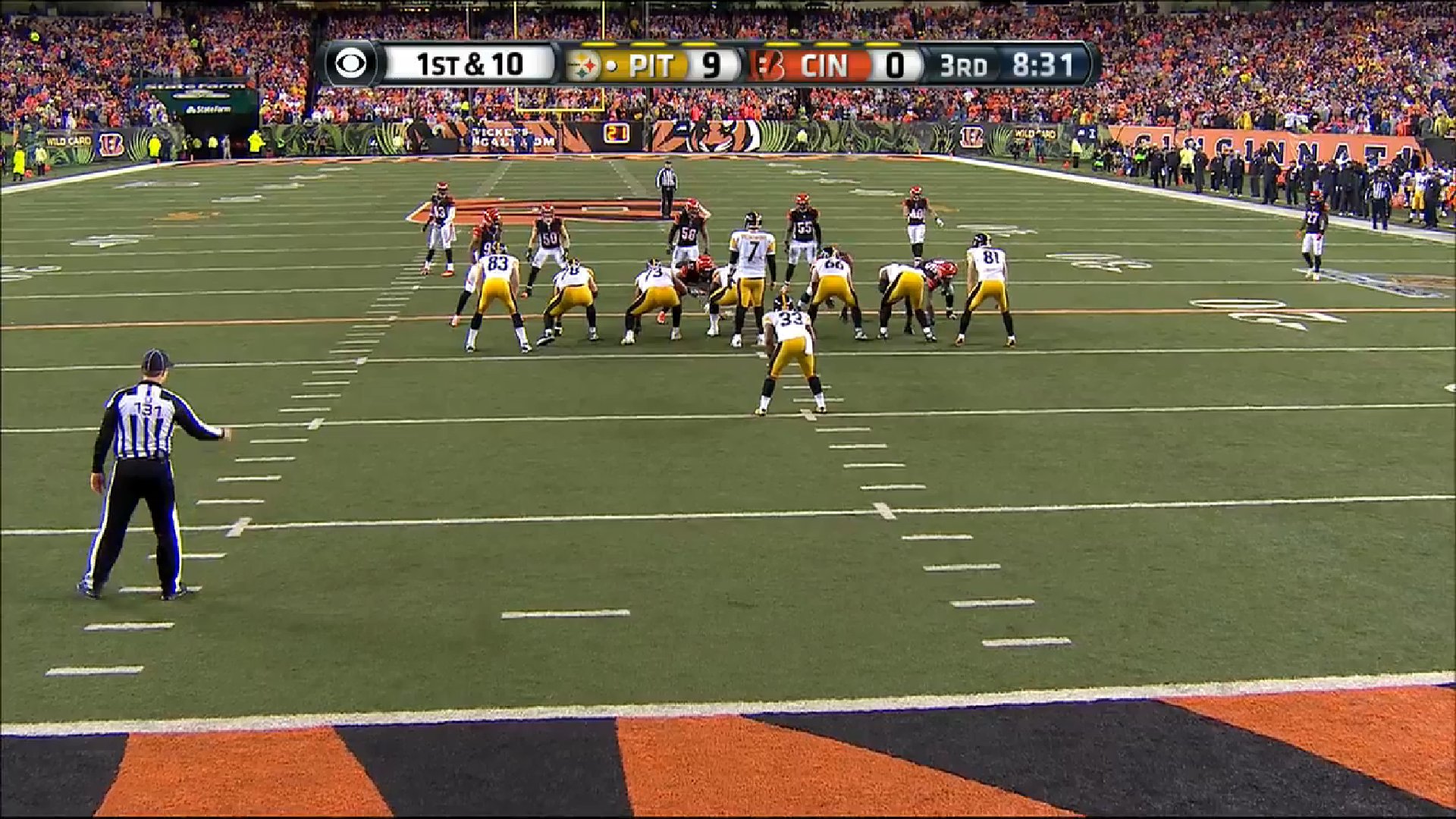 Curiously, rookie tight end Jesse James was actually the recipient of the majority of the two-tight end set snaps with Heath Miller. James played 16 snaps during the game, with half of them coming from a 12 look, typically in an even strength look with one tight end set to either side.

Veteran Matt Spaeth played only 11 snaps by comparison, with five of his snaps run from the 12, on three occasions run out of an imbalanced set with both tight ends set off to the right side.

The Steelers ran two plays with three tight ends on the field, and the first one involved Miller, James, and Will Johnson—not Spaeth. Of course, Johnson suffered a hamstring injury during the game. Spaeth joined Miller and James later in the game on a second-and-one play.

You will notice, of course, that the Steelers did not run any snaps out of any 2X personnel—that is, two running backs or fullbacks lined up in the backfield with some combination of three wide receivers or tight ends.

This was a necessary change that the offense has had to adapt to since losing their fullback, Roosevelt Nix, to a foot injury late in the season. During the regular season, the Steelers ran 146 plays, not involving kneel downs, in which they ran with a two-back set, taking various forms over the course of the regular season, largely due to injuries, but nearly exclusively featuring Nix as the lead blocker.

Since Nix’s injury, the Steelers have run just two snaps from a 2X set, both coming in the game in which he was injured, near the goal line, with Johnson serving in the capacity of a fullback. But the team did not run anything out of that set in the season finale, nor during the Wildcard game, though admittedly that pretty much went out the window with Johnson’s own hamstring injury.

Without the option of using a fullback, then, the Steelers turned to a higher proportion of multiple tight end sets than they normally due given conventional circumstances in order to counter the loss of Nix against Cincinnati, accounting for about 30 percent of their snaps.

One would imagine that this trend will continue barring Pittsburgh falling behind quickly and needing to play from behind early and often against the Broncos tomorrow. The Steelers, of course, led or were tied for all but about two minutes last week.

How those second tight end snaps are divided between James and Spaeth will be interesting to watch, because up until this game, the rookie did not see many snaps out of X2 personnel with a healthy Spaeth. He did not exactly shine in that role either, so it would not be a surprise at all to see Spaeth return to taking the majority of the number two tight end reps.