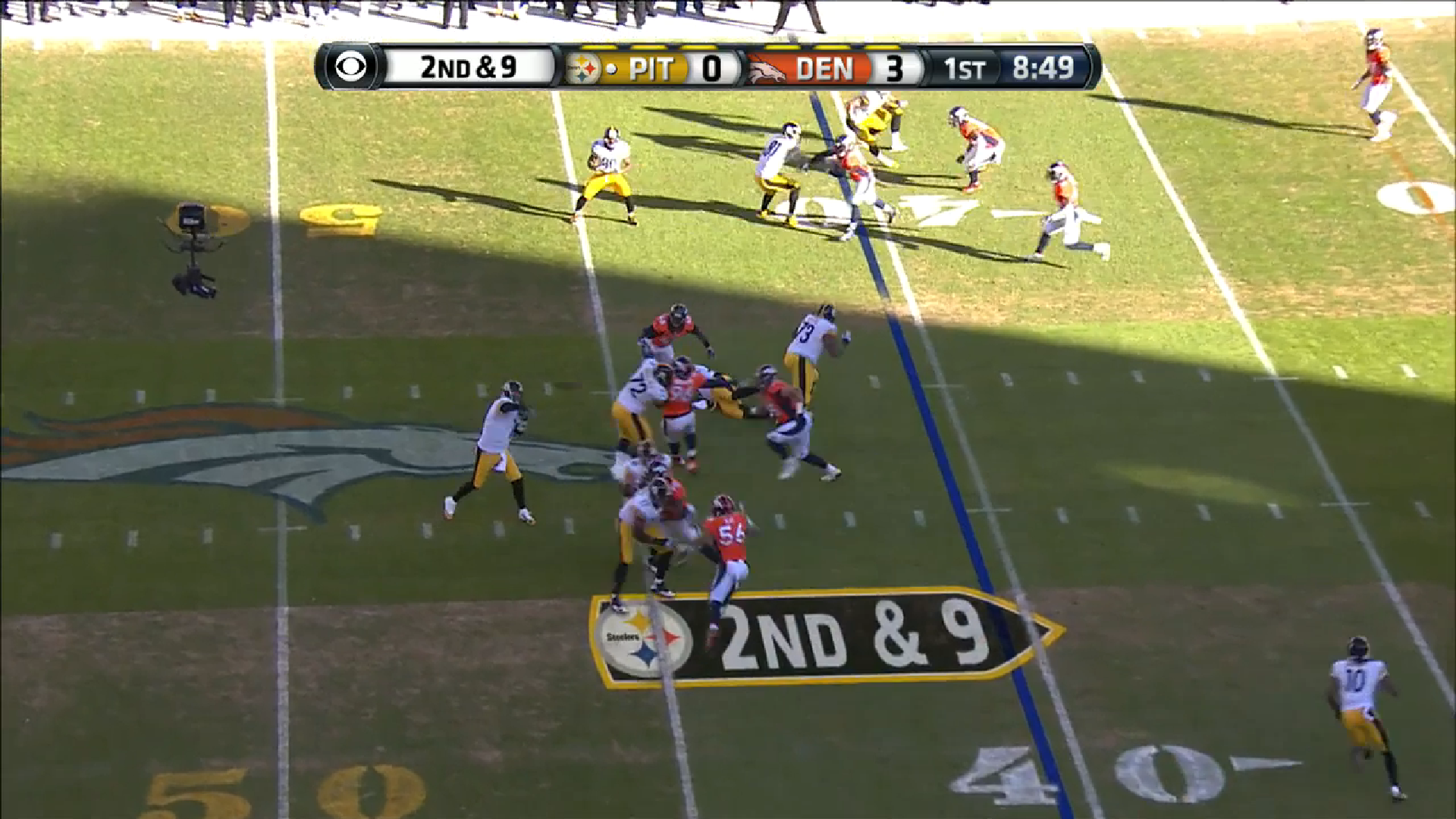 Last week, in the Pittsburgh Steelers’ Wildcard victory over the Bengals, the team started Fitzgerald Toussaint at running back due to injury, but they also used Jordan Todman intermittently, for about 15 snaps, or around 20 percent of the total offensive plays in the game.

More specifically, he was on the field for offensive purposes on 14 plays, and on 11 of those plays, he was given the ball as a runner—quite successfully, I might add, rushing for 65 yards on those 11 carries, including multiple runs of double-digit yardage, with a long of 25 yards.

On Sunday, he only saw seven snaps on offense, but as with last week, a heavy percentage of his snaps in the game saw him touch the ball. Todman ran the ball five times on his seven snaps in the game, but he only managed to pick up six yards in total for his efforts. His final carry resulted in a five-yard loss, however; prior to that, he had five carries for 11 yards.

The question that I am left with is why such a high percentage of snaps feature him as the ball carrier. Over the course of the Steelers’ two playoff games, he played total of 21 snaps on offense, and he ran the ball 16 times, which works out to over 76 percent of his snaps resulting in touches.

The immediate thought that comes to mind is that the Steelers coaching staff was not at a requisite level of comfort to entrust him to perform many of the basic tasks that they ask of their running backs when they are not carrying the ball, and this would seem to mesh with what we saw on Sunday.

Obviously, five of Todman’s seven snaps on offense against the Broncos were running plays, with the other two being pass plays. On the first pass play, which directly followed one of his five carries, he lined up in the left sidecar in the backfield before motioning out wide in a bunch formation, bluffing as the recipient of a screen on a pass that ultimately went to the other side of the field. The other play featured him running a flat route from out of the backfield.

A similar, though not identical theme can be found from his snaps in the Wildcard game against the Bengals. His first four snaps were all carries, which came in pairs. Later, on the second play of a three-and-out drive, he served as the play-action back without any role in blocking on a pass that was ultimately turfed due to pressure.

He later had a four-play sequence that started with two carries, followed by two passes. On the first pass, he again was featured in a play-action effort, and ultimately threw a chip block on an edge rusher who was being double teamed. On the second pass, a third-and-two play, he did pick up the blitz coming in from the middle.

The remainder of his plays were all carries. So in all, he participated in five pass plays over a two-game span, on three of which he was asked to make no effort to block. I suspect that he could have played a bigger role in these games—and probably never would have lost his spot on the depth chart—if he showed the coaching staff more in pass protection.