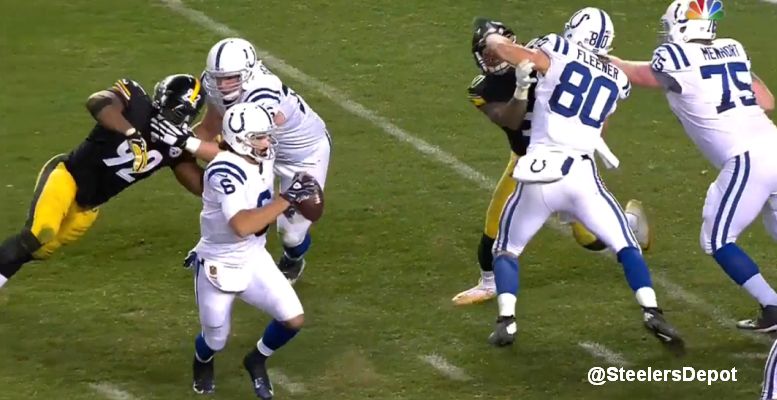 By season’s end, the Pittsburgh Steelers defense managed to put up an impressive 48 sacks on the season, which ranked third overall in the league, thanks in large part due to a season-high seven sacks in the regular season finale. It was the most sacks that the Steelers have recorded in a season since 2010, and also the first time that they have had at least 40 since then.

Last season, for example, the defense managed just 33 sacks on the year, with nearly half of those (15 in total) coming from just two defensive players. The Steelers were able to up the ante by nearly 50 percent from last year, adding 15 more sacks.

Now that the season is over, it is easier to see how it all breaks down, and where the sacks came from. What is immediately obvious is that it was a collective effort, with contributions coming from all levels of the defense and the depth chart.

The fact that Cameron Heyward led the team with seven sacks, which is just under one tenth of the total, should be an indication of how spread out the figures are. His seven sacks were the lowest to lead the team in that statistic in a 40-sack season since 1997 when—believe it or not—Carnell Lake led the team with six of that team’s 48 sacks.

Those two seasons also share another key characteristic in that both the 1997 and 2015 Steelers teams received contributions from 16 different players to the sack total, which is the highest number of players to record at least half a sack in that time span.

Of course, the outside linebacker position has largely been the central focus of the Steelers’ pass rush since that converted to a 3-4 defense in the early 80s. This season, they relied heavily upon a four-man rotation at the position, which yielded a total of 15 sacks. James Harrison led the group with five, while Arthur Moats and Bud Dupree each had four, and Jarvis Jones had two.

Also contributing 15 sacks to the total was the defensive line, led of course by Heyward’s seven sacks. Stephon Tuitt also had 6.5 sacks, while Steve McLendon recorded one sack and Daniel McCullers split one sack.

The remainder of the 18 sacks came from the inside linebackers and the secondary, with the inside linebacker position producing 10 sacks on the year, 8.5 from the starters. Lawrence Timmons, with a sack and a half in the season finale, finished with five, while Ryan Shazier had 3.5. Sean Spence recorded one sack, and Vince Williams split one with McCullers.

Four different members of the secondary contributed to the sack total, with Will Allen leading the way with four sacks, tied for the fourth-most on the team, and the most by a defensive back in over a decade. Also notching one sack apiece were cornerbacks William Gay, Antwon Blake, and Brandon Boykin.

The 10 sacks were the most from the inside linebacker position when Timmons finished the season with six sacks and Larry Foote contributed four. The group also had 10 in 2010 and 2008. The last time the Steelers had at least seven sacks from the secondary was 2005, when they had nine. They also had 7.5 in 2004.