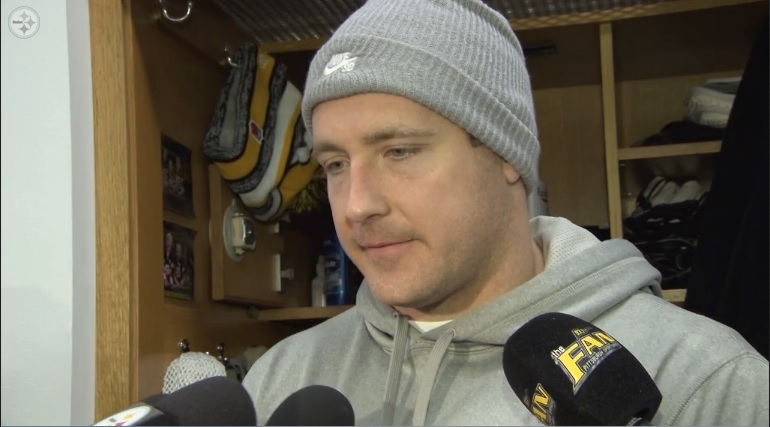 Heath Miller isn’t one to say much in an interview but with the season over and an opportunity to reflect, he opened up about his thoughts on the 2015 edition of the Pittsburgh Steelers.

“I feel like this team collectively, we thought we could beat anybody, anywhere, anytime with whoever. I think we proved that throughout the year. And to an extent, we proved that yesterday,” Miller told the media Monday.

Miller finished the year with 60 receptions, for 535 yards and two touchdowns. The receptions were in-line but his yardage were the fewest since 2010. But he’s never been one about stats, a team player since the day he was drafted, putting their goals ahead of anything else.

“You just have a feeling amongst the group of guys that we believed in each other. That’s the mark of a real team. You get that feeling going through trials together and coming out the other side.”

And oh were there trials. From losing Maurkice Pouncey in the preseason, Kelvin Beachum and Le’Veon Bell to season-ending injuries during the year, and Ben Roethlisberger, Ryan Shazier, and Stephon Tuitt for parts of others, it was as difficult a year as fans can remember. While Miller said you get an idea of the team you have in camp, you can’t gauge how tight-knit a team is until they experience that adversity during the season.

“Certainly the pieces were already there but I guess, talking about the intangibles things of being a true team and playing together.”

Now 33, Miller said he’s taking the rest of his career just a year at a time. But his play hasn’t seen the sharp decline like many others and if anything, his blocking actually improved from last year to this. He’ll be entering the final year of his contract in 2016 with a cap number of $7.18 million.