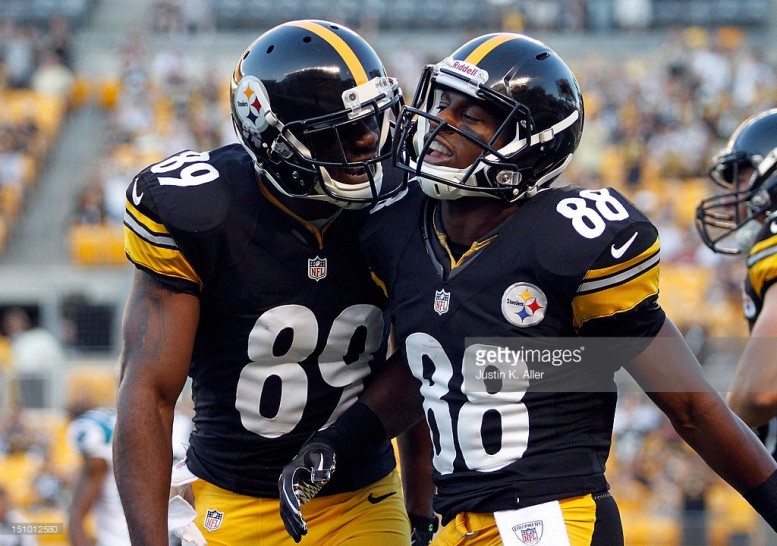 The Pittsburgh Steelers made a pretty stark transition at the wide receiver position two seasons ago, not by choice, but by circumstance, after they lost two of their top three wide receivers following the 2013 through the free agency process. Emmanuel Sanders signed a free agent contract with the Broncos, and will be playing with them in the Super Bowl a week from today.

Less talked about was the loss of veteran Jerricho Cotchery, who had a bit of a career year for himself in his final season in Pittsburgh before parlaying that into a nice new contract for himself after reaching an agreement with the Panthers—who will be representing the NFC in the Super Bowl against Sanders’ Broncos.

It seems a bit stingingly ironic that the Steelers would lose two of its top receivers from one of its best passing offenses in team history only to watch them compete against each other two seasons later in the Super Bowl, representing the teams that the left Pittsburgh to play for—but it shouldn’t be that surprising.

Of course, Sanders and Cotchery both signed with contending teams, statements that were true before their successes this year, finishing as the top seeds in their respective conferences. In 2013, the Broncos finished with a Super Bowl appearance, and the Panthers showed that they were on the cusp of being a possible perennial contender.

Now each are on the cusp of being a Super Bowl champion, and it would be the first in the careers of either Sanders or Cotchery—the latter being the senior of the top by some years, having turned 33 in June.

The Steelers did not want either to leave. In 2013, when Sanders was a free agent, the Patriots attempted to sign him to a one-year, $2.5 million contract at the risk of losing a third-round draft pick as compensation. Pittsburgh, believing it could be on the verge of contending for a Super Bowl, chose to match the offer, only to finish out of the playoffs and lose him the following year to another contending team, the Broncos.

There was an internal belief that Cotchery should have been easy enough to retain, given the fact that he was set to turn 31, had spoken glowingly about the opportunity to play with his teammates and with the organization, and had seemed to have made a home for himself.

Then the Panthers came calling, and made him a surprisingly high contract offer based largely on his breakout performance the year prior with 10 touchdown passes. Cotchery and his wife just so happened to have ties to the North Carolina area, which sort of sealed the deal.

Of course, since then, the Steelers have spent their drafts restocking the shelves, having already added Markus Wheaton in 2013. During the 2014 draft, they drafted Martavis Bryant in the fourth round, and most recently selected Sammie Coates, taking a mid-round receiver in three straight rounds. Ultimately, perhaps, it has worked out the best for all parties involved, especially when you consider the financial implications.