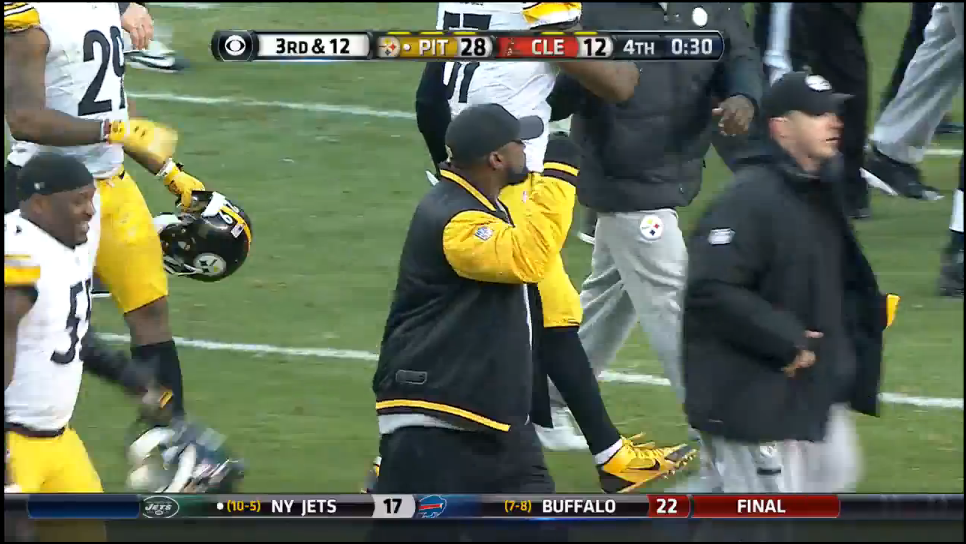 It took some help. Some hope. Some prayer. But it happened.

The Pittsburgh Steelers are in the playoffs.

And that means business is booming.

It’s hard to say where that phrase came from from. But it’s one Antonio Brown seemed to start. On the heels of the loss to the Baltimore Ravens, when the feeling in Pittsburgh was as glum as it’s been, Brown was encouraging.

New Year’s Day. Most of the players were home, either ending their day early or decided against coming altogether. Not Brown. Through his Snapchat account, he posted videos of him in an otherwise empty weight room. In the cold tub. And to the few still hanging around the South Side, Sean Spence, head trainer John Norwig, Brown recited one question with a known answer.

There was no arrogance. There was never any arrogance. But there was confidence. Confidence the Pittsburgh Steelers’ season wasn’t over, even if so many outside of the organization assumed it was. They didn’t control their own destiny, and that, above all, might have been the most frustrating part. But internally, hope was never lost.

That mentality starts with Antonio Brown. He might not be the true leader on this team, that goes to Ben Roethlisberger and Cam Heyward, but when you see the team’s best player – and that is unquestionably Brown – working hard with that smile, it resonates with the rest of the group.

Sure, it wasn’t a pretty finish. Letting a Cleveland Browns team, one that just fired their general manager and head coach for the billionth time, hang around for far too long. For what felt like an eternity. But it matches the season. Too many injuries, upsetting losses in scoreboard and feeling.

But it doesn’t matter now. Irrelevant, silly to question whether the team deserves to get in. They are in, and that’s all that matters. That’s all what will be remembered. None of us have any idea how the postseason will shakeup. The defense is beatable. The offense not at its best the last two weeks. None of it is particularly important. The playoffs are a clean slate.

After the win, AB posted a video on Snapchat of him and his teammates taking the bus back to Pittsburgh. Celebrate today, buckle down tomorrow, Cincinnati this weekend.

“I could show you the trail. But you gotta make your own footsteps. How’s business?”

Why, business is booming.